blazing_saddles Posts: 19,401
August 2020 in Pro race
A few months ago, the most common comments to be read upon these boards were: "It will never happen" , "Not a chance" and "Without a vaccine it's impossible due to numbers..."
Yet, here we are, less than two weeks from the Grand Départ and despite infection rates increasing within all the big cycling nations, racing the new UCI calendar is now well and truly underway.

So, I may be tempting fate, but is the thread I saw had been requested a few days back.
Be it team info, local flavour, general discussion, chit chat or idle speculation, pictures, posters tweets or clips, feel free to stick it all here, just so long as it is somehow connected to this: 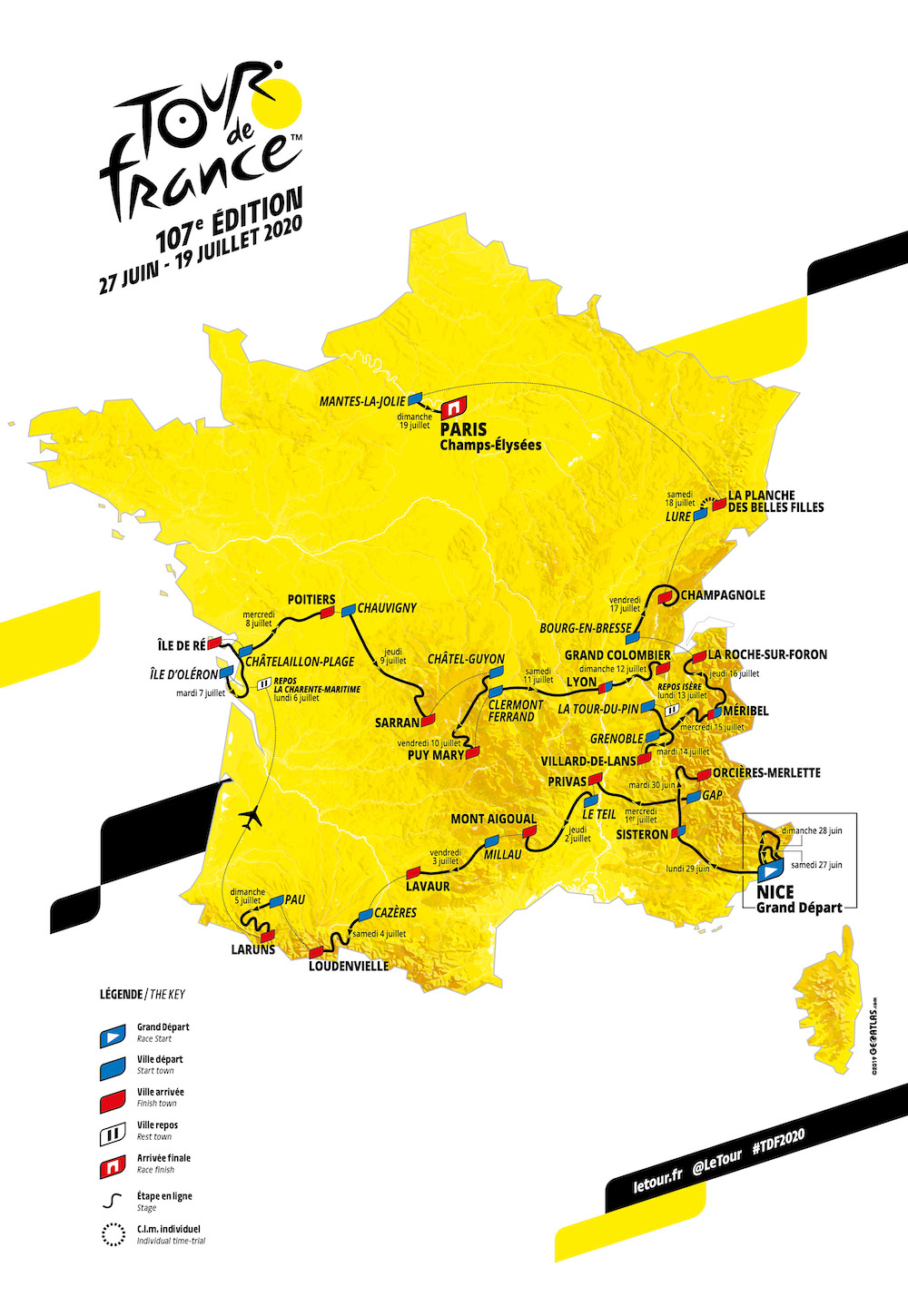 From Nice to Paris, the course of the 2020 Tour de France will never cross any border of France. A total of 6 regions and 32 departments will be travelled through.

The five mountain ranges of France will be on the menu of the 107th Tour de France. In the following order of appearance: Alps, Massif central, Pyrenees, Jura and Vosges. There will be four new climbs: Col de la Lusette and Suc au May in the Massif central, Col de la Hourcère in the Pyrenees and Col de la Loze in the Alps as well as the one to the Col de la Madeleine by a sinuous road.

In 2020, there will only be one time-trial that will be covered individually. It will take place on the penultimate stage between Lure La Planche des Belles Filles on a distance of 36 kilometres.

They will be distributed at the finish of each normal stage and will offer respectively 10, 6 and 4 seconds to the first three.

They will be given out at the top of the 8 summits of the following climbs at strategic places on the course and will award respectively 8,5 and 2 seconds (subject to the approval of the Union cycliste internationale) to the first three ranked riders:

These bonus points will have no influence on the points classification.