After the double ascent of Mont Ventoux on stage 11 the race returns to less testing terrain with a 159.4 kilometre stage from Saint-Paul-Trois-Châteaux to Nîmes. Along the way, the Tour peloton moves through the stunning Gorges de l’Ardèche. Saint-Paul-Trois-Châteaux has been a regular host to Tour starts over the past decade. Although there is only one short climb positioned mid-way through the stage there’s another chance that echelons a
nd crosswinds. Much of the stage heads south, following the broad valley of the lower Rhône and enters the Gard department.

The race to Nîmes is predominantly played out on flat to rolling roads. The exposed roads at this point could be a key if the wind picks up before the peloton hits the third cat climb of the Côte du Belvédère de Tharaux.
The last decade saw two Tour de France stage finishes in Nîmes. Most memorably in 2014, when in pouring rain, breakaway rider Jack Bauer was caught in the dying metres of the race before Alexander Kristoff sprinted to victory. 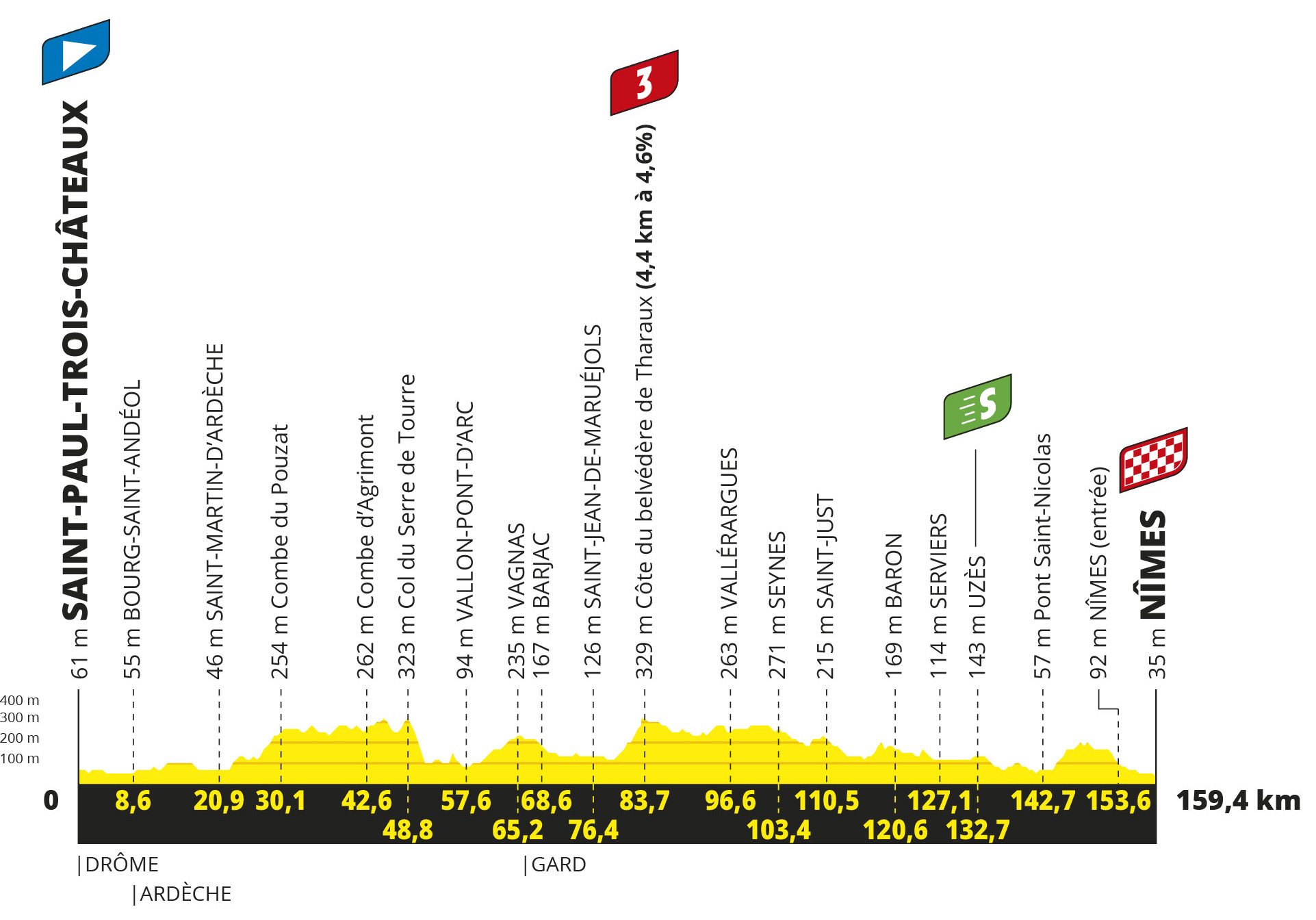 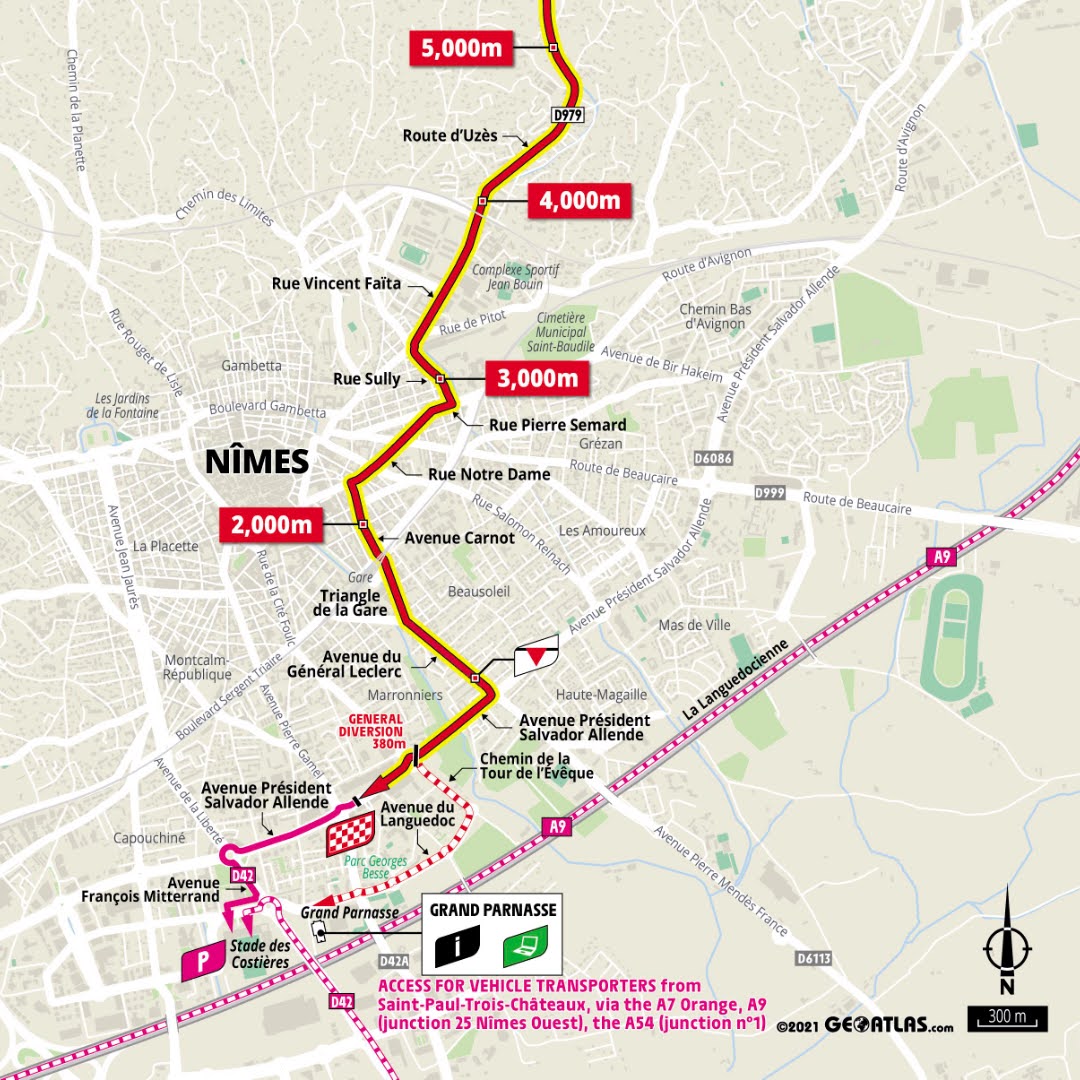 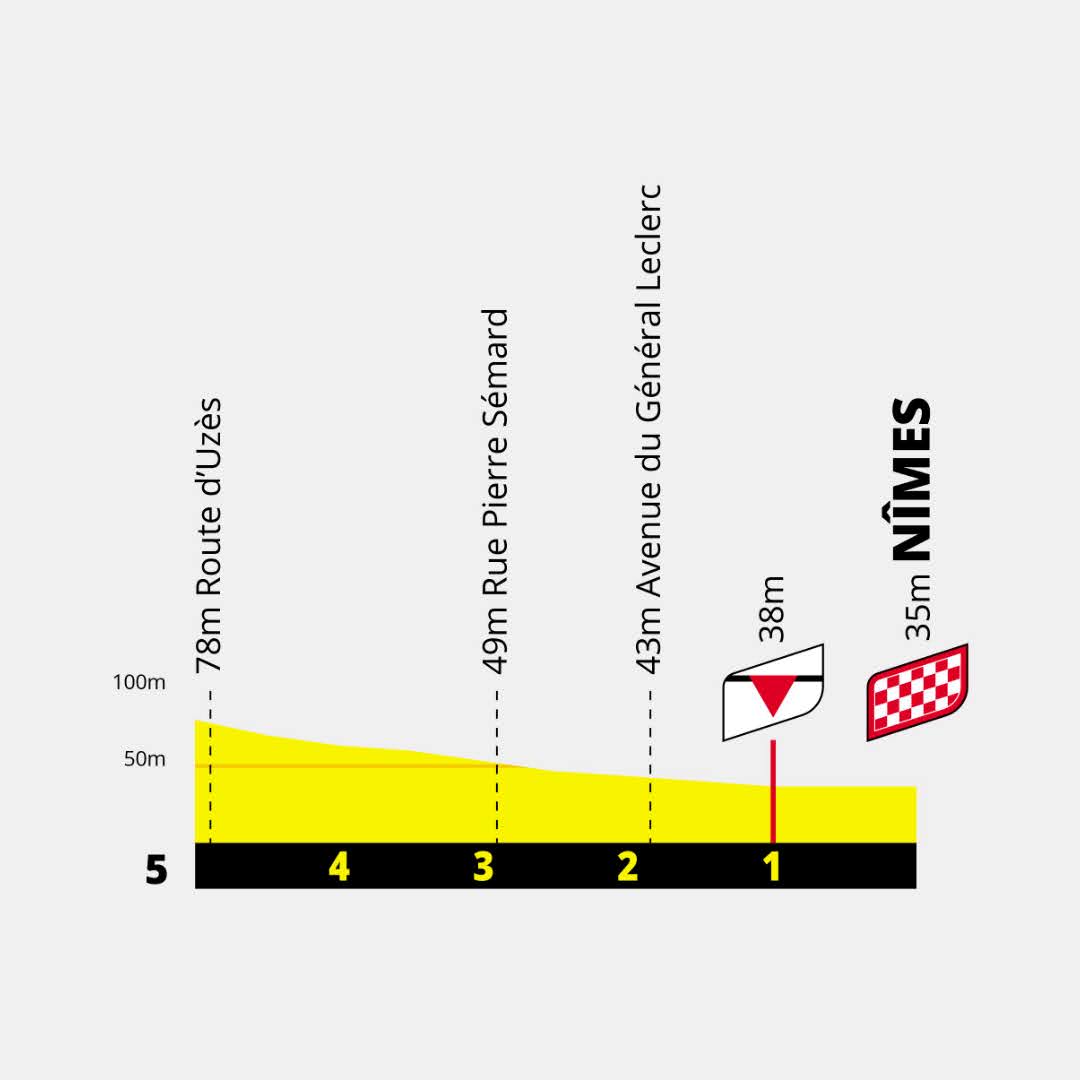 The area around Nîmes is known for weather phenomena such as the the Mistral, Tramontana and Sirocco. In short, strong winds are not uncommon. So, this could be either a relatively quiet day in the Tour or one of the most intense battles of the race so far.
All eyes will be on the the weather forecast......

Saint-Paul-Trois-Châteaux has many assets that make this town of 9,500 inhabitants an emblematic place in the Drôme provençale. It has the charm of a village and the assets of a dynamic town.
Saint-Paul-Trois-Châteaux has been used as a relay for the Tour de France in the Rhône Valley on three occasions.
In 2011, the peloton headed for Gap where Thor Hushovd won ahead of his compatriot Edvald Boasson-Hagen. The following year, the race finished here again on its way to Cap d'Agde, where André Greipel made a show of strength and speed.
Finally, in 2018, the riders set off for a stage that ended in Mende with the victory of Omar Fraile.

Wines of Grignan-les-Adhémar
Hindered by the notoriety of the nuclear power plant of the same name, but also by the small size of their vineyard, the former Coteaux du Tricastin obtained from the 2010 harvest onwards, by exceptional decision of the INAO, to rename their appellation Grignan-Les Adhémar. The red wines represent more than 70% of the production and express their own personality within the Rhone Valley by a successful marriage of six red grape varieties: Syrah and Grenache, assisted by Carignan, Mourvèdre, Cinsault and Marselan.

Saint-Marcel cave
The cave was discovered in 1836 by a hunter whose ferret had slipped into a cavity. To date, 57 km of galleries have been explored and catalogued. The Saint Marcel cave contains a vast network of underground galleries, cascading pools, sumptuous cathedrals, strange concretions, huge rooms with evocative names.

Dubbed the most Roman city outside Italy, Nîmes has a rich history dating back to the Roman Empire when the city was a regional capital. The site on which the built-up area of Nîmes has become established in the course of centuries is part of the edge of the alluvial plain of the Vistrenque River.
The 18 stages of the Tour de France to finish in Nîmes often favoured sprinters. One of the very first passages through the town, in 1904, remains famous: unhappy with the disqualification of their favourite, Ferdinand Payan, Nîmes fans had welcomed the peloton with stones! But the most beautiful legend of the Tour forged in Nîmes was that of Abdel-Kader Zaaf, who broke clear with Marcel Molinès and who, after a crash, set off again in the opposite direction of the race. It was said that he had accepted a flask of wine handed to him by the spectators. 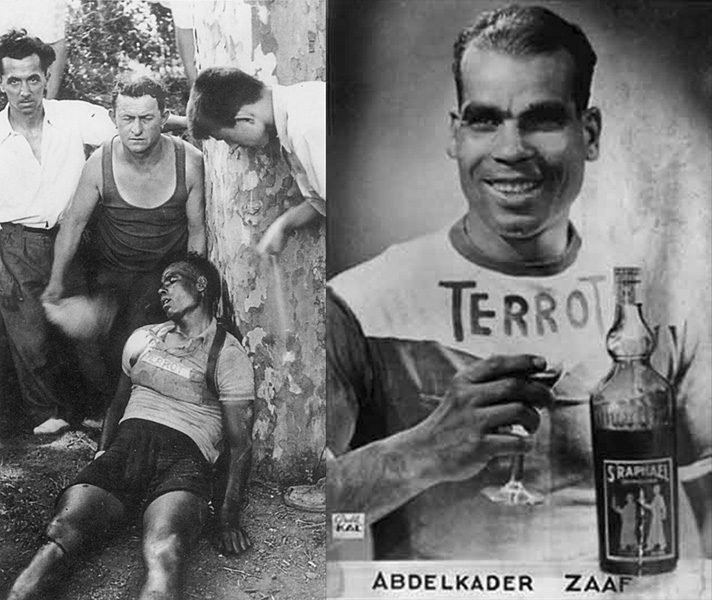 Les Arènes
Dating from the 1st century BC, it is one of the best-preserved Roman amphitheatres in the world. Oval in shape, it is 133 metres long and 101 metres wide with a track measuring 68 by 38 metres. Measuring 21 metres high, its exterior façade is two-storey with 60 superimposed arcades and an attic, separated by a cornice. 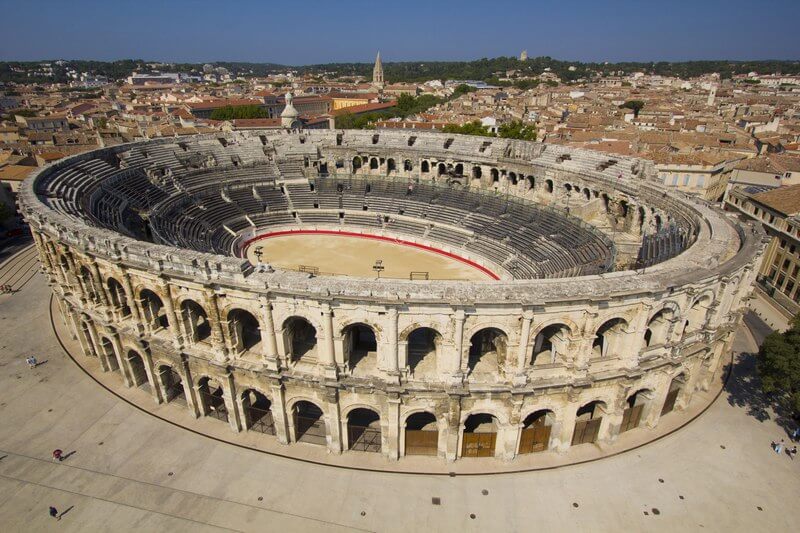 Nîmes brandade
Brandade is a speciality of Nîmes made from cod or, more precisely, hake, which was the name given to salted and dried hake, a fish caught in the Mediterranean, before becoming the local name for cod.
The brandade was born from the meeting of three ingredients that could only be found in Nîmes: sea salt harvested fifty kilometres away, local hake later replaced by cod, and olive oil, which is abundant here.