The penultimate stage of the Giro is the last uphill test. The route adds up to 190 kilometres and the riders crest the climb to Sestriere three times in the last 50 kilometres. 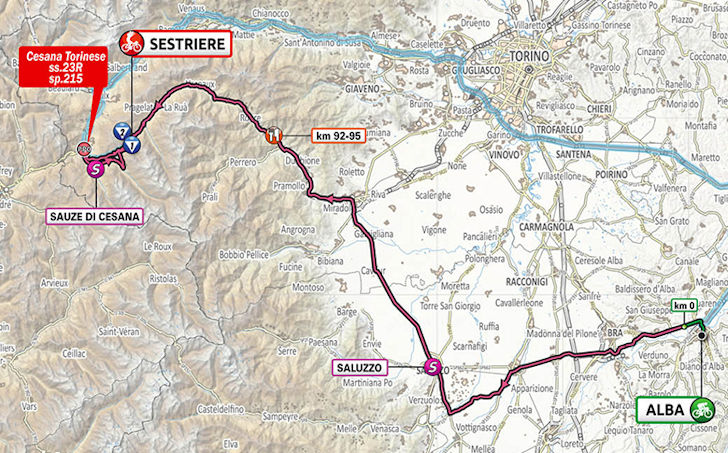 The new stage 20 will feature roughly 3500m in vertical elevation". From Alba the route goes to Pinerolo across the plain through medium-wide and straight roads. The first 110 kilometres of the route are virtually flat before the route starts to climb at very shallow gradients for tens of kilometres. A false flat that changes gradually into an ascent of 9.2 kilometres at 5.4% before the riders move through Sestriere for the first passage through Sestriere (the riders will not pass over the finish line).

This is my best guess to the profile of the Sestriere climb from the east (9.2km at 5.4 per cent being the final categorised part) 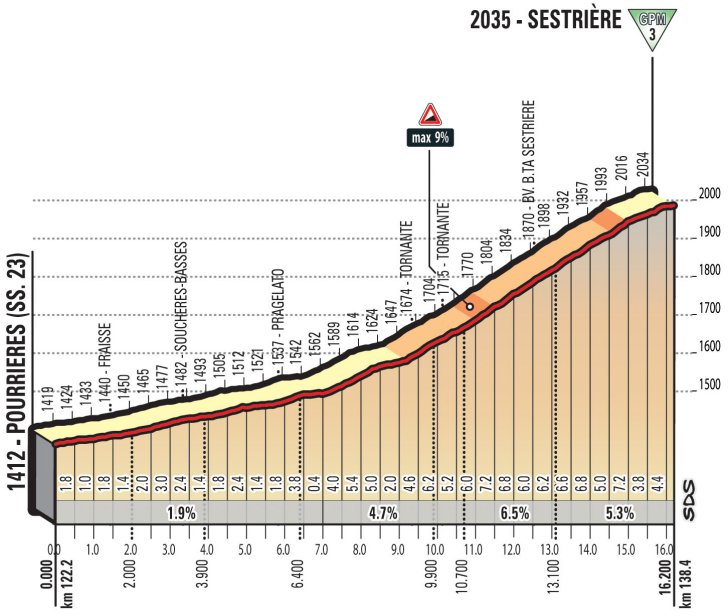 The race continues with two identical laps on a circuit around the ski resort. Firstly, the route descends into Cesana Torinese before returning to Sestriere on different roads. The first part is a false flat and shortly after Rollieres the gradients increase. But in comparison to the original 20th stage it is really nothing. The second (and third) climb to Sestriere is 11.4 kilometres long and the average gradients sits at 5.9%. 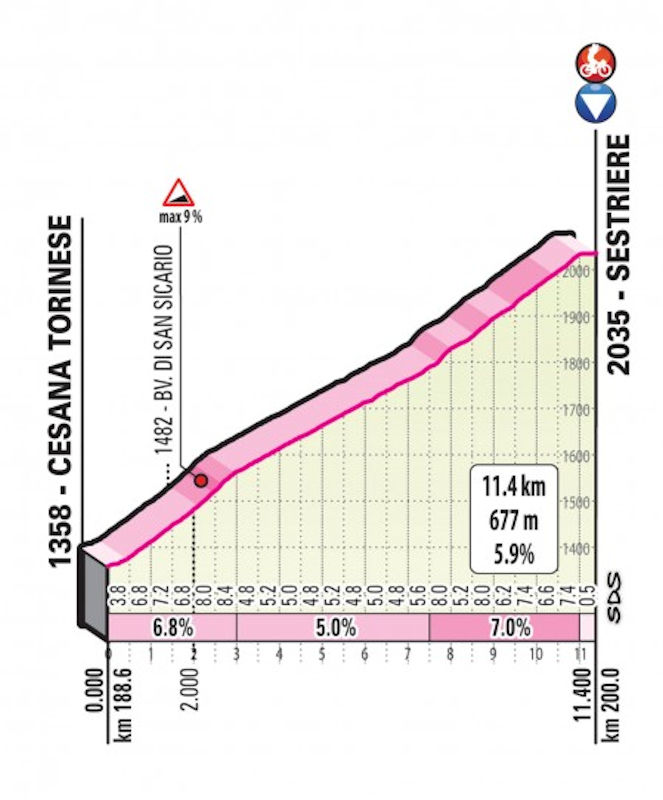 These ascents are the final chance for those still in contention for the GC to attack but it is questionable as to how much time can be gained with these gradients and no Agnello or Izoard in the legs. 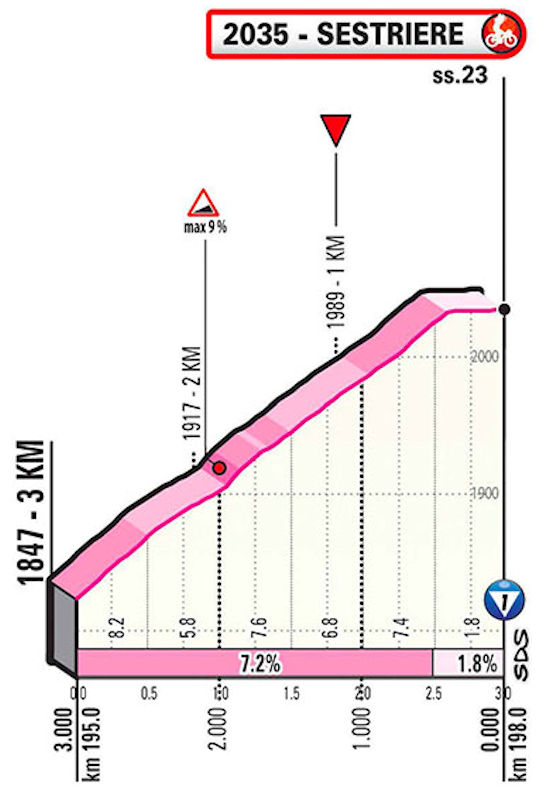 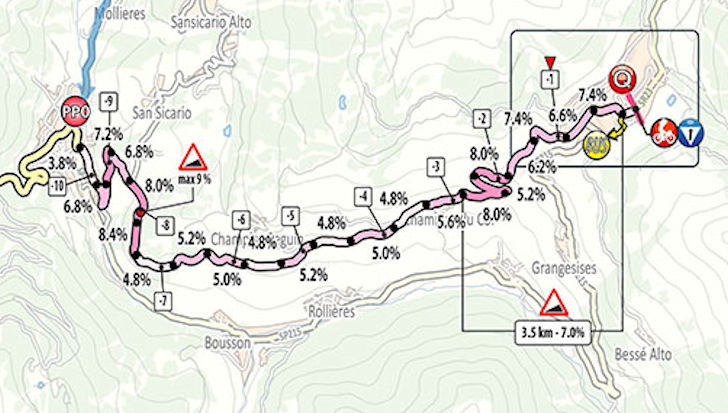 The last time that the Giro finished in Sestriere was in 2015. Fabio Aru soloed to victory ahead of Ryder Hesjedal and Rigoberto Uran.

Alba, Creative Cities of UNESCO, is nestled in the hills of Southern Piedmont, not far from Turin and Milan. Alba is as the “capital” of the area, the heart of the gastronomic Langhe Roero district, renowned for its excellent products, increasingly sought after as a tourist destination.
The city and the surroundings provides a rich gastronomic offer: wine cellars, wine bars, farmhouses, inns and restaurants; you just have to choose where to start your journey through the tastes and flavors of the cuisine. The Alba White Truffle is the King of the culinary world. 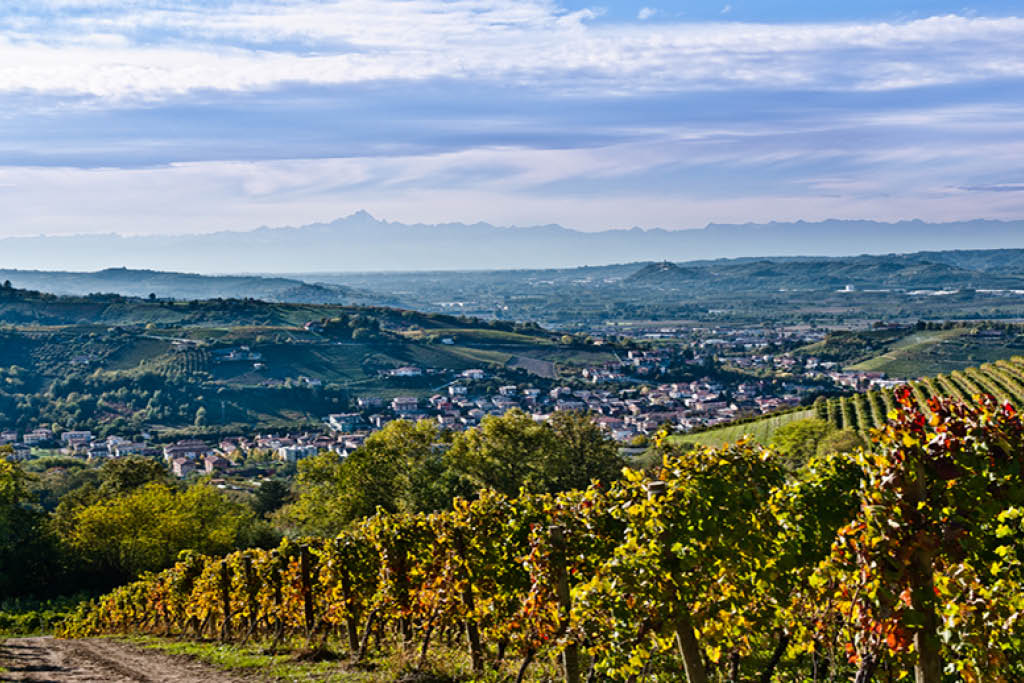 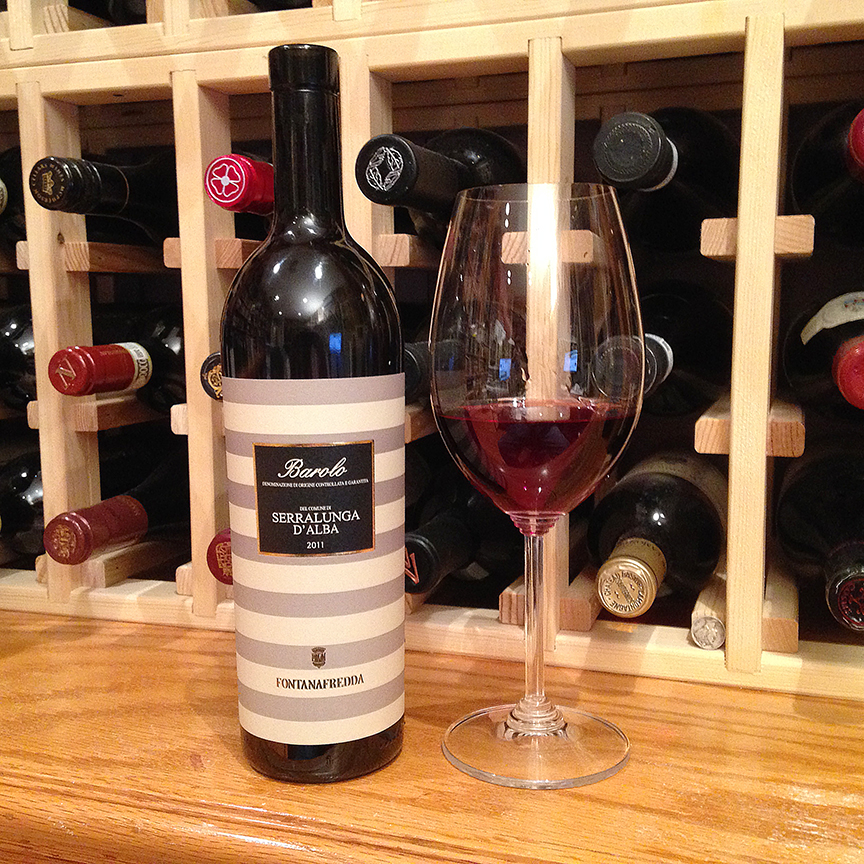 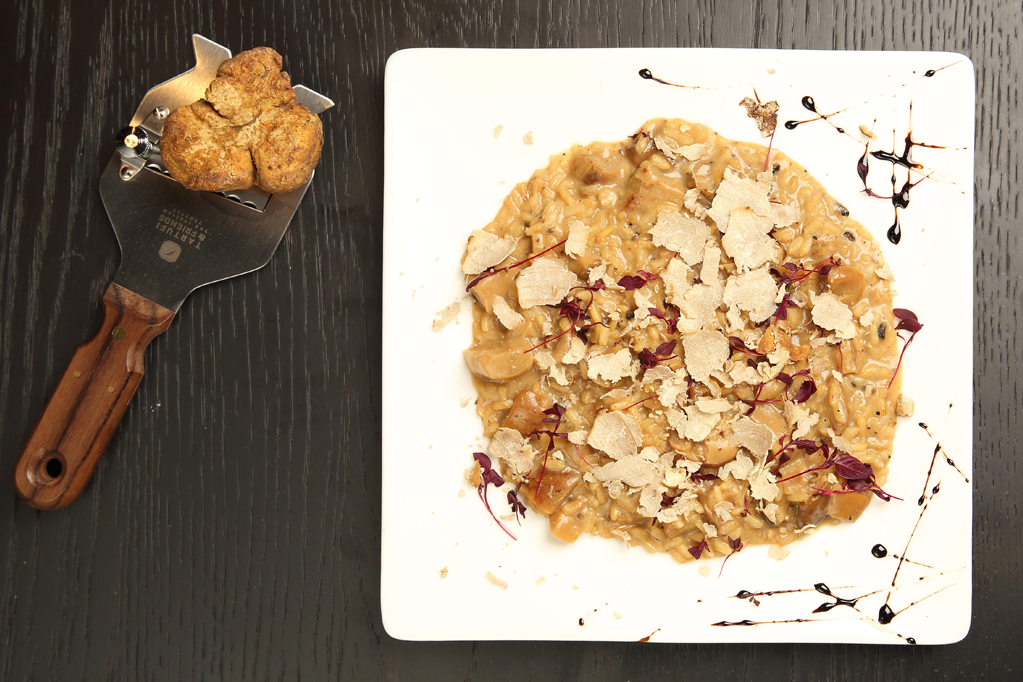 Last but not least, the desserts made with Nocciola Piemonte PGI, such as the hazelnut cake and the bunet (a traditional chocolate pudding to be eaten by the spoon). Sestriere has 929 inhabitants and is located on the pass that links Val Chisone and Val Susa, at 2,035 metres (6,677 feet) above mean sea level The village is completely surrounded by mountains, which have been exploited to build one of the biggest ski resorts in Italy.
Formerly, the pass belonged to the municipality of Cesana, but from 18 October 1934 the area was unified with the hamlet of Borgata (formerly belonging to Pragelato) to create the new municipality of Sestriere. The ski resorts at Sestriere were built in the 1930s.
It is also in the legend of great cycling as an alpine location that hosted the arrival of many stages of the Giro d’Italia. 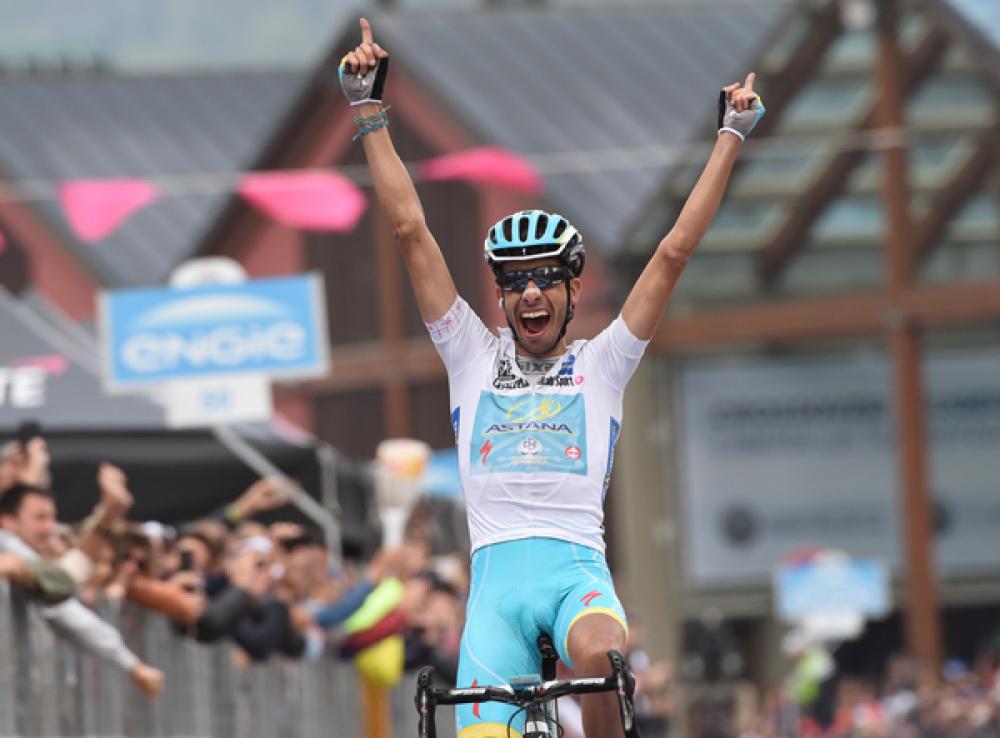