At 209.5 kilometres, the Tour de France serves its first high altitude stage on the 12th day of action. Following the start in Toulouse the riders head into the Pyrenees for a race with a downhill finish in Bagnères-de-Bigorre. 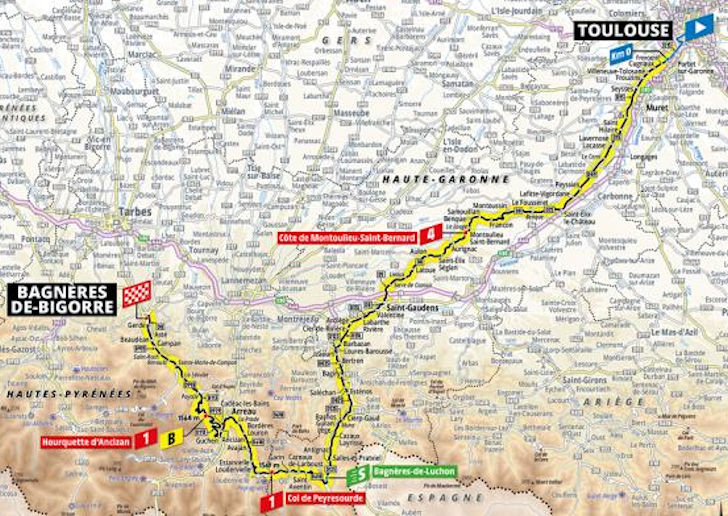 he last time Bagnères-de-Bigorre was included as a stage finish on the Tour de France was in 2013. The race led over the Col de Portet-d’Aspet, Col de Menté, Col de Peyresourde, Col de Val Louron-Azet and La Hourquette d’Ancizan before ending with a descent of 30 kilometres. Daniel Martin bested Jakob Fuglsang in a two-up sprint, while the GC-contenders finished 29 seconds behind.
The 12th stage of the 2019 Tour de France is not as tough as that race.

Following the start in Toulouse the route travels on flat to rolling roads for more than 120 kilometres before the first mountain appears. Along the route there are several towns that hold a long association with the Tour.

Bagnères-de-Luchon (Pop: 2,700)
Its ideal position at the foot of the great Pyrenees mountain passes allowed Bagneres-de-Luchon to host the Tour de France 55 times, a record for a town of this size. The spa town made the Tour history as early as 1910 when it hosted the first two high-mountain stages in the history of the race. Both were won by Octave Lapize, the eventual Tour winner.

The Col de Peyresourde (13.2 kilometres at 7%) is crested at kilometre 138 and the riders plunge down to the valley. Up next is La Hourquette d’Ancizan, which is a 9.9 kilometres climb at 7.5%. The first three riders at its crest earn bonus seconds (8, 5 and 2) before the race ends with the same 30 kilometres downhill as five years ago. 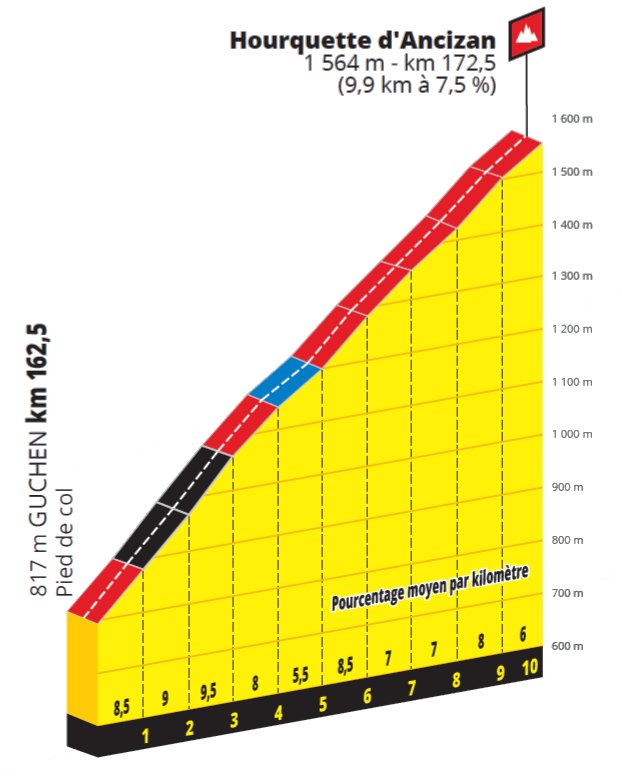 The 2008 Tour de France also saw a stage from Toulouse to Bagnères-de-Bigorre. Featuring the Col de Peyresourde and the Col d’Aspin, the race ended with a descent to the finish. Riccardo Riccò soloed to the win. We all know what happened next!

Aficionados of downhill finales are treated in the 12th stage. To win the race you have to be a good climber and dito descender. Arguably, the stage is likely to see the breakaway succeed. With no rider on board who is high ranked on GC, the route is tailor-made for the attackers to build an advantage that allows its members to decide the day’s honours between them. The best climbers will put each other to the test on La Hourquette d’Ancizan and, if necessary, in the downhill. The first part is steepest, so best suited to open up a gap, while the final kilometres are virtually flat.

Population: 7,970 and 18,300 in the 25 communes of Haute-Bigorre.
A little less frequently visited by the Tour than its namesake of Luchon, the spa town of Bigorre has nonetheless crowned big names like Raphael Geminiani, winner of the first stage held in the city in 1952, or his protégé Jacques Anquetil, eleven years later in 1963. In 1952, "Gem" had won the day after a rest day, as he had previously done in Gap in 1950. The "Grand Rifle" never trained on days off, preferring to spend time with his wife. The method proved effective... The victory of Anquetil was particularly significant for the Norman as it was his first success in a mountain stage, and his first in a bunch stage since 1957!

Subsequently used primarily as a launch-pad for Pyrenean stages, Bagneres-de-Bigorre hosted two more finishes in 2008 and 2013, when Dan Martin won at the expense of Jakob Fuglsang the year of his victory in Liège-Bastogne-Liège.
It was in Bagnères-de-Bigorre that Laurent Fignon set up a centre dedicated to cycling. 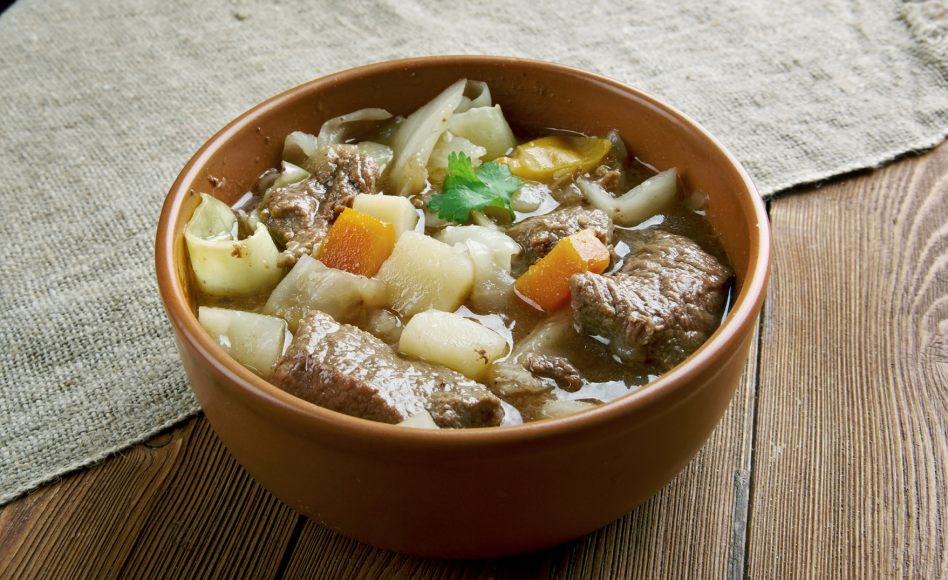 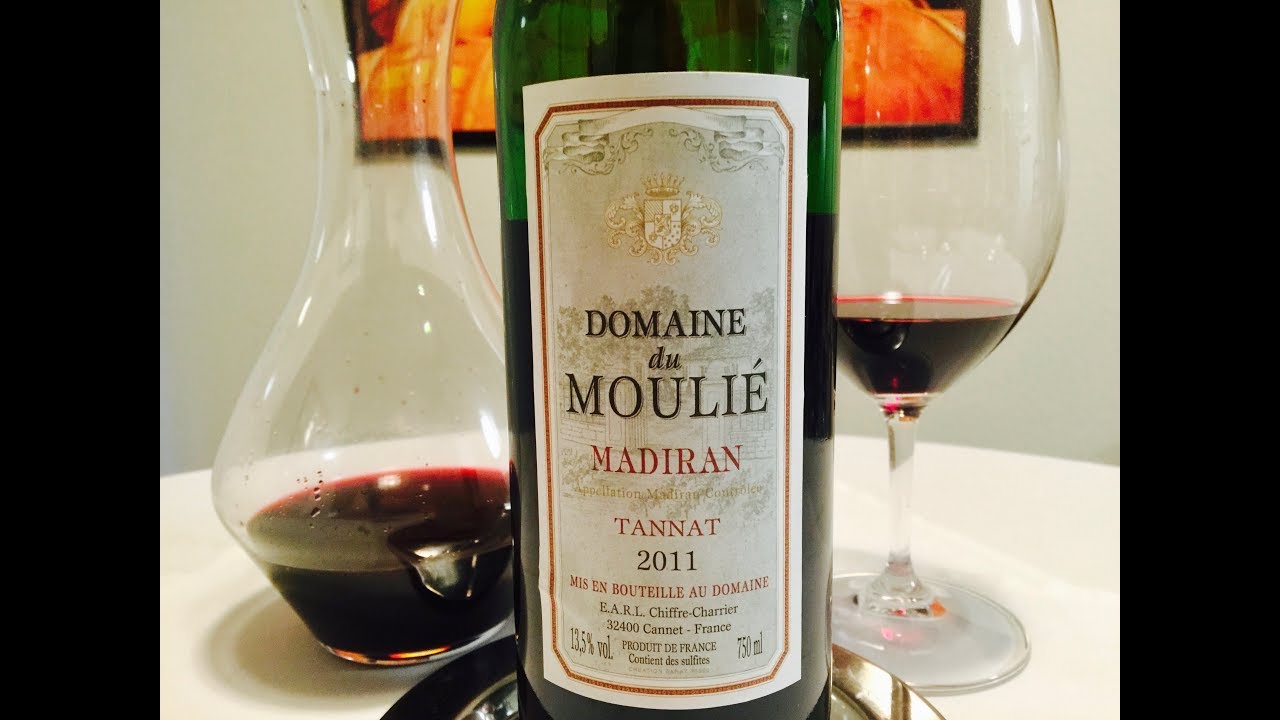