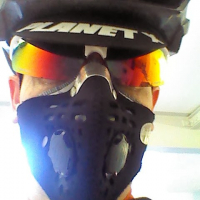 rjsterry Posts: 22,328
January 2018 edited January 2018 in The cake stop
I thought about putting this in the seemingly trivial thread but it's more than that. I passed through Clapham Common tube station today and it has been carpet bombed with pro-vegan advertising. 80-90% of the advertising space including the turnstiles has been bought out by Eden with various cutesy photos of cuddly farm animals and photogenic people gazing longingly at them.

Mostly I can't get too worked up about other people's eating habits but there was something more belligerent and downright dishonest about this. The tag line on every poster was "They trust us. We butcher them."

For starters, projecting the concept of trust onto animals is just rose tinted anthropomorphism. Their animals not four-legged furry people FFS.

Then there is the (inaccurate) implication that anyone who eats eat meat is a callous censored who doesn't give a damn about the welfare of the animals they eat. This suggests at best a level of ignorance of how meat is produced in this country. The smug self-righteousness of it is just breath-taking. Yes, meat is butchered after the animal has been killed.

The best bit was that Eden have set up a "farmed animal sanctuary" (aka a farm) in Ireland where "rescued" animals endure a long journey so that they can live out their slightly longer lives before dying of old age or disease.

If people aren't comfortable eating meat that's absolutely fine, but the attempt to guilt-trip people into following suit with some cute photoshopped animals and misleading slogans and the fairytale that farm animals can be rescued is just nauseating.

Should I have just left this in the trivial thread?
1985 Mercian King of Mercia - work in progress (Hah! Who am I kidding?)
Pinnacle Monzonite