The Tour concludes with its by now traditional final stage that starts as a procession and ends with eight fast laps of almost 7 kilometres. Often regarded as the unofficial bunch sprinting world championship on the Champs-Élysées, this edition’s final fling begins in Chatou in the department of Yvelines, which is hosting the start of this stage for the fourth year in a row.
A glass of champagne, a photo shoot, a very slow pace – those are the ingredients of the parade stage on the final day of action.

The course turns southwards at Poissy, crossing the only climb of the day, the fourth-category Côte des Grès, and begins to loop to the west. It passes through Saint-Cyr-l’École, which hosted the start of this year’s Paris-Nice, the magnificent chateau at Versailles, the peloton’s speed picking up on the approach to the capital.
The riders enter the finishing circuit based on Place de la Concorde, the Champs-Élysées and the Arc de Triomphe with 56km remaining. 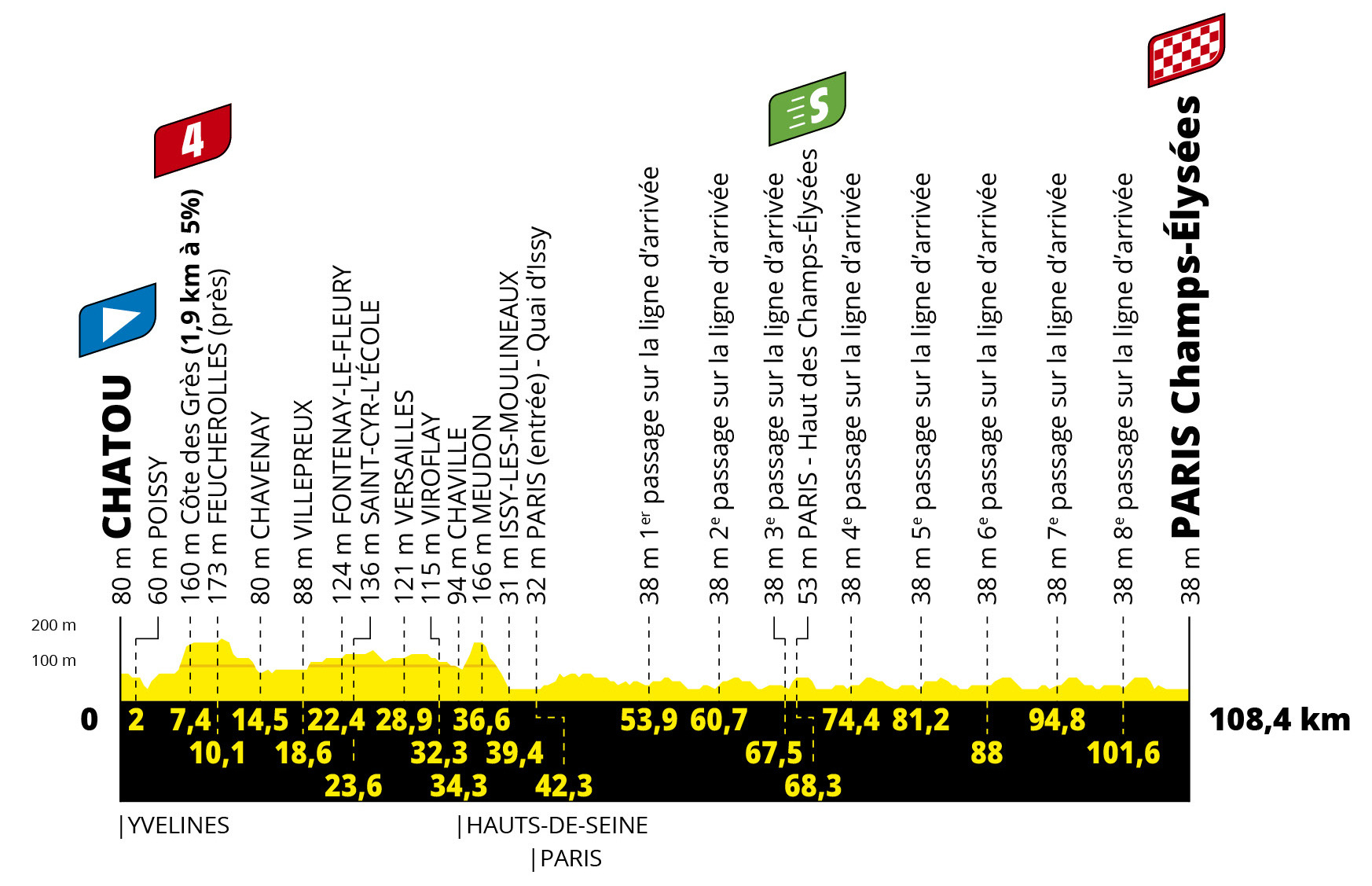 Between 2009-2012 the Champs-Élysées was Mark Cavendish's undisputed kingdom: four consecutive wins. Marcel Kittel, then André Greipel followed, with a brace of victories each. Dylan Groenewegen (2017), Alexander Kristoff (2018), Caleb Ewan (2019), and Sam Bennett (2020) have since powered to victory. 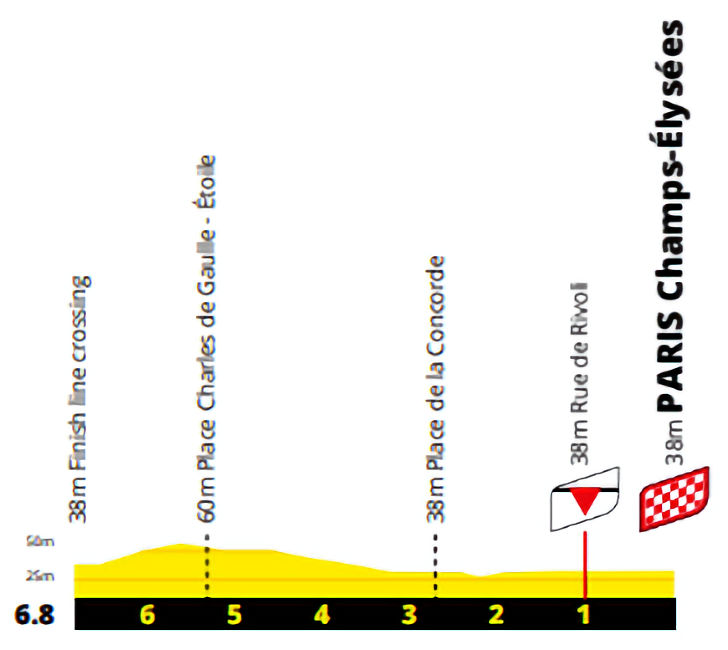 With the recent European football championships still fresh in people's minds, some sources claim that Chatou is the first town in France where football was played. AS Chatou.
Arriving by the Chatou bridge, you only have to look at the Seine and its banks to feel the change of scenery. The whole environment is bathed in blue-green hues: the water of the river, the trees, the bushes along it and the sky. You notice immediately that you are in the land of the Impressionists.
Sisley, Monet, Renoir, Degas and Manet all set up their easels here. 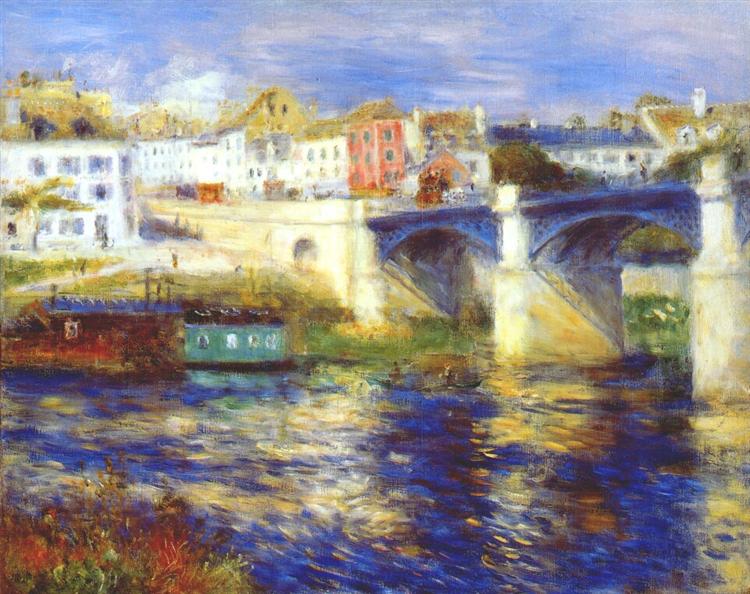 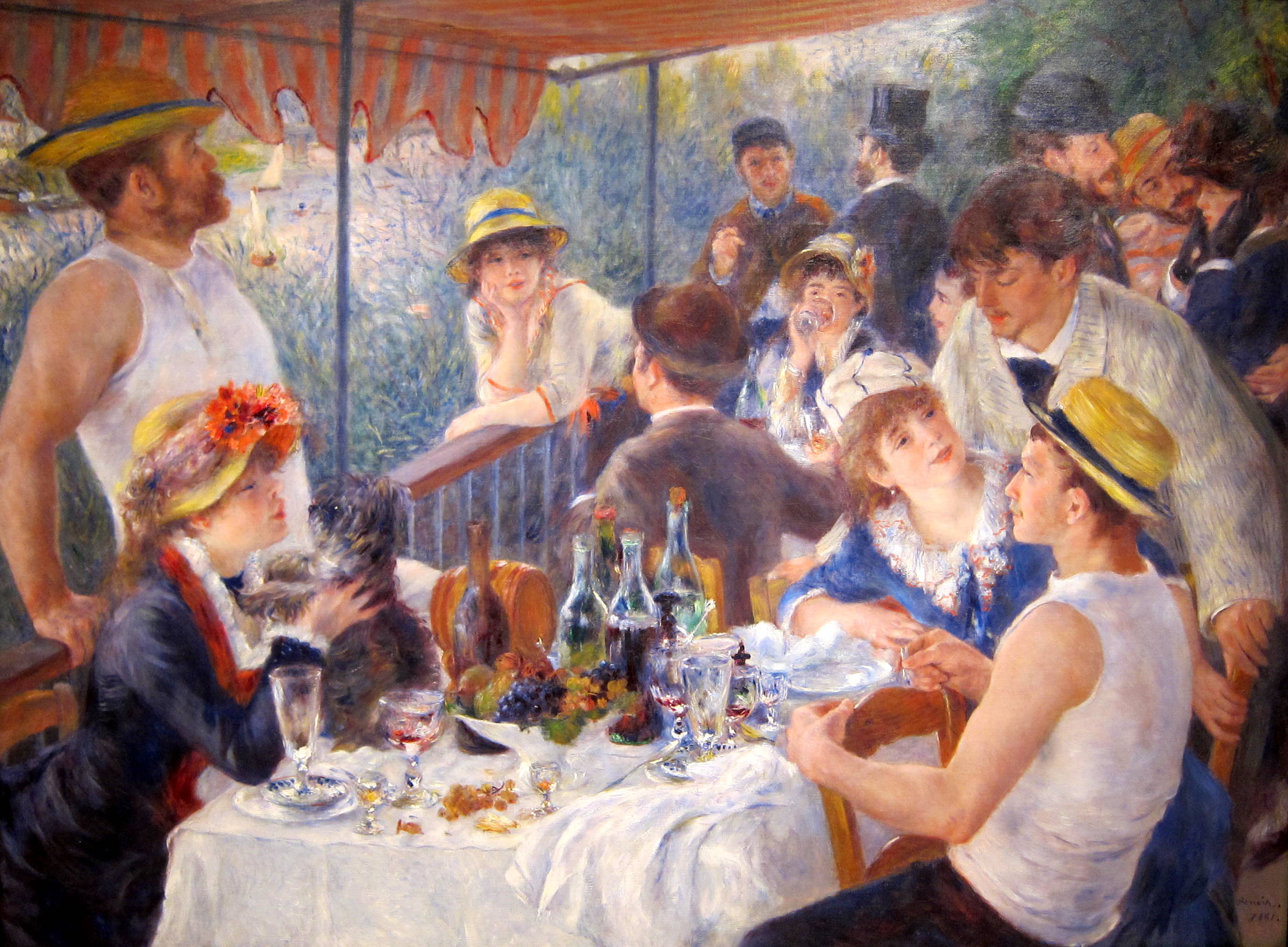 La Foire Nationale à la Brocante et aux Jambon or the ham and antiques fair of Chatou is held twice a year, in early Spring and Autumn. It's actually a mix of over 800 stands selling antiques and bric-a-brac, with an entire section dedicated to regional French foods, particulary pork in all its varieties. 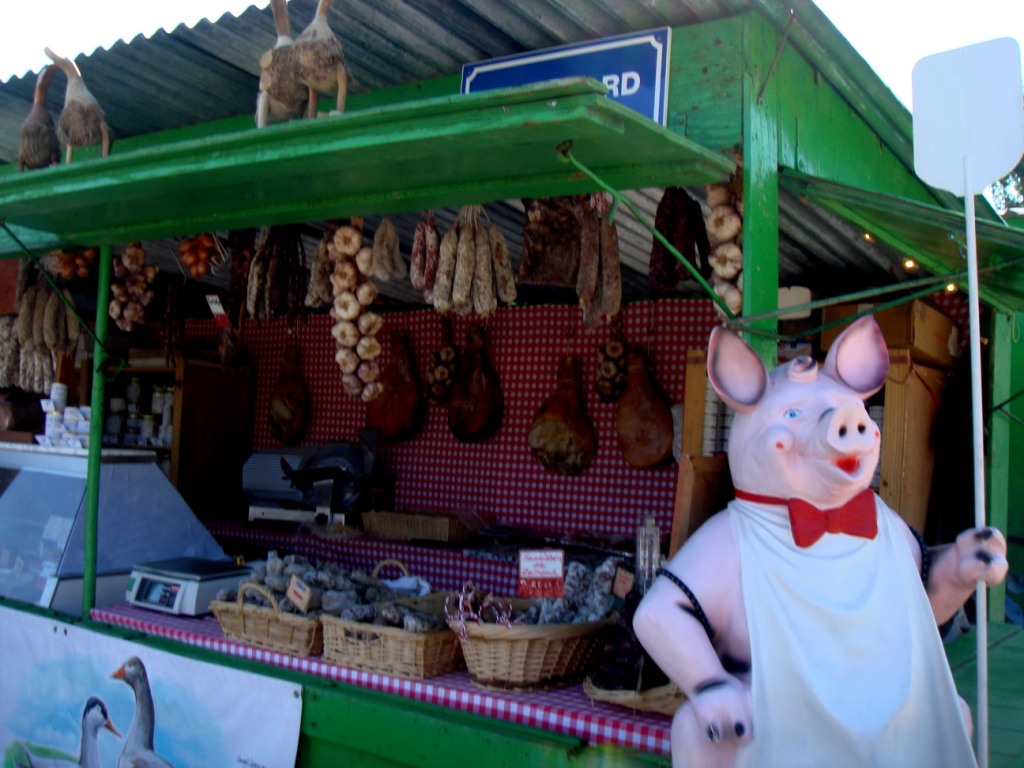 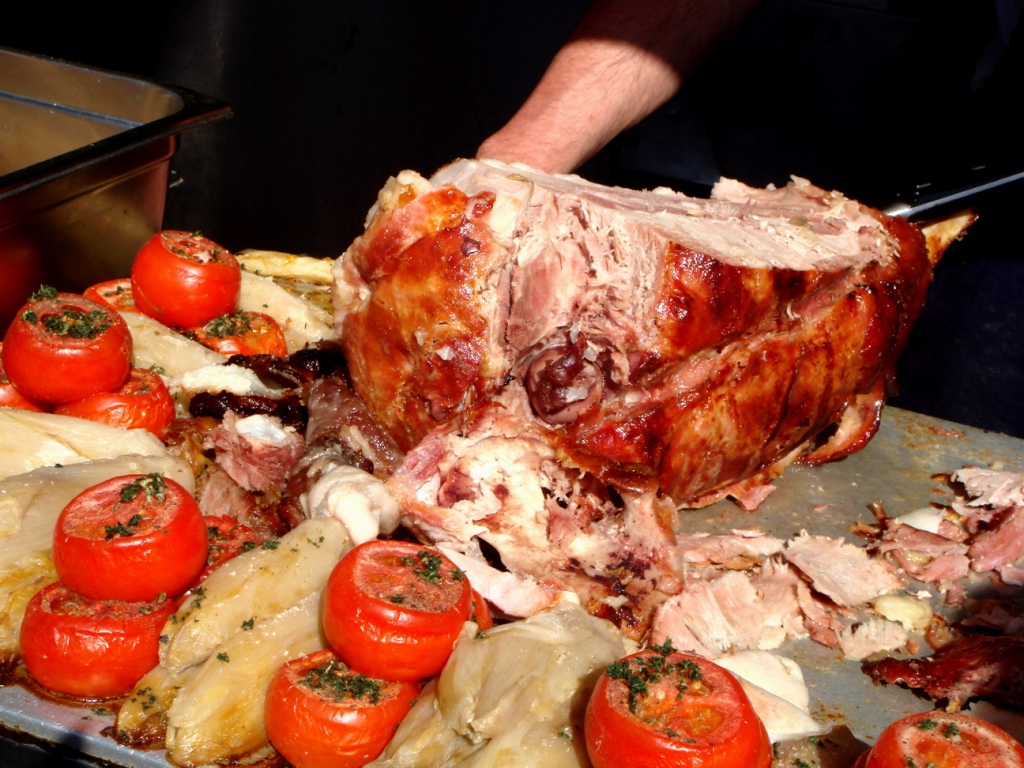 Noyau de Poissy
Noyau de Poissy has been produced 10 km from Chatou, in the centre of Poissy, since the late 17th century. It is a liqueur made from apricot kernels, macerated or distilled in a super-fine alcohol, in the presence, according to the recipe, of fine wine brandy, enriched with plants and subtly flavoured.
There are two varieties: Gobelet d'Argent has 25 pc alcohol, is amber in colour and offers a sweet almond fragrance pleasantly carried by a fine note of Armagnac; the Sceau de Saint Louis is a spirit with 40 pc alcohol, is transparent and expresses an elegant, powerful and very expressive fragrance of sweet almond with notes of frangipane and orange blossom.

46th finish on the Champs-Élysées
Population: 2,190,000
(from a slightly different perspective, this year)

Frequently described as ‘the world’s most beautiful avenue’, the Avenue des Champs-Élysées is nearly 2 kilometres in length. This historic thoroughfare runs from Place de la Concorde to the majestic Arc de Triomphe. The Champs-Élysées was once a swamp. It was in the 17th century that André Le Nôtre, gardener to the Sun King, traced its original path.

Foodies will find many delights to sample on a stroll along the Champs-Élysées: there is a Ladurée, known for mouth-watering French macarons, while a unique sensory experience mingling fragrance and pâtisserie is to be had at 86 Champs, an innovative concept store, that’s the result of a tie-up between Pierre Hermé and L’Occitane..

There are several Michelin-starred restaurants along the avenue: Ledoyen, where Yannick Alléno is head chef; 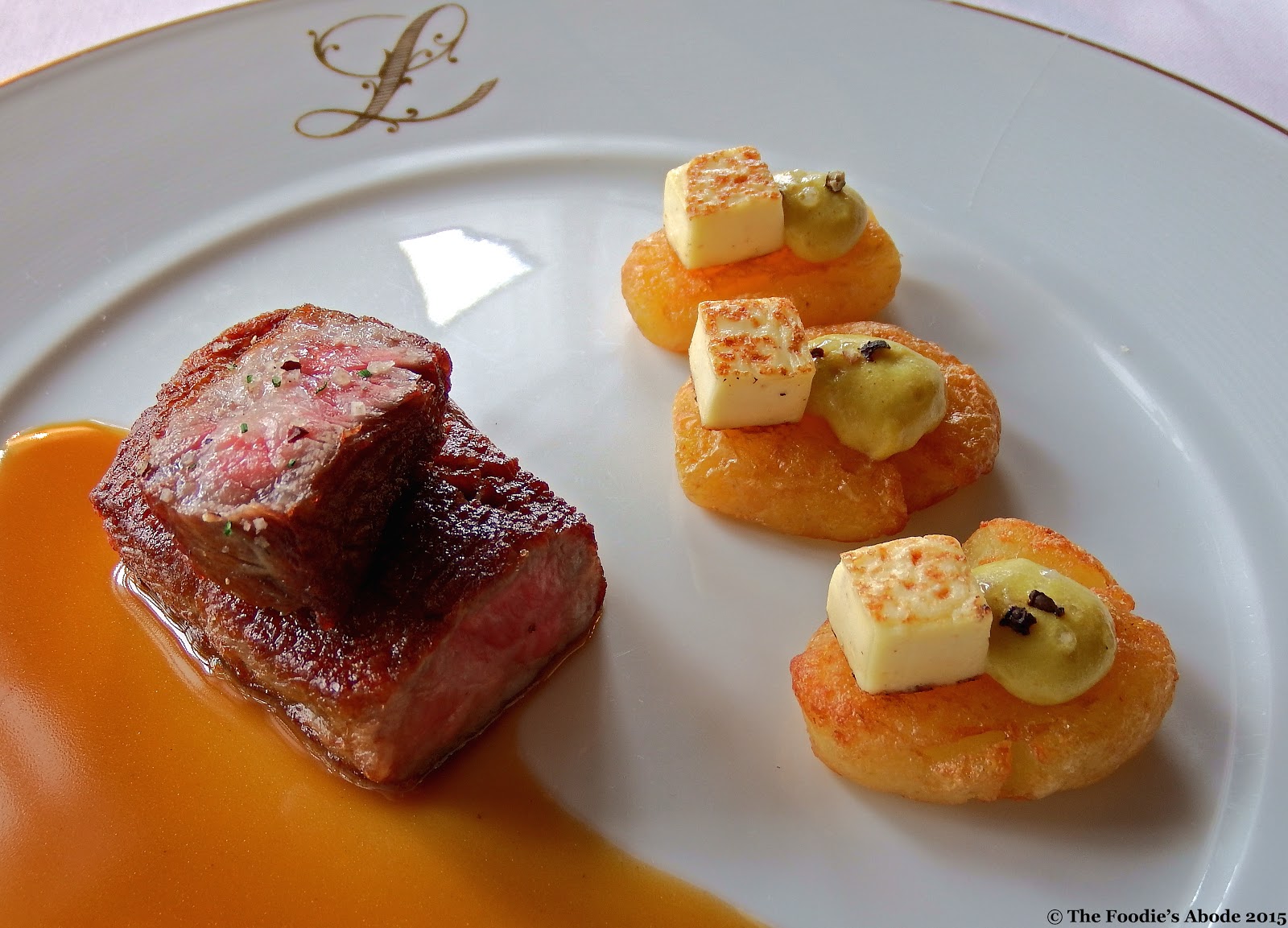 Laurent, Joël Robuchon’s L’Atelier Étoile, Copenhague, which serves gourmet Danish fare and Pizza Pino, a taste of Italy. Fouquet’s, the legendary brasserie, is located here, as is Publicis Drugstore, reputed for its club sandwich. If you’re in the mood for a culinary journey, why not try the Scandinavian specialities at Flora Danica, or a delicious rendering of traditional ‘choucroute’ (sauerkraut) from eastern France at L’Alsace. For something offbeat, head to the 53, the restaurant at L’Atelier Renault, with its Formula One-inspired menu.