Bastille Day is always special on the Tour de France and this one is certainly special: imo, it's this year's Queen stage. (although a case can be made for tomorrow, too)
The 2018 stage that first introduced the Col du Portet, with a F1 start grid that was the novelty, quickly discarded.
This year, we get a more traditional stage, with a178km route that traverses the Pyrenees, as the race departs Muret and heads in a South Westerly direction towards the mountains. 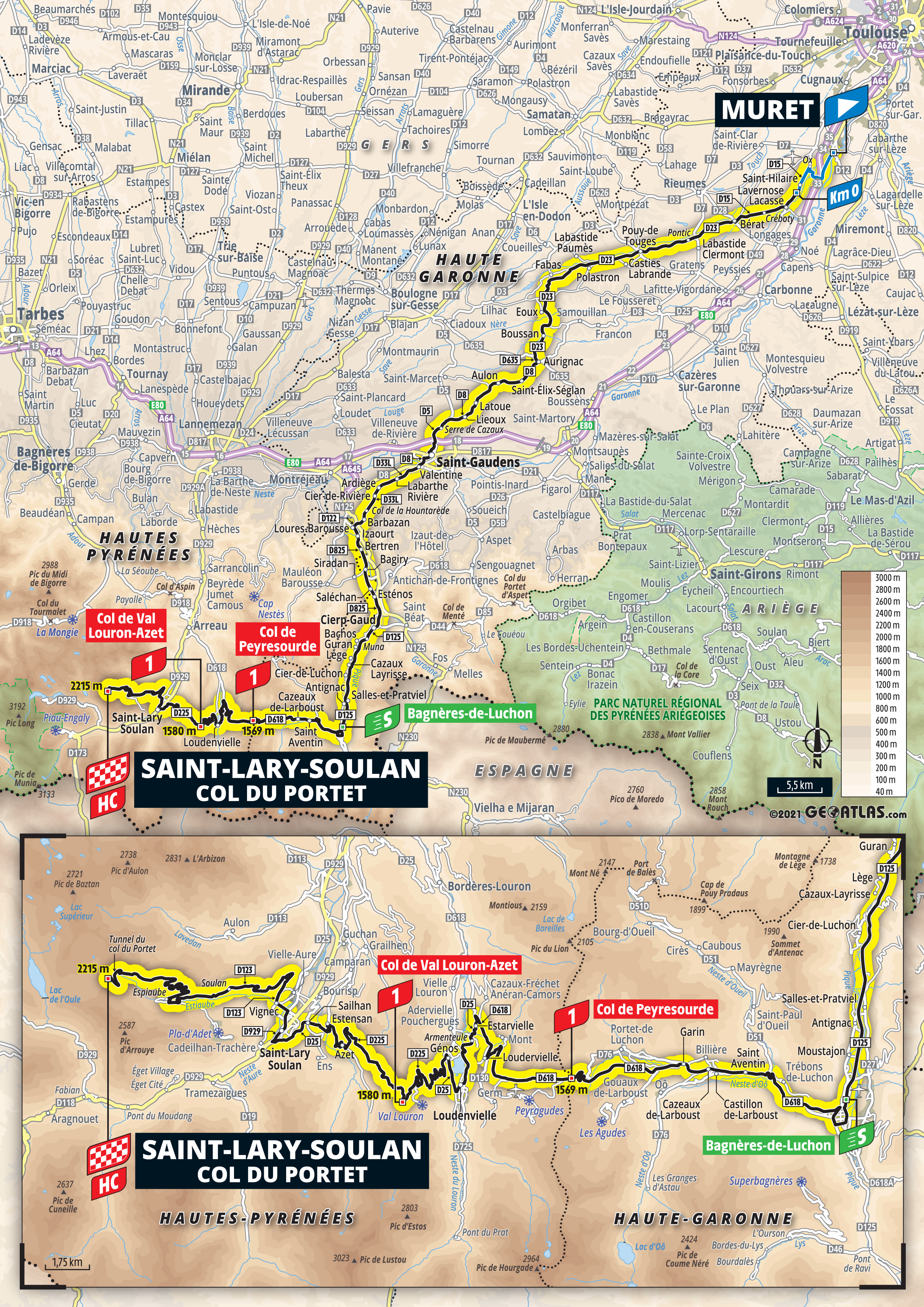 After 110kms of relative flat, the stage manages to pack two 1st catagory climbs and a hors catergory ascent into the last 65kms. (as in 2018) First up the slopes of the Col de Peyresourde and the riders will have barely any flat road ahead of them before the finish. It’s the easiest of the three climbs, although to describe it as easy would be insulting.
A descent, then on the flat very briefly as they circle the lake to reach the foot of the Col d’Azet: shorter, but steeper, than the Peyresourde. Straight after the descent, the long and hard finishing climb kicks in. The gradient on the Col du Portet is unrelenting. 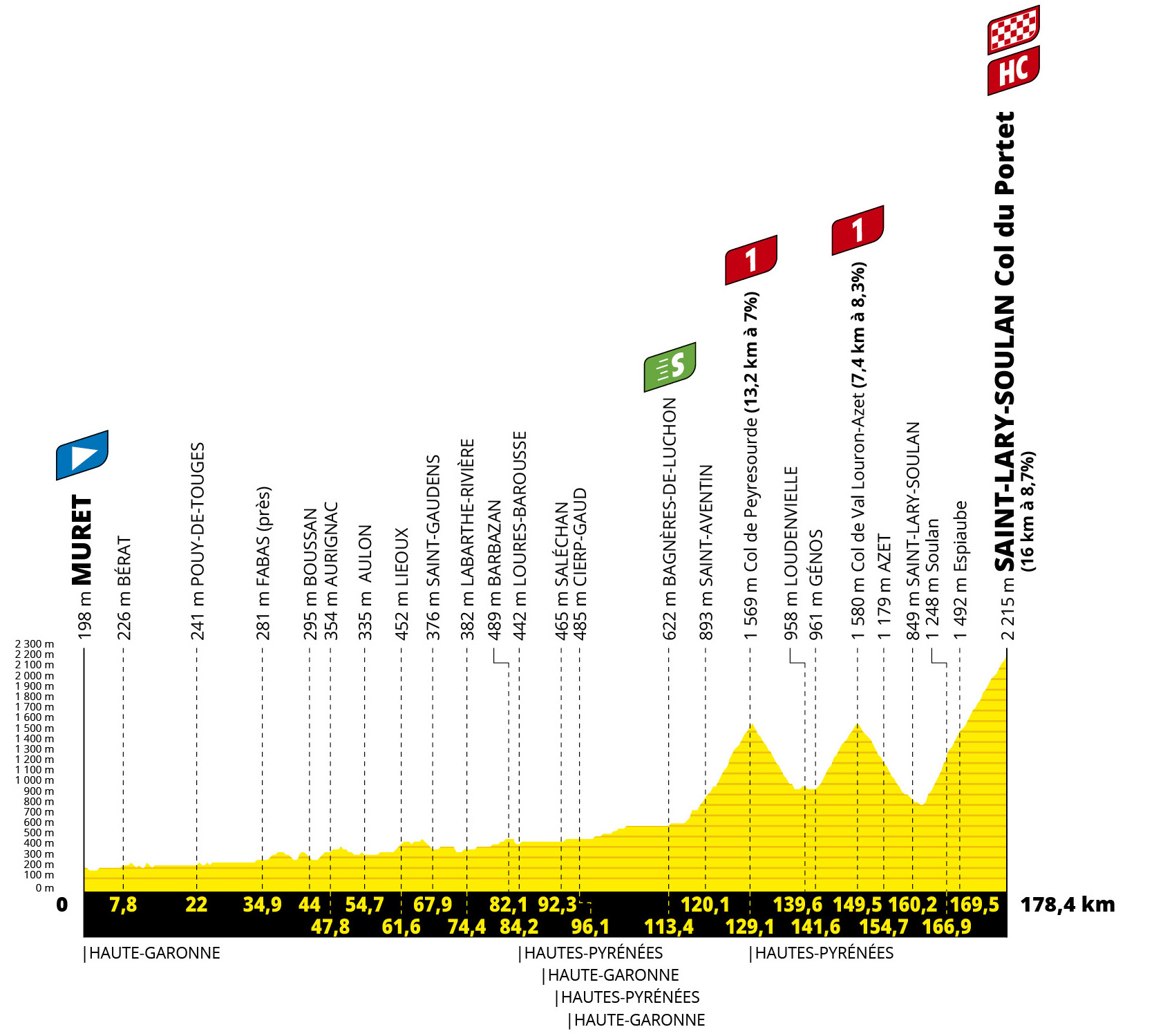 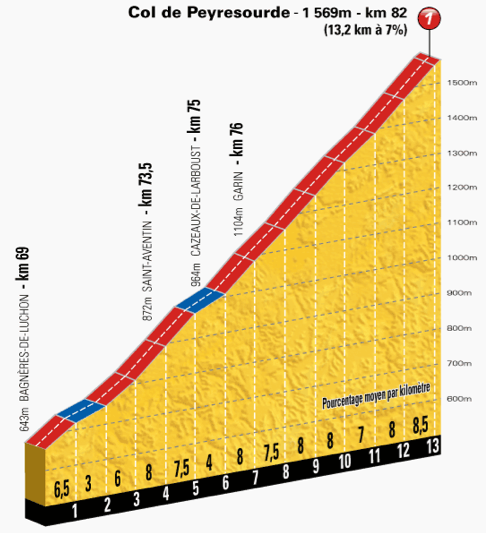 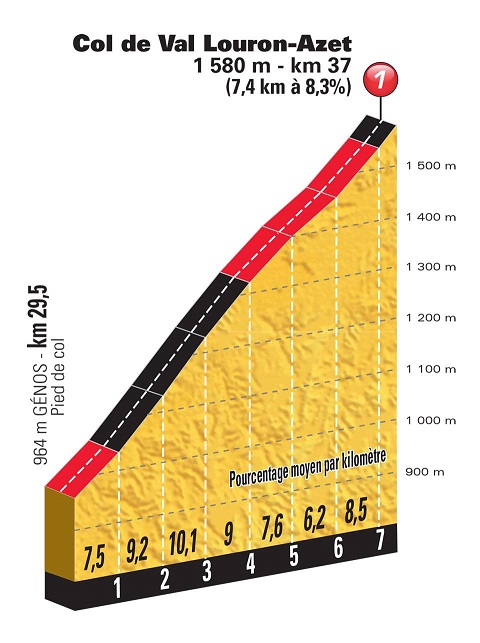 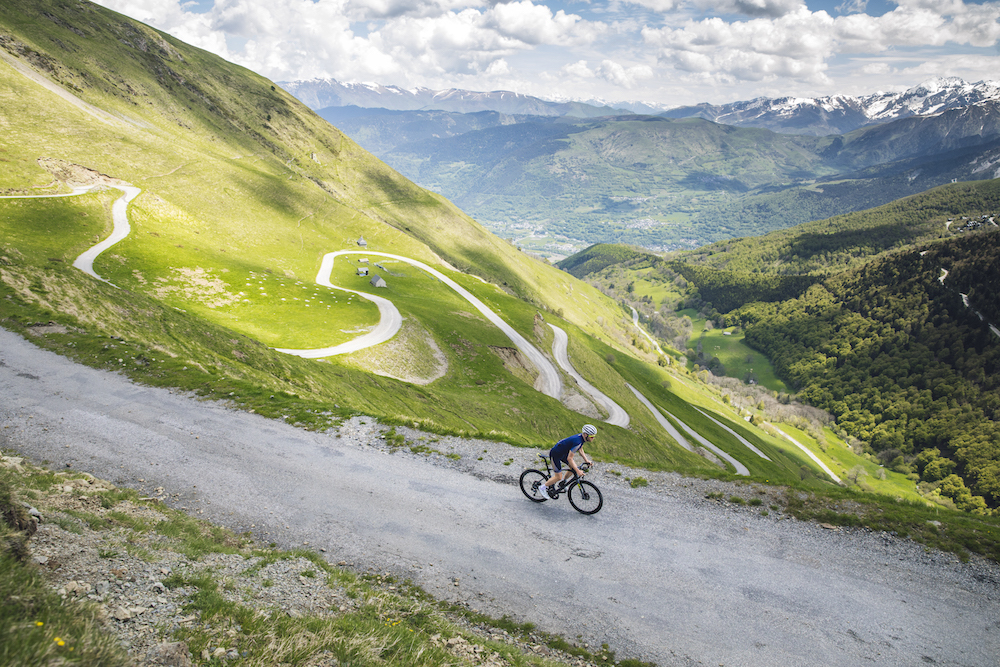 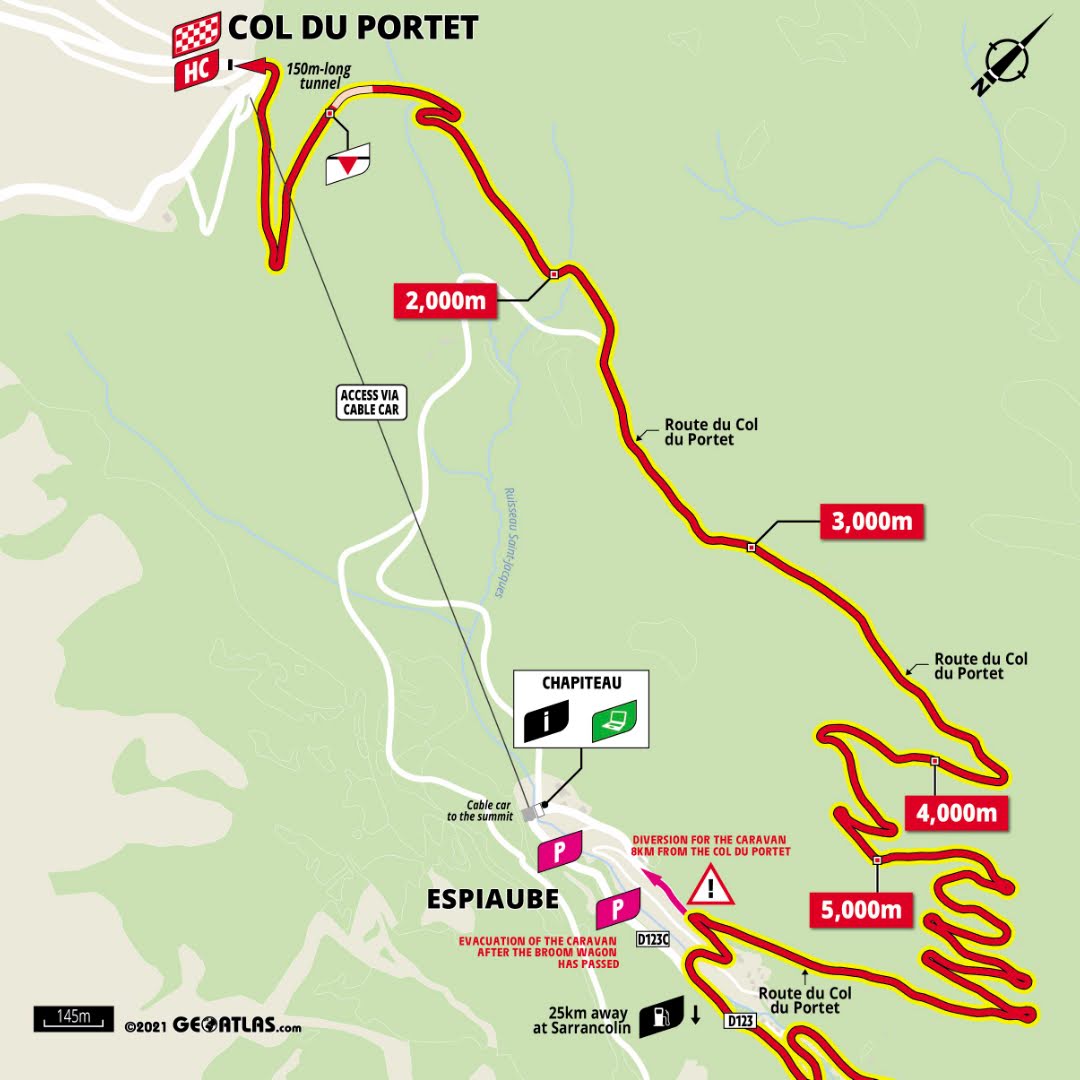 The 17th stage offers climbers with GC ambitions the penultimate chance to put time into their rivals. So a huge clash between the remaining GC contenders is on the cards. Expect some pure climbers to be involved too.

Muret is a commune in the Haute-Garonne department. It is an outer suburb of the city of Toulouse, even though it does not belong to Toulouse Métropole. Muret is generally known for the Battle of Muret (1213) and as the birthplace of Clément Ader (1841-1925), inventor and aviation pioneer.

In 2015, the 13th stage of the Tour de France started from Muret towards Rodez, where Greg Van Avermaet won a Tour stage at long last. He did it again the following year in Le Lioran before wearing the Yellow Jersey for three days, then eight in 2018.

In the heart of the Aure valley, at an altitude of 800 metres and at the gateway to the most beautiful natural areas of the Pyrenees, Saint-Lary, a small mountain village, is one of the most important ski resorts in the Pyrenees in winter.
In 2018, Nairo Quintana saved a somewhat disappointing Tour de France by winning on the Col du Portet after a short 65-km stage from Luchon on a starting grid like a F1 Grand Prix. The Colombian rider broke clear with Dan Martin and won the second of his three stage victories in the Tour.

Garbure
Garbure is a traditional thick soup from the southwest of France, consisting of meat, cheese, stale bread, and vegetables such as cabbage, peas, onions, or carrots. The soup is traditionally served as an evening meal over two courses, so the meat is usually taken out and served as a main course along with cornichons and pickled hot peppers. 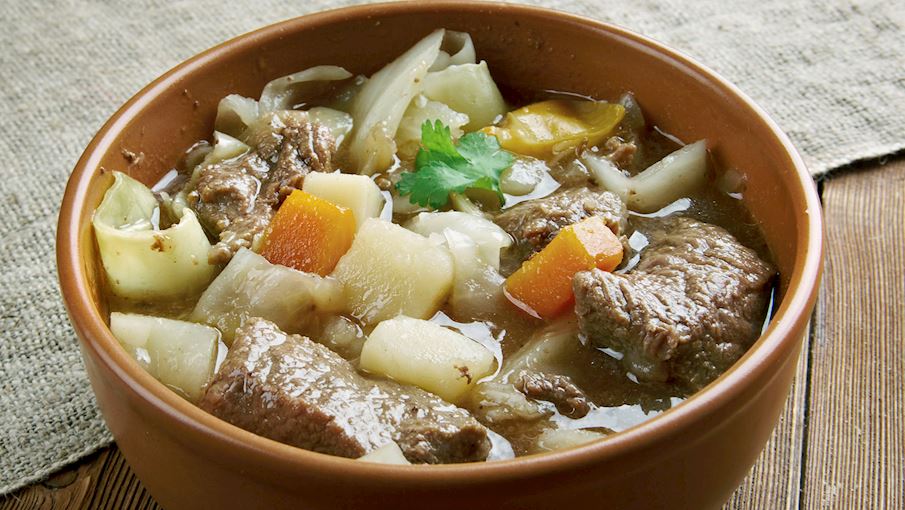