Stage 15 from Ceret to Andorre-La-Vieille is one of the hardest in this year’s race, with four categorised climbs along the 191.3 kilometre route. Travelling West from Céret to Andorra la Vella, capital of the Pyrenean microstate of Andorra. To get there the race ascends Port d’Envalira, which carries the Souvenir Henri Desgrange, for the first rider to reach the Tour’s highest point, topping out at over 2,400 metres.
In recent years, Andorra la Vella has hosted a number of stages of La Vuelta and Andorra has also been used to host a rest day of the Spanish Grand Tour, as it will be, for this year's Tour. 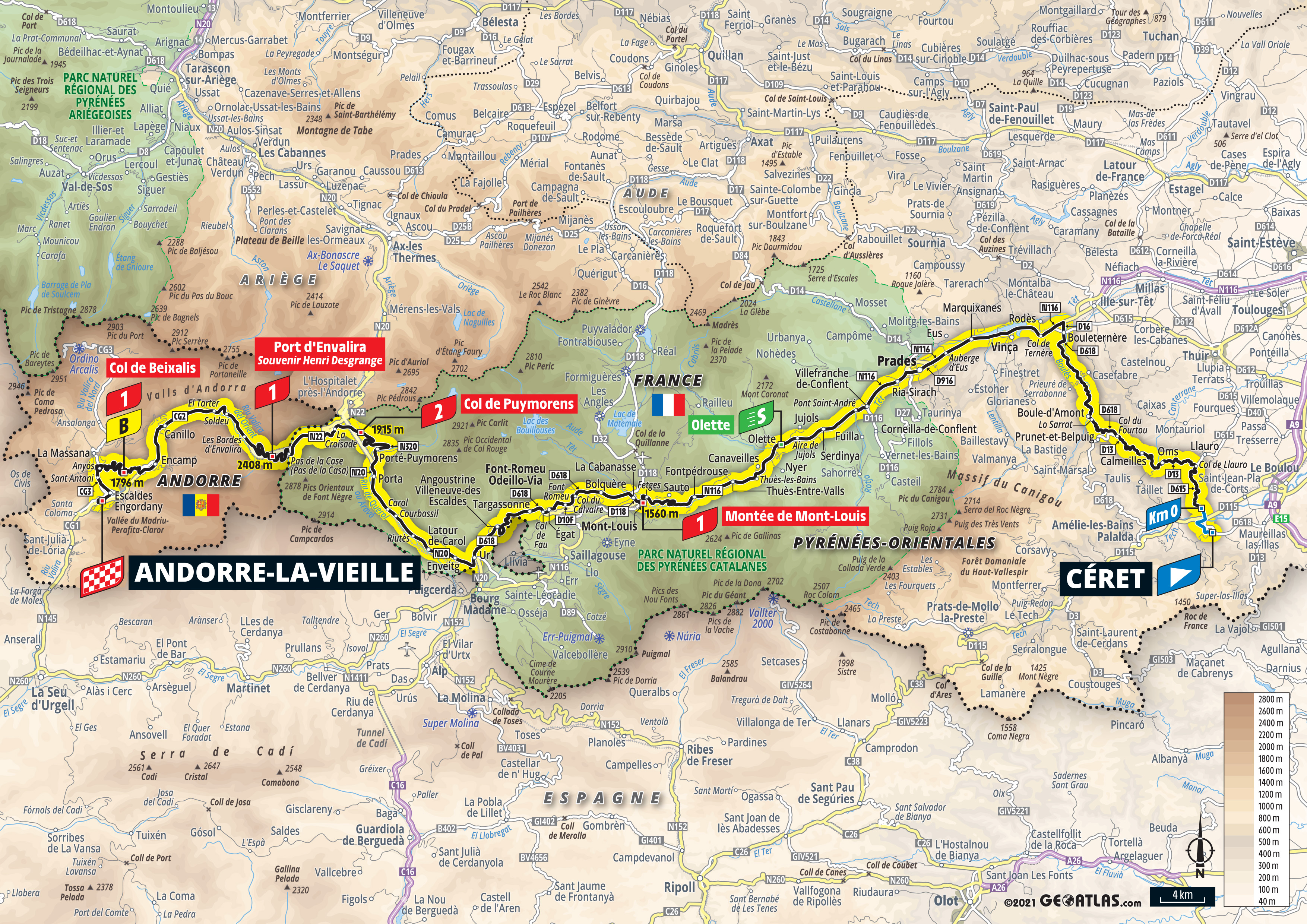 The stage starts with 20kms of gradual drag out of Ceret, which probably means hard work in the battle for the breakaway that may ultimately prove unfruitful. It could very well last until the first proper climb, which is the Montée de Mont-Louis which would mean almost two hours of attack and counter attack.
Three of the climbs are first category ascents. The final climb of the day, the Col de Beixalis, a staple of the Vuelta in recent years, has the potentially to blow the entire race apart. 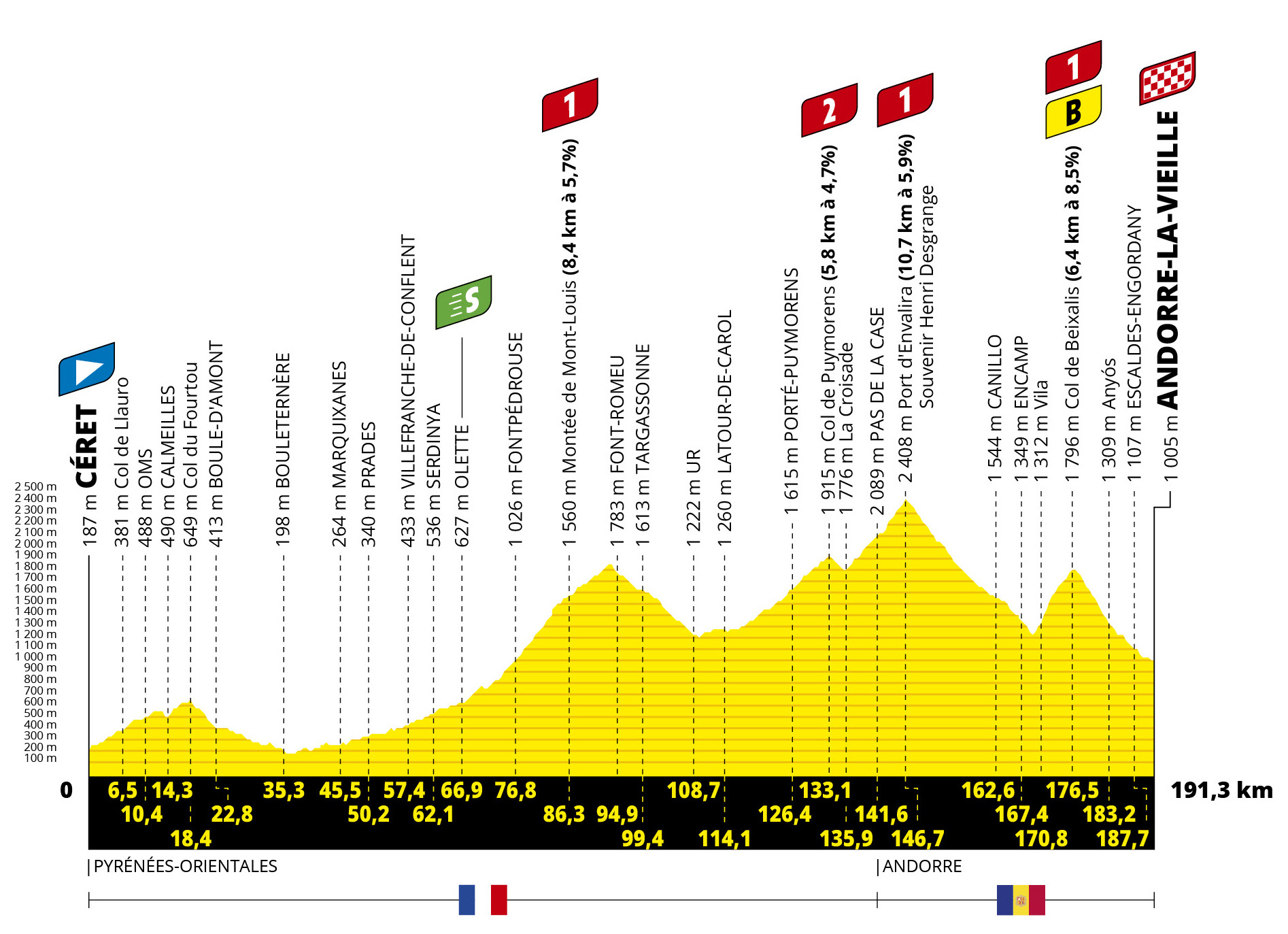 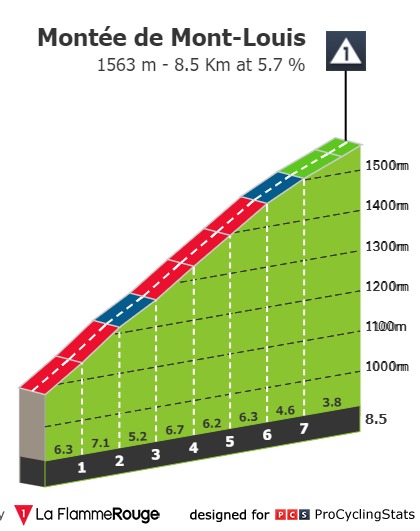 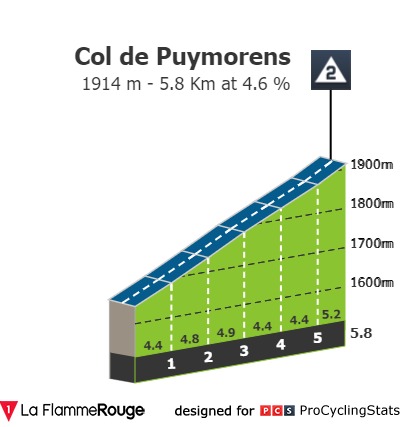 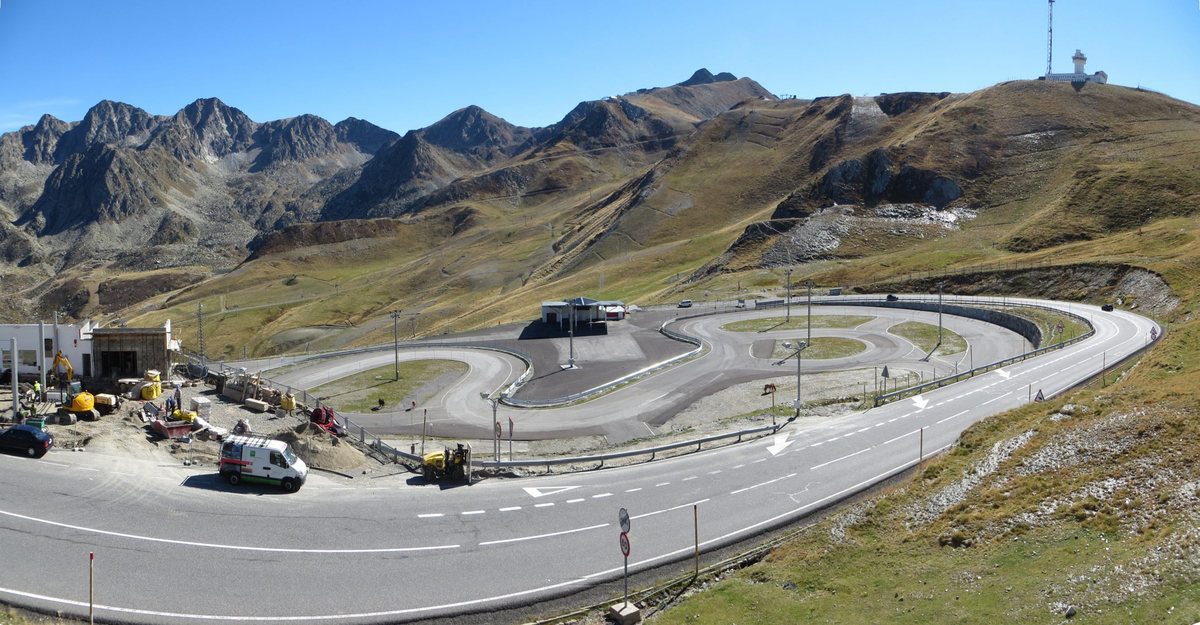 Stage 15 is yet another mountainous test with a downhill finale, so favours good climbers who are also good descenders. Just how much leeway the attackers are allowed by the teams with yellow ambitions, we won't know until it happens. The breakaway could battle it out for the stage win, or the GC contenders could go head to head on the Col de Beixalis, before sprinting for victory in the streets of Andorra-la-Vieille. 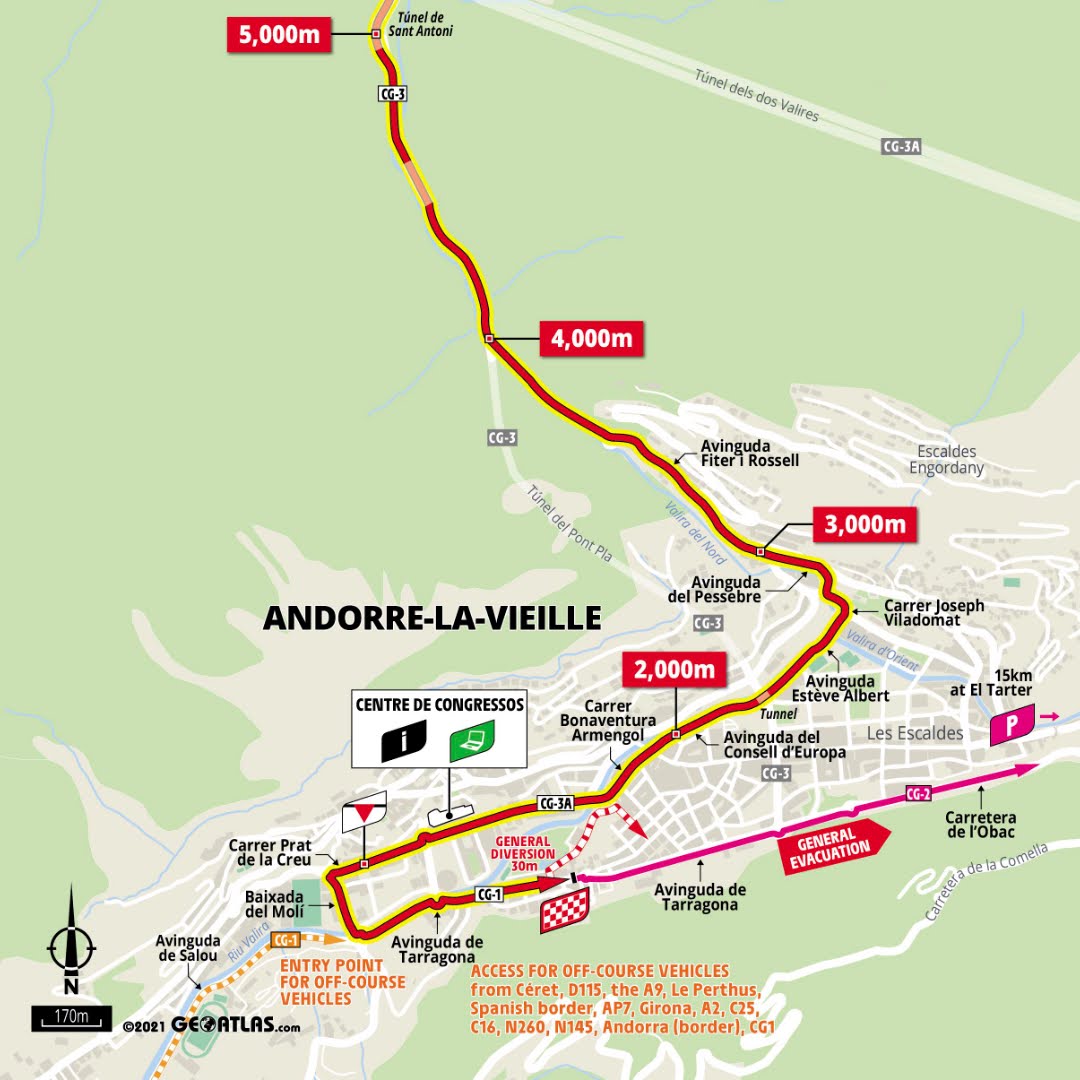 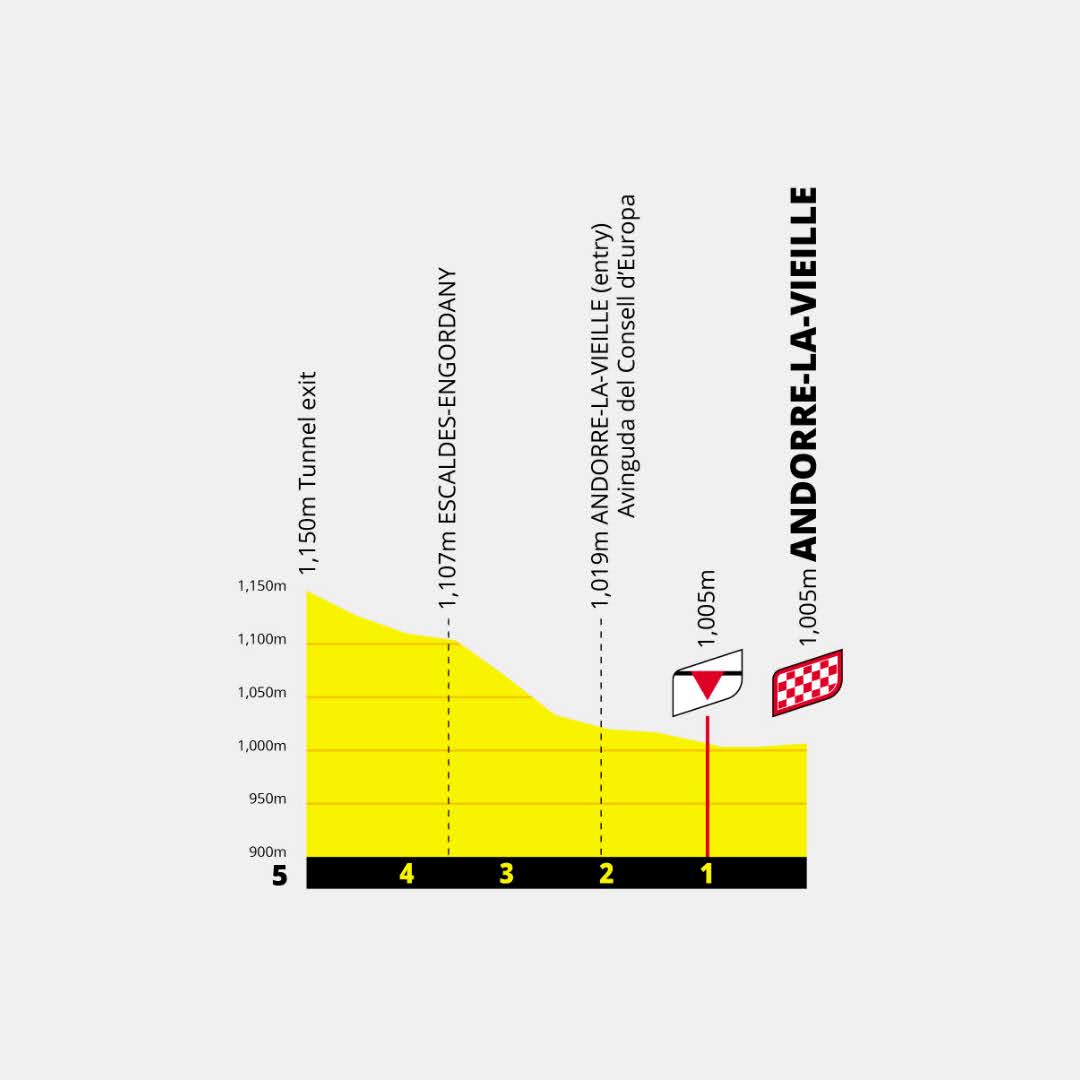 The international fame of the small town of Céret. It was here that unfailing links were forged with local artists and intellectuals and give the peaceful capital of Vallespir a destiny and gave it its nickname: "The Mecca of Cubism".
Céret is one of the new stage finishes in this Tour de France, but the town had already seen the Grand Prix du Midi-Libre pass through twice, in 1970 and 1988. In the latter year, it was British rider Sean Yates who won. 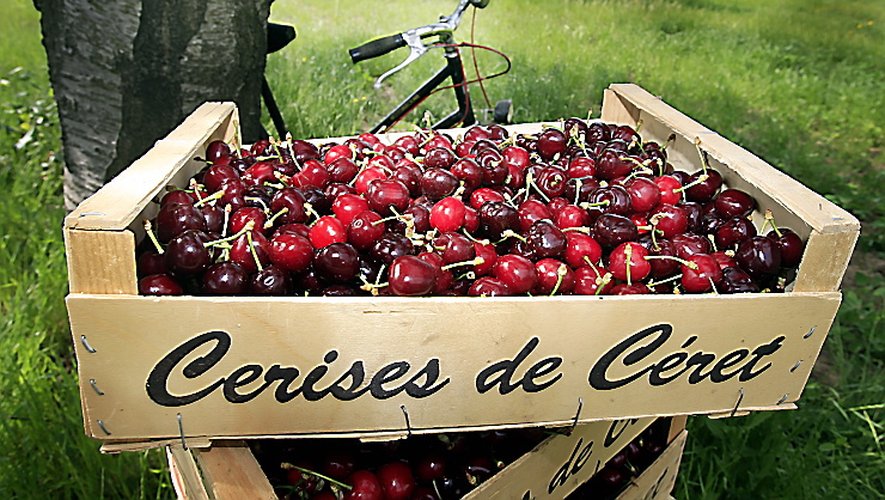 Km 95
Fort Romeau
In 1679, Louis XIV approved the creation of Mont-Louis, defending the passage to Roussillon. Inaugurated in 1681, Mont-Louis completes the line of defense set up from the Mediterranean Sea. Created ex nihilo by Vauban, it is a small conservatory of 17th century bastioned military architecture where Vauban was able to express all his creativity. And Mont-Louis retained its military function: the National Commando Training Center - 1er Choc still occupies the citadel. 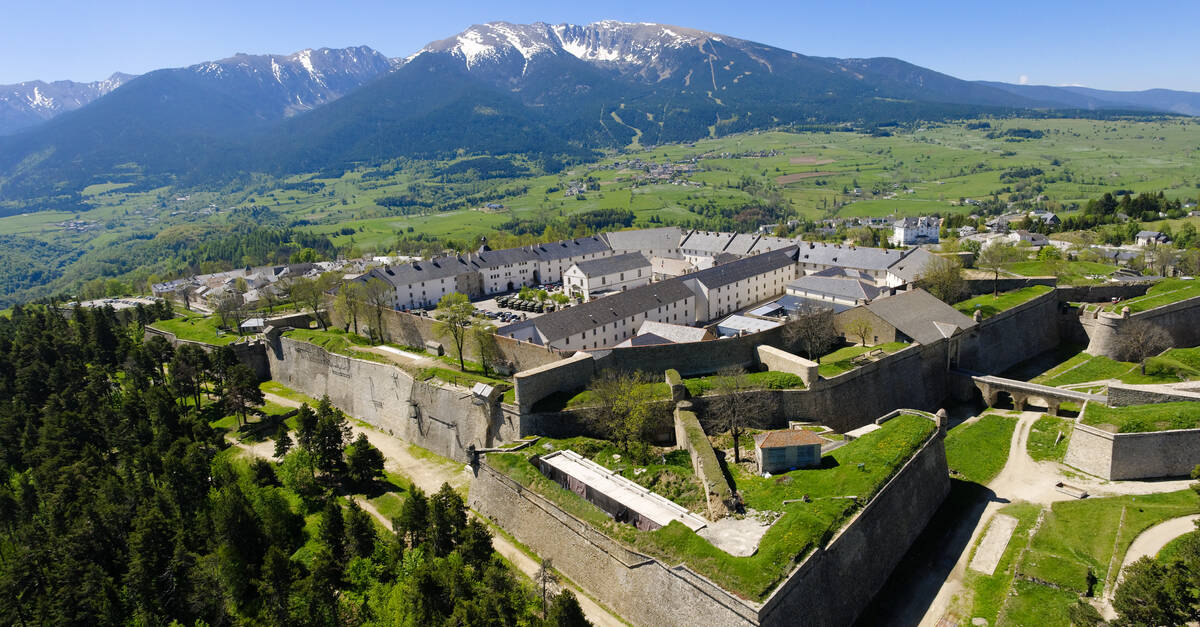 Capital of the Principality of Andorra
Stage town for the 5th time
Population: 19,400

The capital of the Principality has a well-known commercial tradition, due to a 10% tax rate on income for residents and companies, no sales tax, but a 4.5% VAT. There is no inheritance, estate or transfer tax and no tax is paid on Andorran investment income.
Julian Alaphilippe, Egan Bernal, Dan Martin, the Yates brothers and many others have settled in the Principality, which is gradually replacing Monaco in the hearts of professional riders, both for its tax status and for the immediate proximity of the summits. It was also in Andorra la Vella, where he lived, that Nicolas Portal, the sports director of the Inéos team, died in 2019.
Due to its privileged position, the Principality and its capital have hosted many cycling events, such as the Tour of Catalonia, la Semana Catalana, but also two of the three Grand Tours, the Tour de France and the Vuelta, because of their border location.
In 1964, Julio Jimenez, the future three-time king of the mountains of the race, inaugurated the Andorran prize list of the Grand Boucle. Since then, Andorra la Vella has mainly served as a launching pad for stages that ended on the flat, the last time being in 2009, when Luis Leon Sanchez won in Saint-Girons. The Tour's most recent visit to the principality was in 2016, when Tom Dumoulin won in Arcalis before a rest day in the capital.
The Vuelta also visited the Andorran capital regularly between 1965 and 2015, when Mikel Landa won there ahead of Fabio Aru. 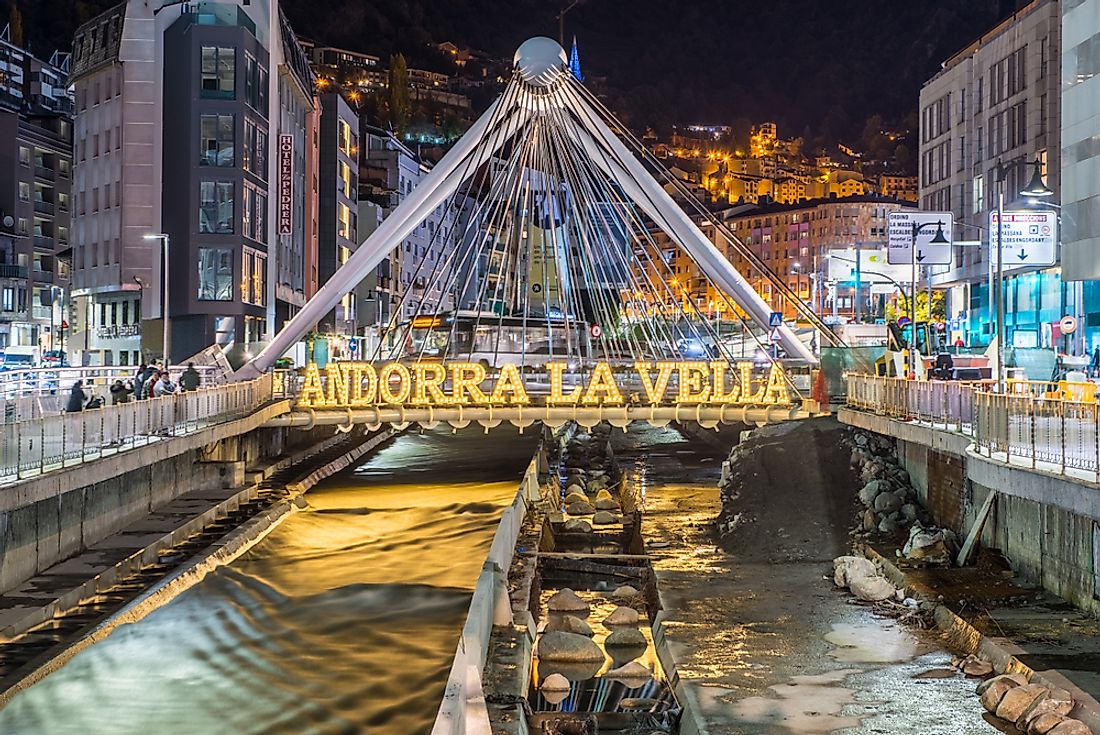 Andorran trinxat
This is undoubtedly one of the flagship dishes of Pyrenean cuisine. In Andorra, as well as in Alt Urgell and Cerdanya, it is very popular and occupies a prominent place on the menus of the great restaurants. Heir to the popular gastronomic tradition, its recipe is a fine example of the cuisine of leftovers and proximity, always with quality products (green cabbage, potatoes, garlic, bacon...). The base does not vary much, if at all, among the different recipes of the regions where this typical dish is found.