Following the first rest day in this year’s Tour de France the racing recommences with a 190.7km stage. From Albertville the riders head in southwesterly direction, moves through the valleys of the Isère and Rhône to finish at Valence. There is always a threat of potential crosswinds in the area.
It's worth remembering that in 2017 Chris Froome and Team Sky put time into Dan Martin and Alberto Contador. 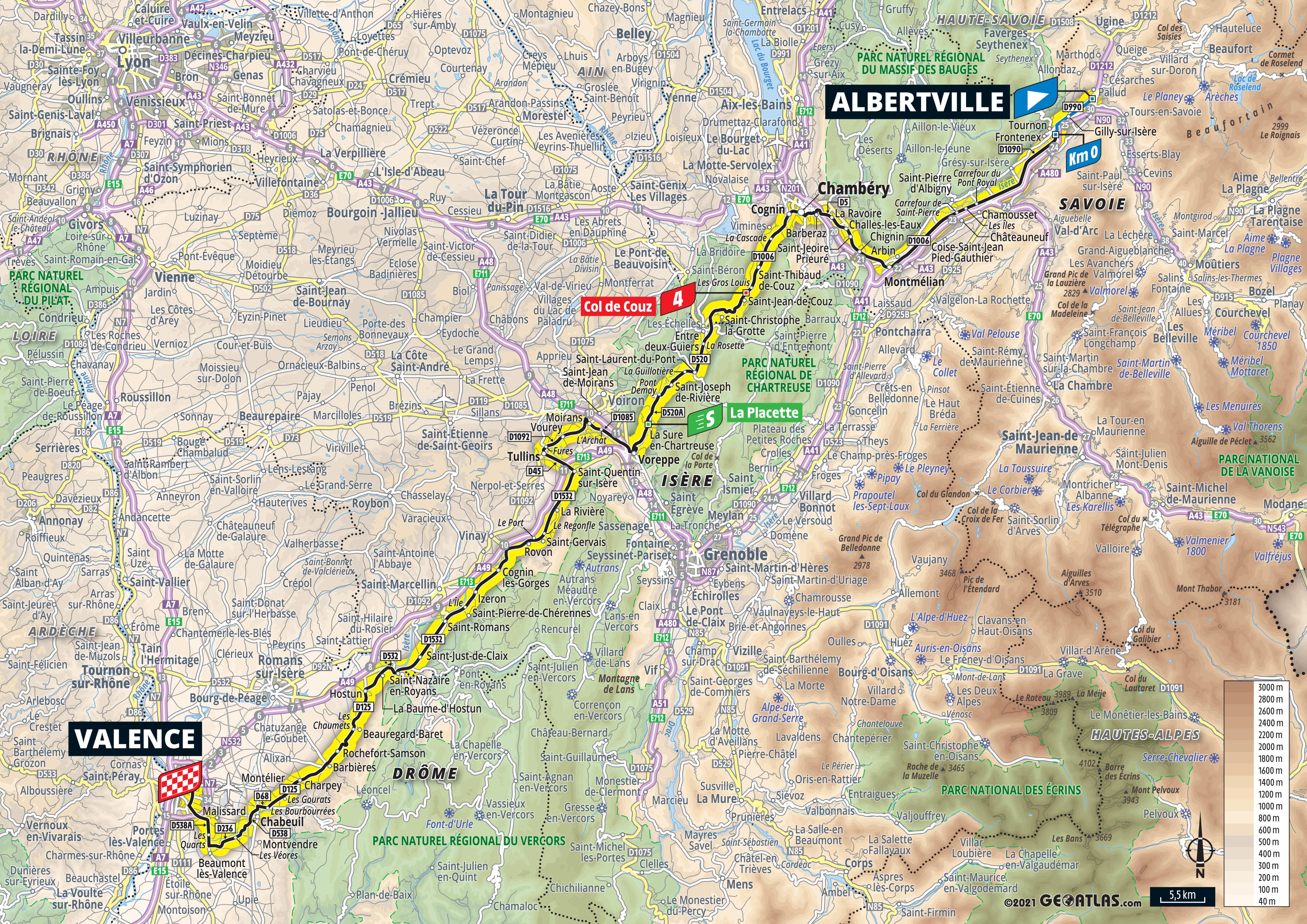 The only KOM points are available on the Col de Couz, which is an extended viaduct of 7.4 kilometres at 2.8%. The rest of the route is to all intents and purposes, flat, as the riders stick to the lower parts of the region such as the Rhône Valley. 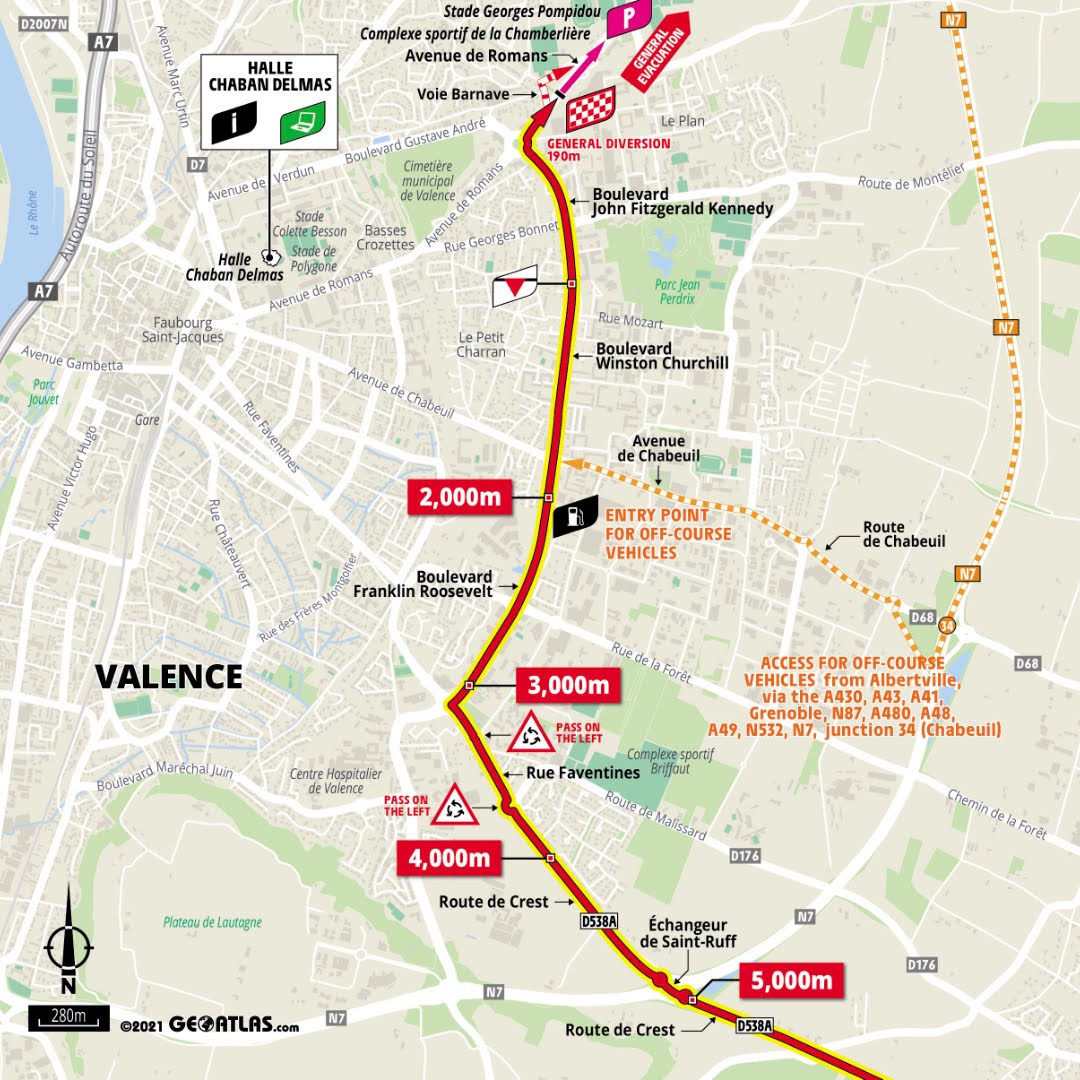 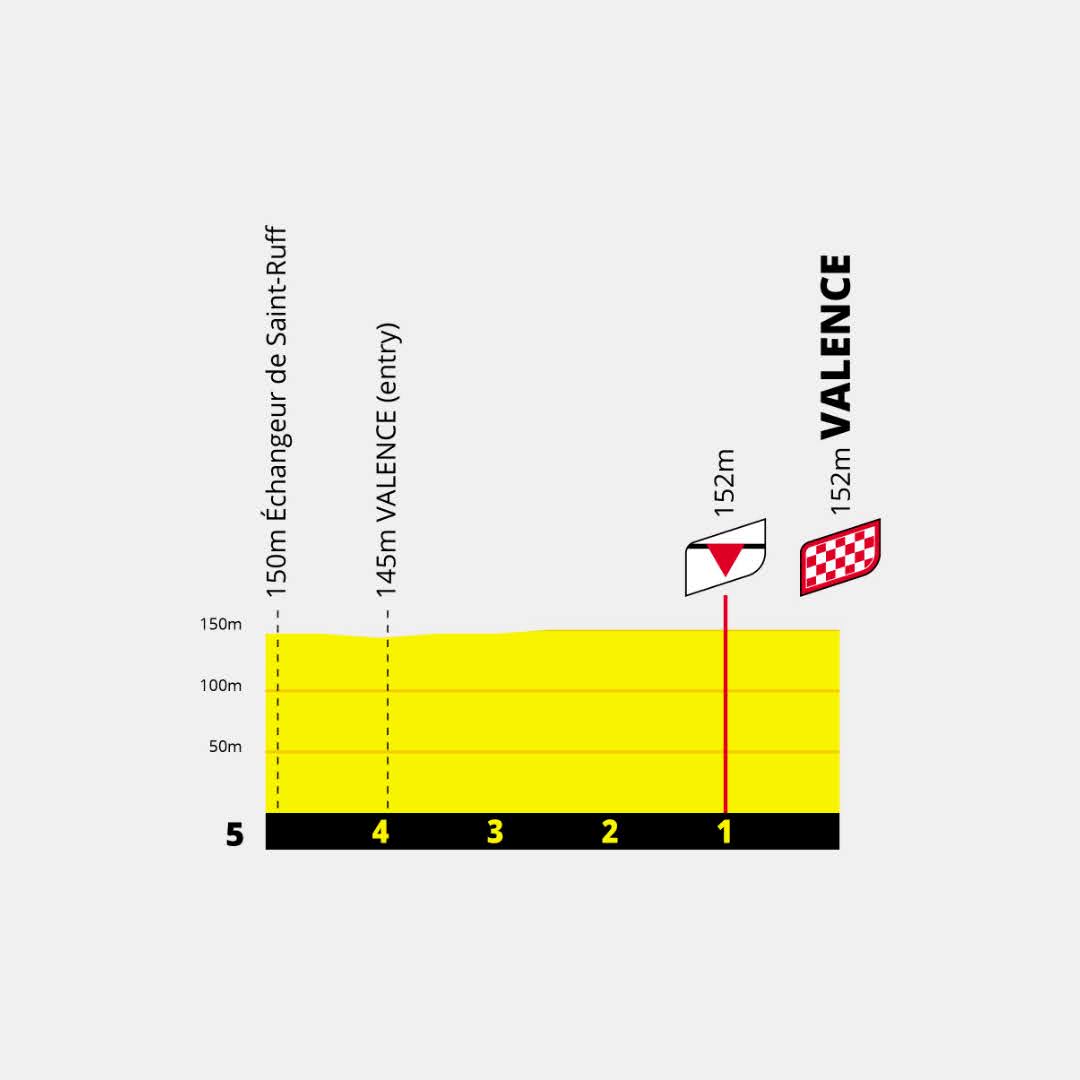 Valence hosted three Tour de France stage finishesO and on both occasions it came down to a sprinter showdown. Victory went to André Greipel (2015) and Peter Sagan (2018). So this could be a an important day in the battle for the Green jersey with a flat run into Valence perfectly suited to a bunch gallop.

Albertville is located at the crossroads of valleys and on one of the largest ski areas in the world (Pays du Mont-Blanc and Tarentaise). The Olympic city has developed its mountain jobs campus, which aims to host professional training organisations on its territory and thus become a real learning city. The campus is also located next to the cult site of the 1992 Winter Olympics, the Olympic Park, which has been completely redeveloped to accommodate tourism, sports and leisure activities and culture.
This will be the peloton's fifth visit to Albertville in less than ten years. In 2012, Pierre Rolland took advantage of the dynamic format of the stage to win in La Toussuire-Les Sybelles. In 2016, Romain Bardet pulled off a coup on the approach to Saint-Gervais to win the stage and take second place overall. In 2018, it was at La Rosière that Geraint Thomas took the Yellow Jersey and never let it go. Finally, in 2019, Vincenzo Nibali had avenged a failed Tour by winning a short stage to Val Thorens, shortened by 70 km due to bad weather. 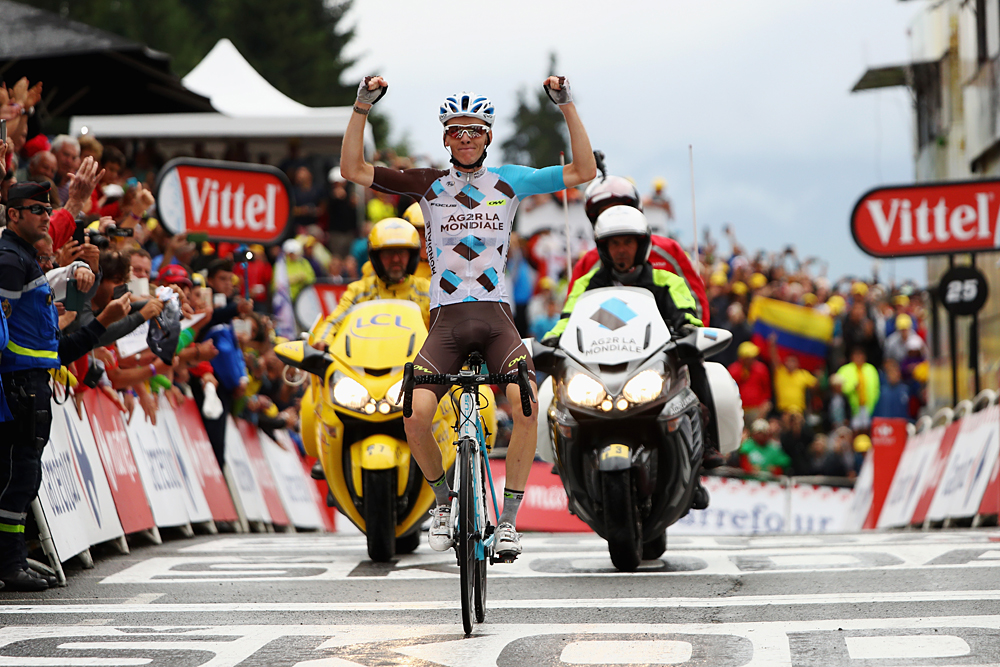 Croziflette
Everyone knows tartiflette, which warms up the stomach during the cold winter months in Haute-Savoie, but its variant, the croziflette, is also gaining new fans. As for the tartiflette, you need reblochon, ham or lardons, fresh cream and onions, but the potatoes are replaced by crozets, plain or with sarrazin, these square pastas which are an integral part of Savoy gastronomy. 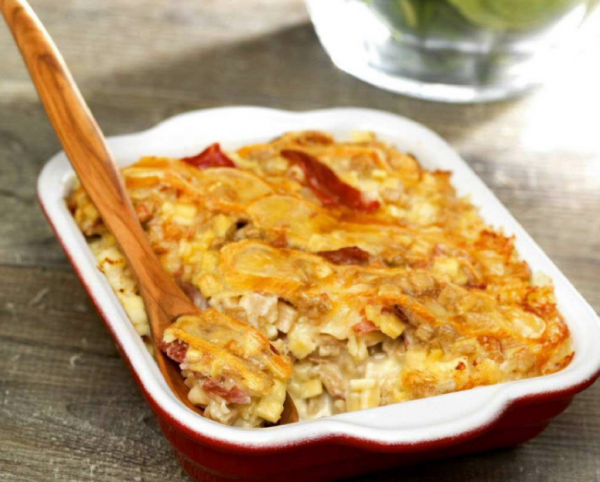 Km 143
Aqueduct of Saint-Nazaire
A round-arched bridge, completed in 1876 (the work on the Bourne canal, however, lasted until 1882) and fitted out as a footpath, 35 m high, 235 m long with a panoramic lift to access it. Valence has established itself as a rallying point for the Tour de France as it leaves the Alps, as the race has stopped here for the third time since 2015. In 2018, it was Peter Sagan who won the stage from Bourg-d'Oisans with two days to go. The first passage of the caravan in the Drôme prefecture dates back to 1996 and saw the victory of Colombian "Chepe" Gonzalez.
Since 2014, Valence has hosted the Drôme Classic, whose first winner was Romain Bardet. Valence is also the birthplace of Charly Mottet, winner of three stages in the Tour between 1987 and 1991 and fourth in the overall classification in both years.

Wine
A narrow, funnel-shaped vineyard extends on both sides of the Rhône from Vienne in the north to Valance in the south. The scenery is often dramatic with many of the vineyards perched precariously on the steep valley sides. The wines match the scenery: deeply coloured, fine, spicy reds made from the syrah grape and rich, full-bodied whites made from marsanne and roussanne grapes. 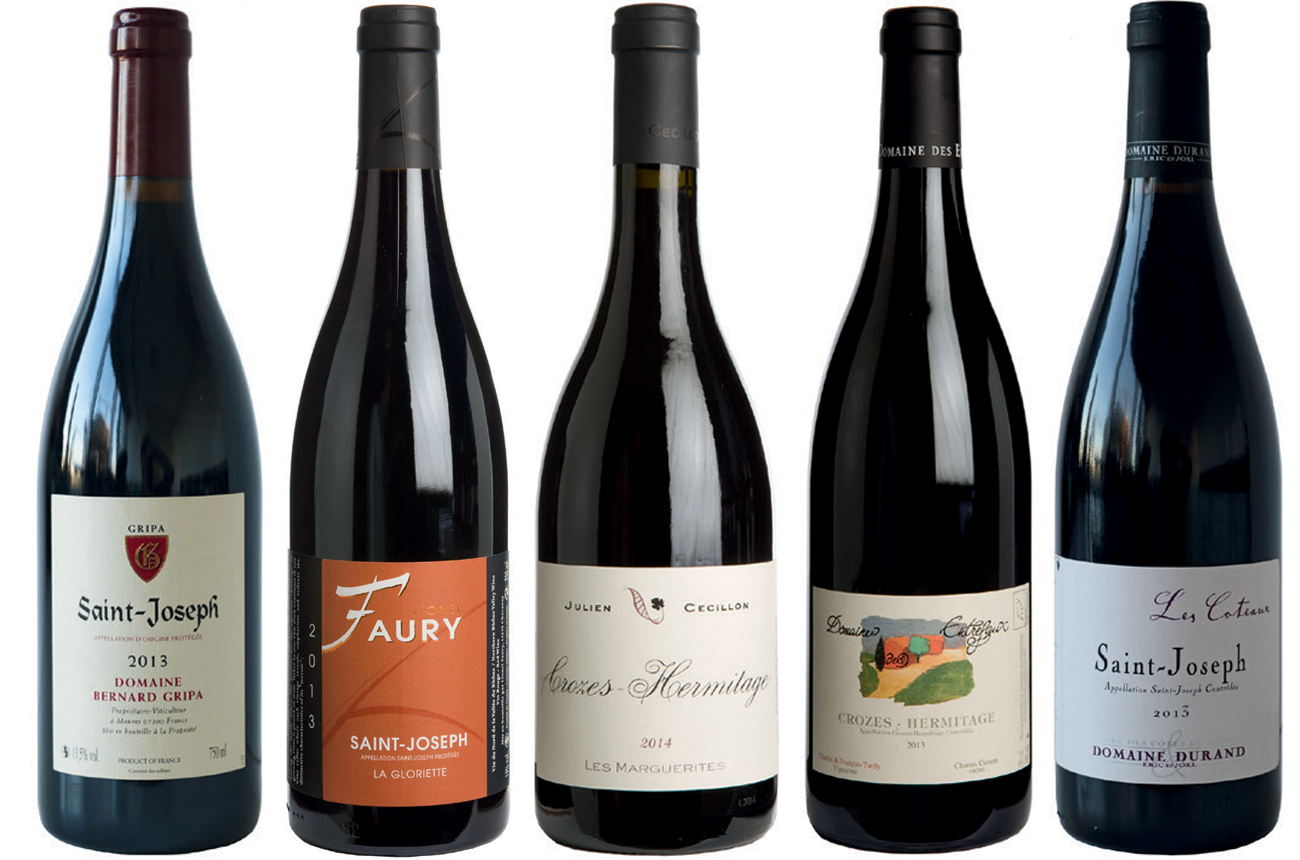