The 12th stage of the Vuelta a España, at 109.4 kilometres, the route takes in four intermediate climbs to finish uphill atop the iconic Angliru. The 12.4 kilometres ascent slopes at 9.9%. 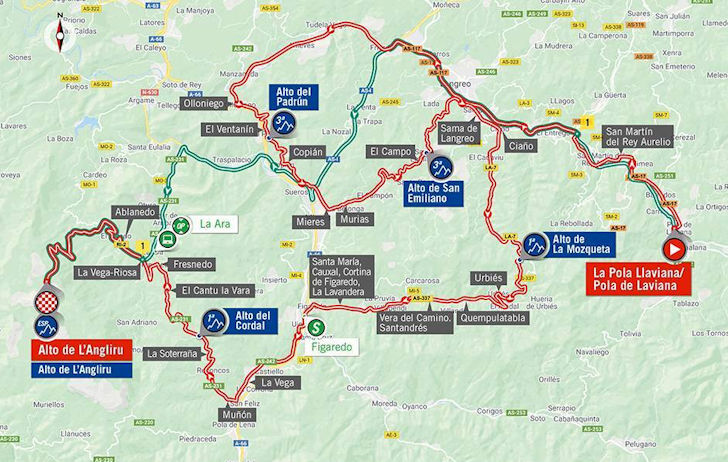 So it is a relatively short race and since the first 26 kilometres are flat the climbing becomes even more condensed. These intermediate climbs get harder as the race heads towards the Alto El Angliru. 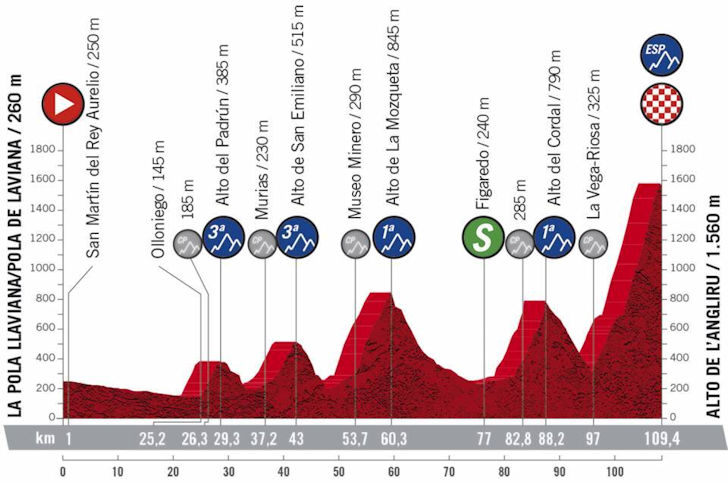 The first two climbs are perfect to stretch the legs. The Alto del Padrún and Alto de San Emiliano are both relatively easy. The first one is 3 kilometres long and slopes at 6.6% 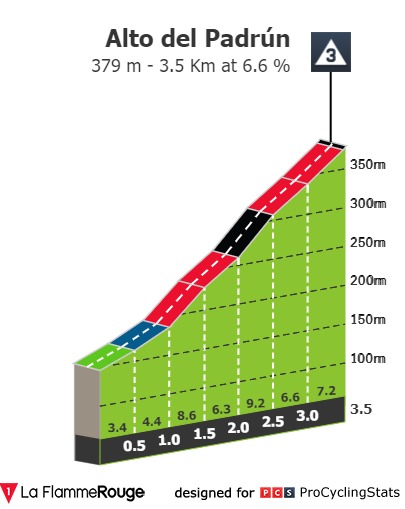 while the second is a 5.8 kilometres climb with an average gradient of 5.9%. 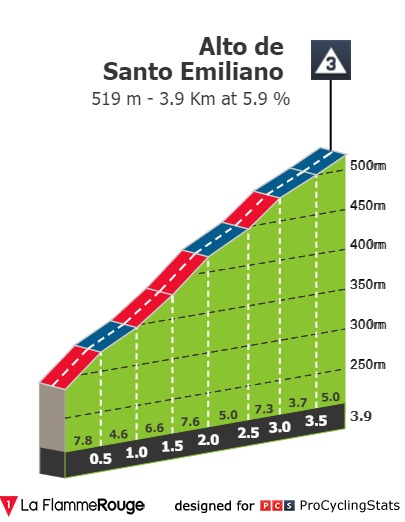 The riders are halfway when the Alto de Mozqueta appears, which is an ascent of 6.6 kilometres at 8.4% with an extra steep first part. 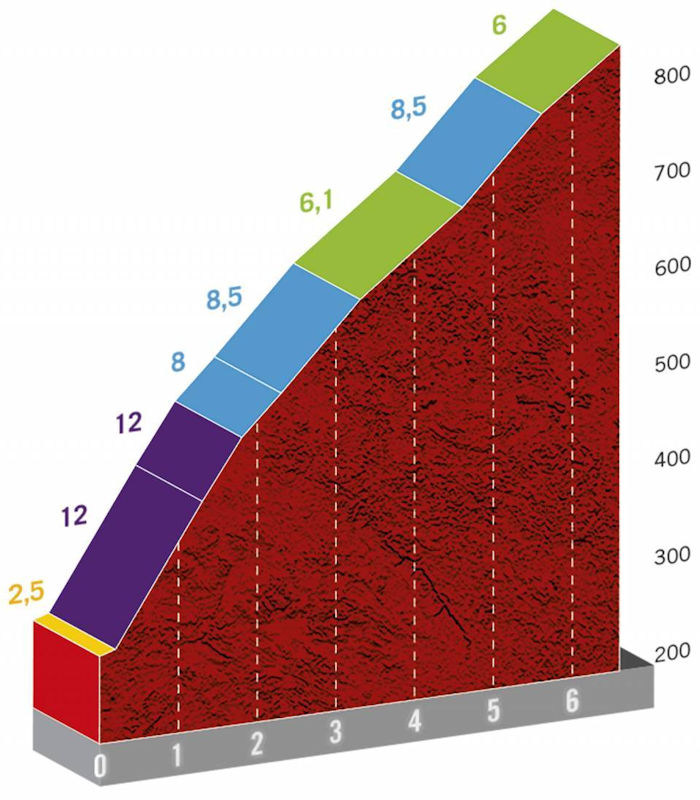 Following a long downhill and a section through the valley the Alto de Cordal serves as a kind of prelude to the Angliru. The 5.4 kilometres climb is extremely irregular with several sections exceeding 13%, while the average gradient sits at 9.3%. 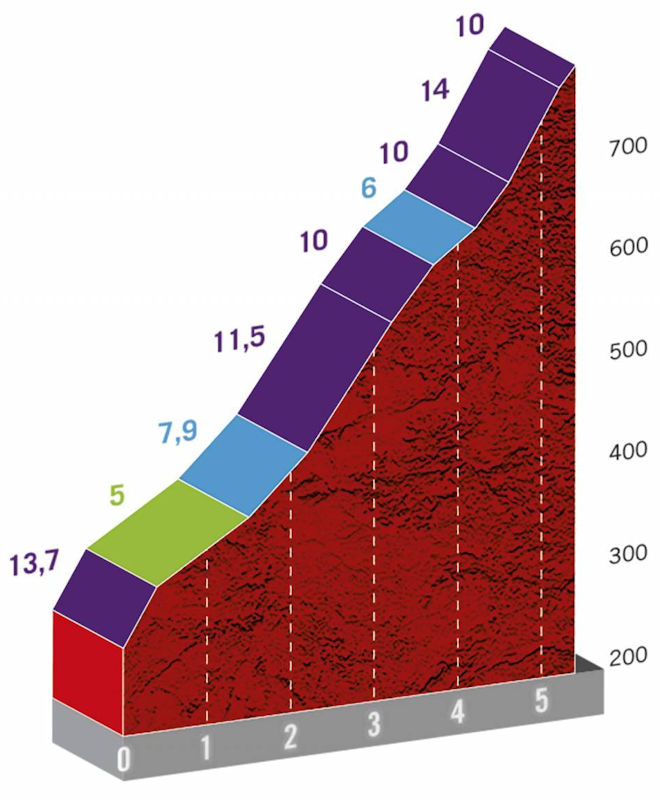 La Vuelta last visited the Alto de El Angliru climb in 2017, which was to be the last mountain stage of Alberto Contador's career. In fact it was the penultimate race of that edition. El Pistolero had been on the attack for three weeks without winning.
He climbed to victory ahead of Wout Poels and Chris Froome, who won the Spanish Grand Tour for the first time in his career. 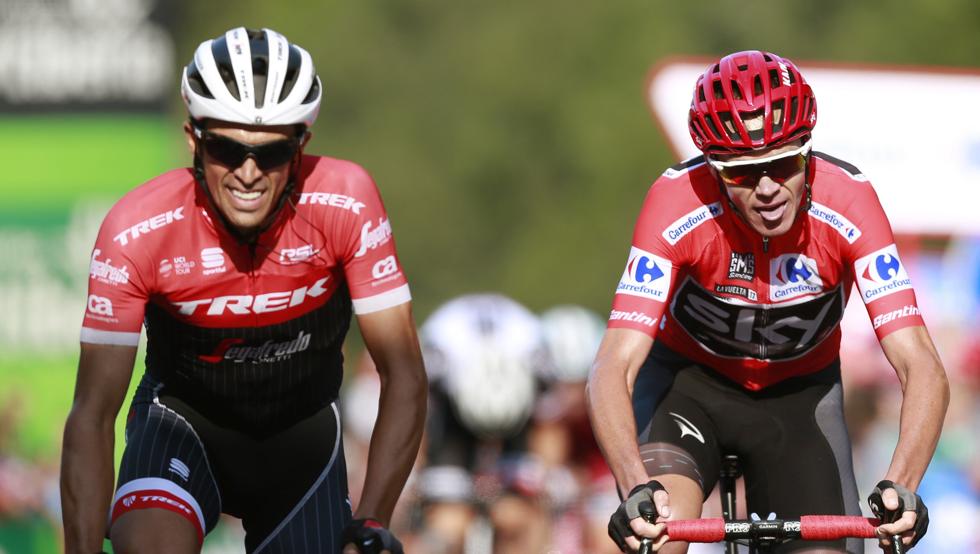 The Angliru is 12.4 kilometres long. The first 5 kilometres go up at 8% and following a relatively flat kilometre the uphill horror really kicks in. The second half of the climb is at an average gradient of 15%. Riders face the steepest sector of 23.5% – aptly named Cueña les Cabres (goat path) – with 3 kilometres remaining. 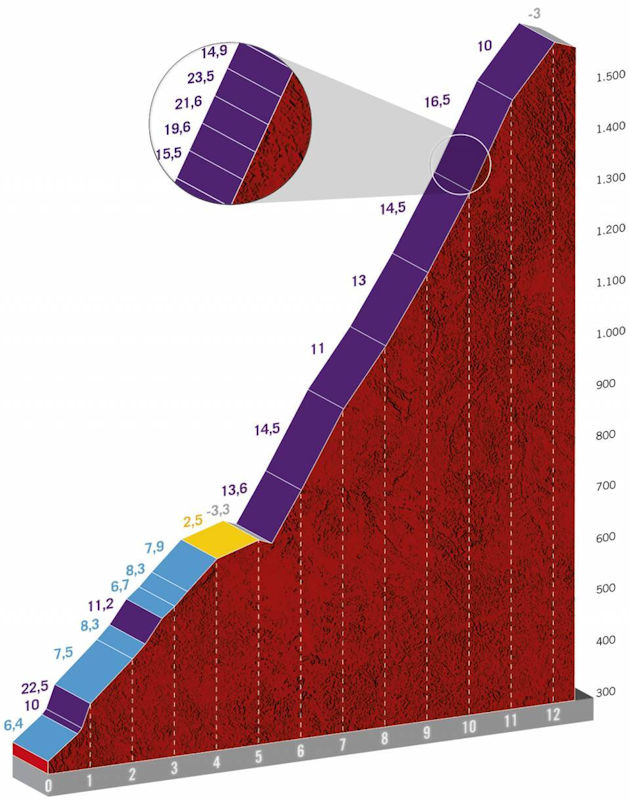 Pola de Laviana is known in the Principality of Asturias for hosting one of the area’s most popular festivities: the Folkloric Descent of the Nalón. At this event, celebrated for over half a century, different local clubs build their own boats featuring various themed decorations. This fun-filled atmosphere is shared by the entire municipality and will serve as a warm-up for the arrival of the momentous Spanish cycling celebration just one week later. 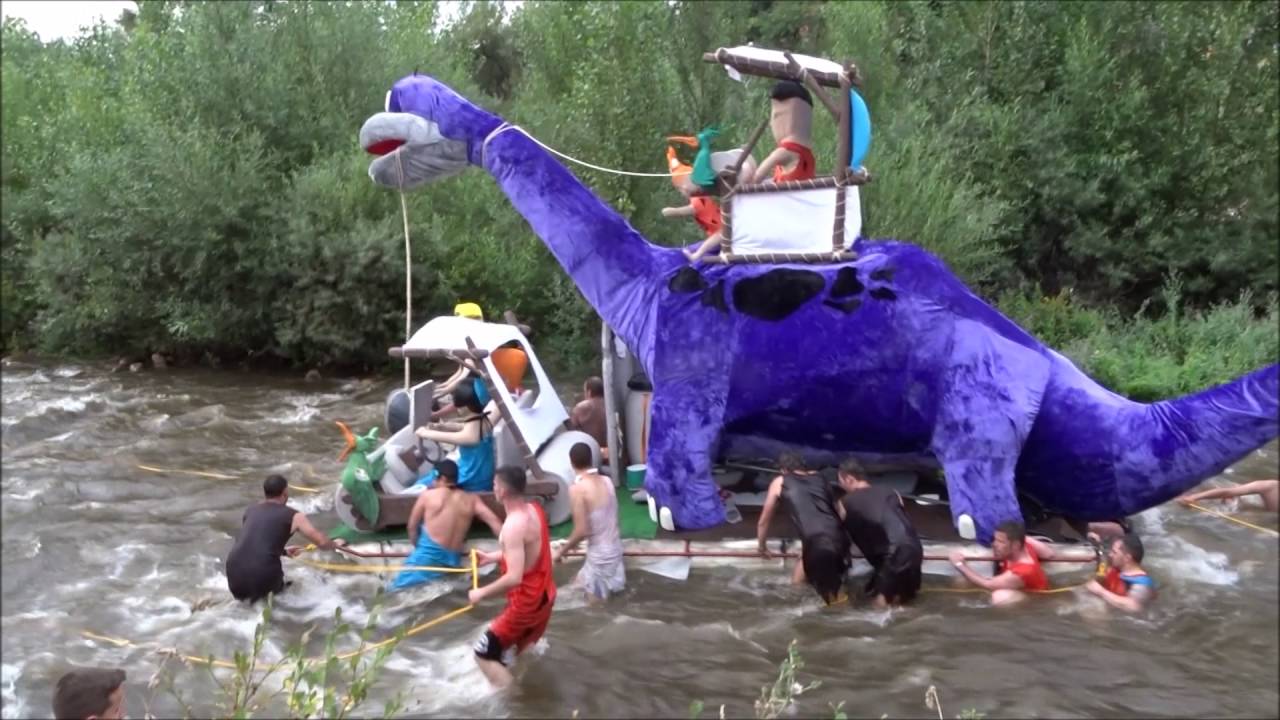 7 stages of La Vuelta have had finales in the Alto de l’Angliru
1.933 inhabitants

Angliru is one of the climbs that all cycling aficionados have to do. Along with the likes of Alpe d'Huez, Tourmalet and Mortirolo it has a mystique and reputation that stretches further than the mountain itself.
It's infamy is based on the numerous steep ramps that you encounter on the final six kilometres of the climb. However, the incredible, almost unique scenery, and the near complete lack of cars makes it one of the most challenging of ascents.
Angliru is nestled in between two of the most impressive mountain ranges in Spain. The Picos de Europa lie to the east, and the Somiedo Natural Park is to the south-west. Cachopo.
Cachopo is a dish characteristic of Asturian cuisine. It consists of two large veal fillets and includes ham and cheese. The dish is eaten fried and hot after being breaded in eggs and breadcrumbs, and it is usually served garnished with potatoes, peppers, or mushrooms.