The 7th stage is one of the reasons why all those sprinters show up at the Giro. The 143 kilometres route from Matera to Brindisi is as flat as can be. The route traverses the foot of the Italian boot from west to east. 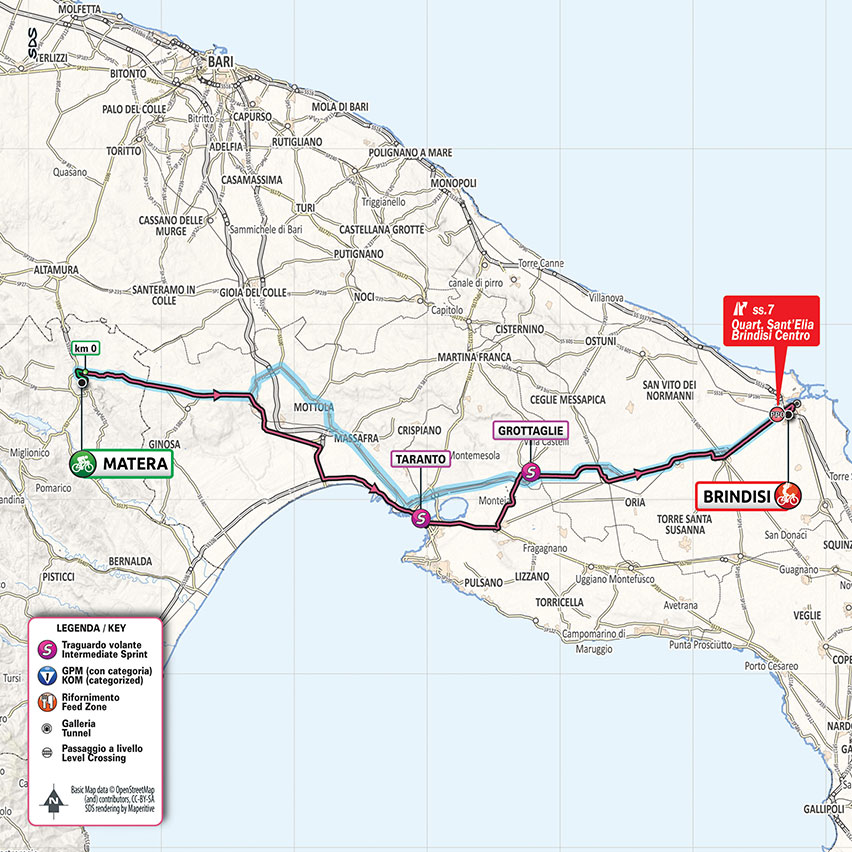 The stage is very short and on straight and wide roads, with the two intermediate sprints quite close together in the middle of the stage, in Taranto and Grottaglie.
The famous Via Appia has been traveling from Rome to Brindisi for thousands of years.
So the is a perfect opportunity for the pure sprinters to have it their way. Unless… crosswinds change the race into a battle for position, we should expect the fastest finishers in the peloton to arrive with fresh legs in Bridisi. Normally, pure speed will be the crucial factor in the 7th stage of the Giro d’Italia. 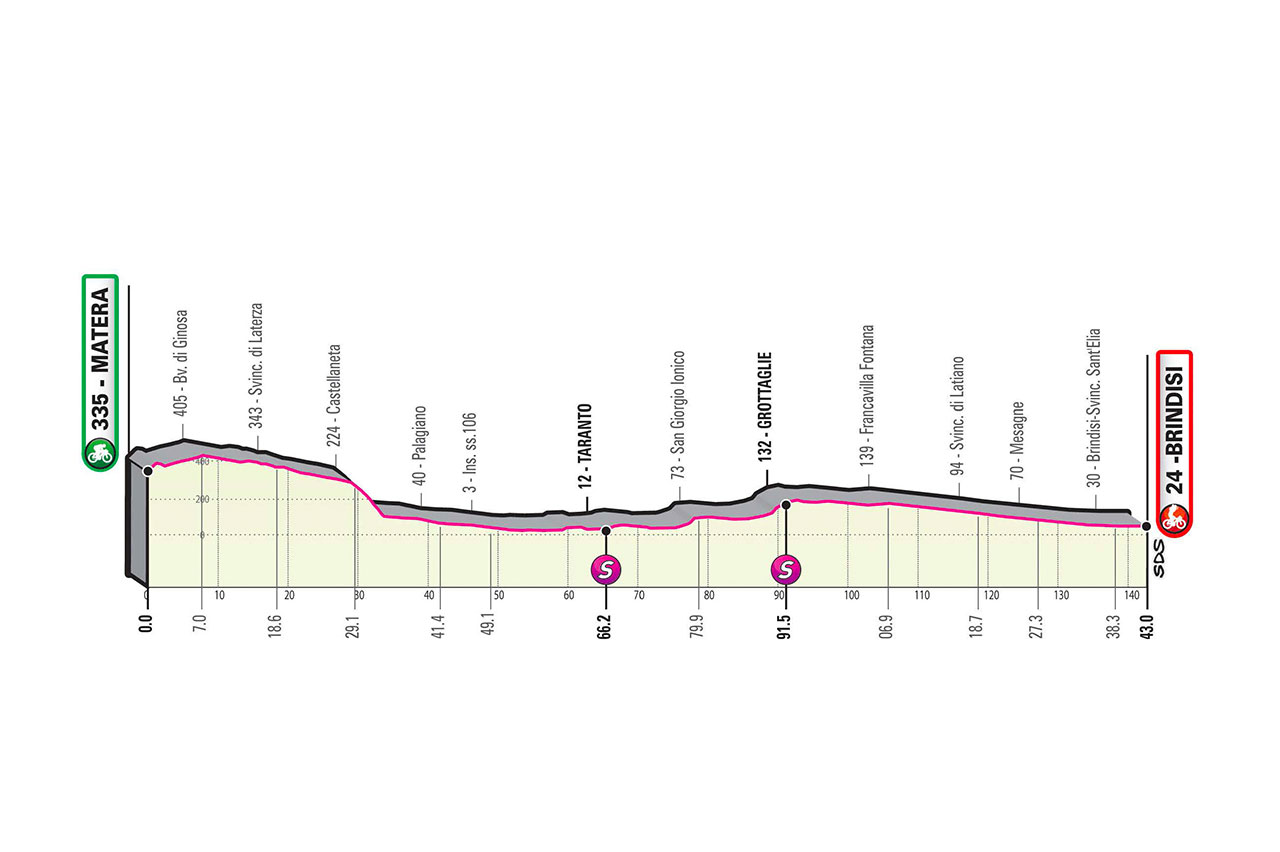 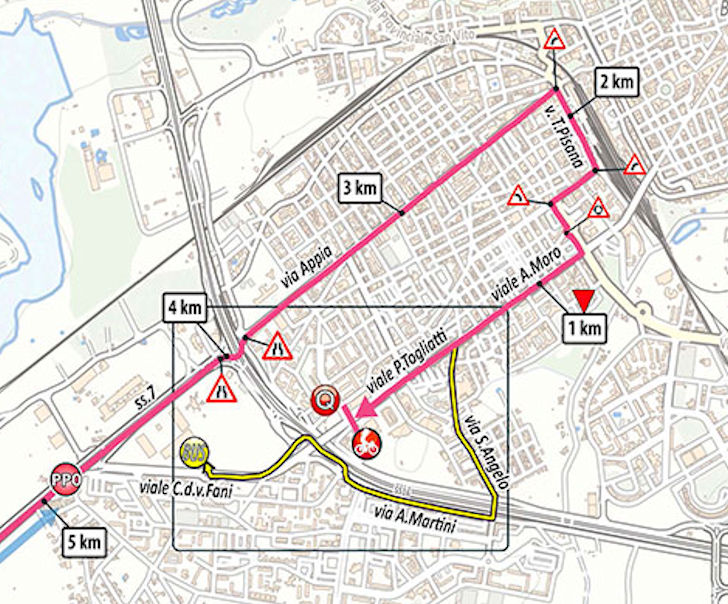 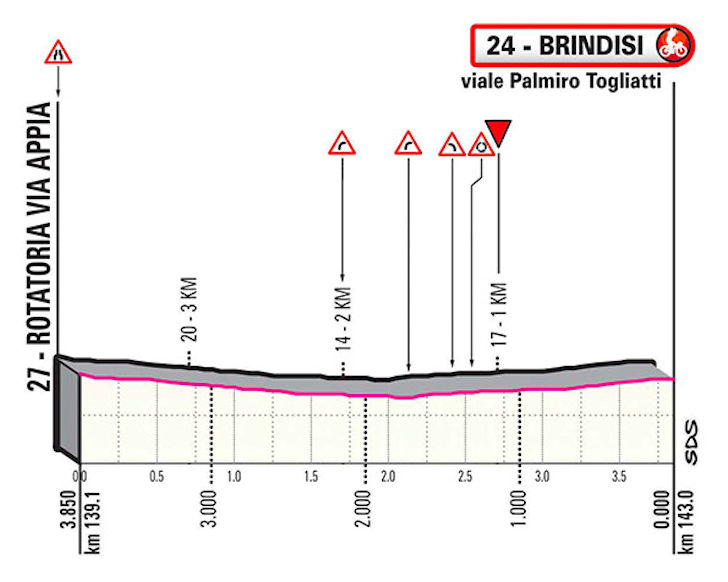 As the opening line states, this should be one for the sprints, except things may not turn out to be a straightforward as the parcour suggests.
Both tomorrow's forecast wind speed and direction screams......

.....along the whole, run for home stretch.
What this space, as they say.

Matera again and those cave houses. 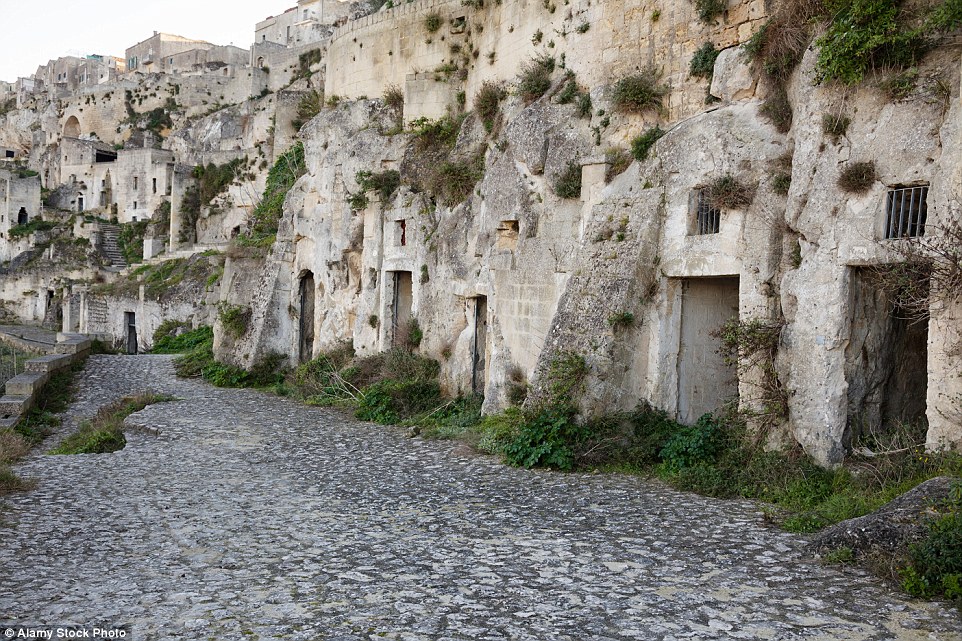 Taranto hosts the first intermediate sprint. It is the third-largest continental city in southern Italy and an important commercial and naval port with well-developed steel and iron foundries, oil refineries, chemical works, naval shipyards, and food-processing factories.
The islets and the coast are strongly fortified and Mar Piccolo is a naval port with strategic importance. Because of the presence of these two bays, Taranto is also called "the city of the two seas".
The natural harbor at Taranto made it a logical home port for the Italian naval fleet before and during the First World War. Taranto then became naval base for the Italian Regia Marina's First Squadron, during the 1930s.

During World War II, Taranto became famous for a November 1940 British air attack on the Regia Marina naval base stationed here, which today is called the Battle of Taranto, when the Royal Navy launched the first all-aircraft ship-to-ship naval attack in history. The Italian fleet lost half of its capital ships in one night.

Brindisi is situated on a natural harbour, that penetrates deeply into the Adriatic coast of Apulia. Within the arms of the outer harbour islands are Pedagne, a tiny archipelago, currently not open and in use for military purposes. The entire municipality is part of the Brindisi Plain, characterised by high agricultural uses of its land. It is located in the northeastern part of the Salento plains, about 40 kilometres (25 mi) from the Itria Valley, and the low Murge. Not far from the city is the Natural Marine Reserve of the World Wide Fund for Nature of Torre Guaceto. The Ionian Sea is about 45 kilometres (28 mi) away. 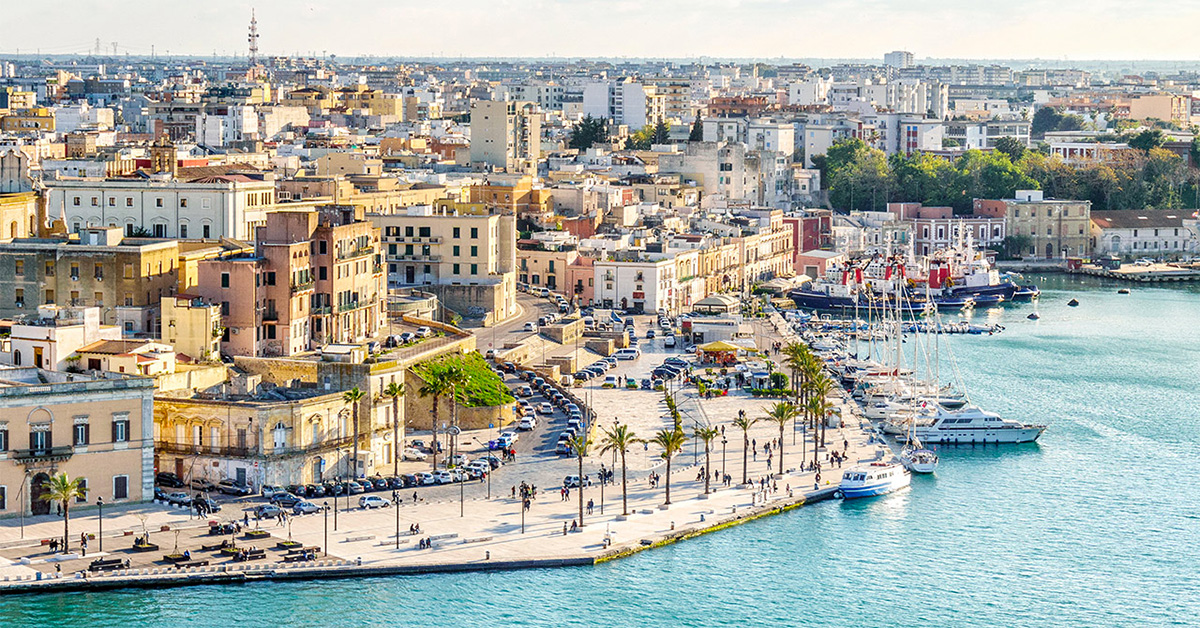 Brindisi’s cuisine is simple with basic ingredients used, starting with flour or unrefined barley, which is less expensive than wheat.