Only a great champion will be able to win at the Col de la Loze! The stage profile invites the favorites of the Tour to be audacious. They don’t yet know the road that will take them on that day to the Col de la Madeleine and have no idea of what to expect once in the resort of Méribel. They’ll still have an extra 7 irregular kilometers to climb with several passages at over 20%. – Christian Prudhomme 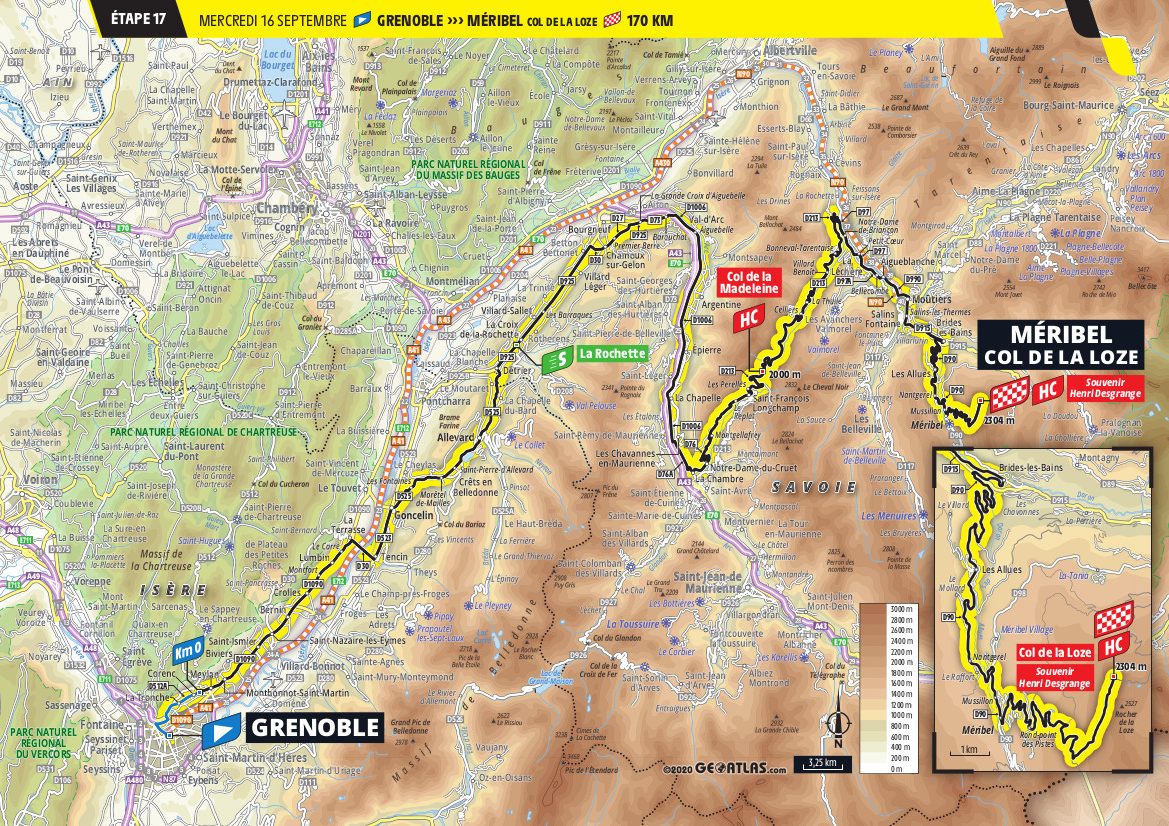 The 17th stage of the Tour de France is flat..................If you look past two massive climbs. The riders tackle the Col de la Madeleine and Col de la Loze in the last 65 kilometres. Which is, combined, almost 40 kilometres of uphill torture. The riders set off from Grenoble to pedal through the valley of the Isère en then the Arc River to Notre-Dame-du-Cruet. 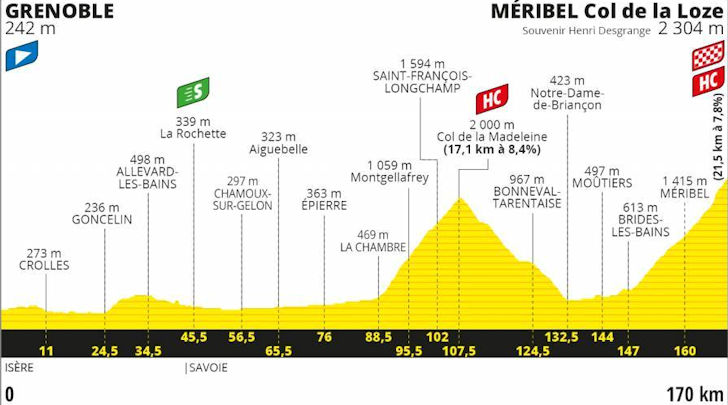 This is where the Col de la Madeleine kicks in hard with 4 kilometres at 10%. Thereafter the inclination levels out a bit, but it never becomes easy. Far from it. The Madeleine is 17.1 kilometres long and the average gradient sits at 8.4%. 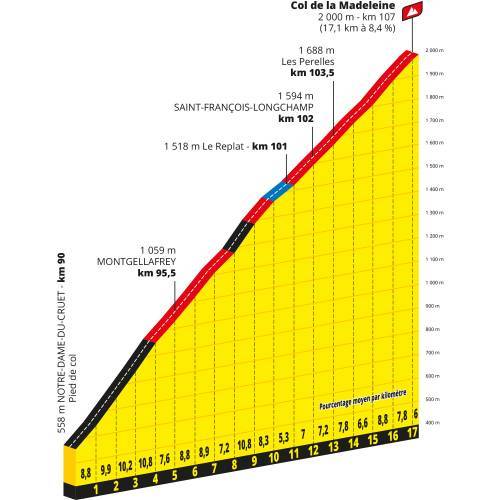 The riders descend back to the valley of the Isère to tackle the Col de la Loze in Brides-les-Bains.
The final haul up begins in ski station Méribel. Until June the pass was not suited to carry the yellow caravan. The road was accessible until the airport at approximately 1,800 metres, but six newly paved kilometres allow the Tour de France to include the Col de la Loze all the way to the top at 2,304 metres.
De Col de la Loze is an ascent of 21.5 kilometres long. The slope mostly hovers around 7%, but kilometre 18 and 19 stand out with 11% gradients, plus this section features sections at over 20%. The last 2.5 kilometres before the finish are equally explosive with an average gradient of almost 10%. 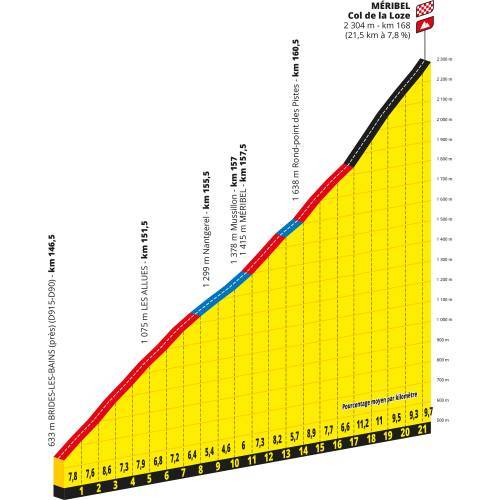 With these giant ascents in the last part of the race a GC battle for the stage win is on the cards. Most breakaway specialists find this kind of terrain simply too hard. Expect Jumbo to control the race until the very select group pass under the Flamme Rouge. The rider with the best kick wins.

With more than 40 visits, the Tour de France is familiar with Grenoble, even if is last stop was in 2014 for a stage to Risoul won by Rafal Majka. A Tour de France stage since 1905, Grenoble holds a special place in the history of the race. In 1919, a new ceremony took place by which Eugene Christophe received a yellow jersey to distinguish him as the Tour leader. The event was greeted by a ten lines story in l’Auto. Since then, 286 riders have held the yellow jersey. While Méribel already received the Tour de France in 1973 for a victory by Bernard Thévenet, Col de la Loze, above the ski resort, is one of the firsts of this edition. With its 21.5 km at 7.8 pc on average, this climb which Christian Prudhomme describes as the “prototype of the 21st century pass” will be one of the attractions of the 2020 route. The pass, which allows cyclists to reach Courchevel from Méribel, peaks at 2,304 m. Despite its recent tarring, it is not entirely new for the peloton since it constituted the entire route of the 8th stage of the 2019 Tour de l'Avenir over 23.5 km. Australia’s Alexander Evans won that day while Norway’s Tobias Foss grabbed the leader’s jersey and kept it until the end. The race already stopped in Méribel the previous year, allowing Tadej Pogacar to make a name for himself. In 2016, the Critérium du Dauphiné also came to the resort designed by Le Corbusier: Thibaut Pinot outsprinted Romain Bardet after the two staged a two-man breakaway. 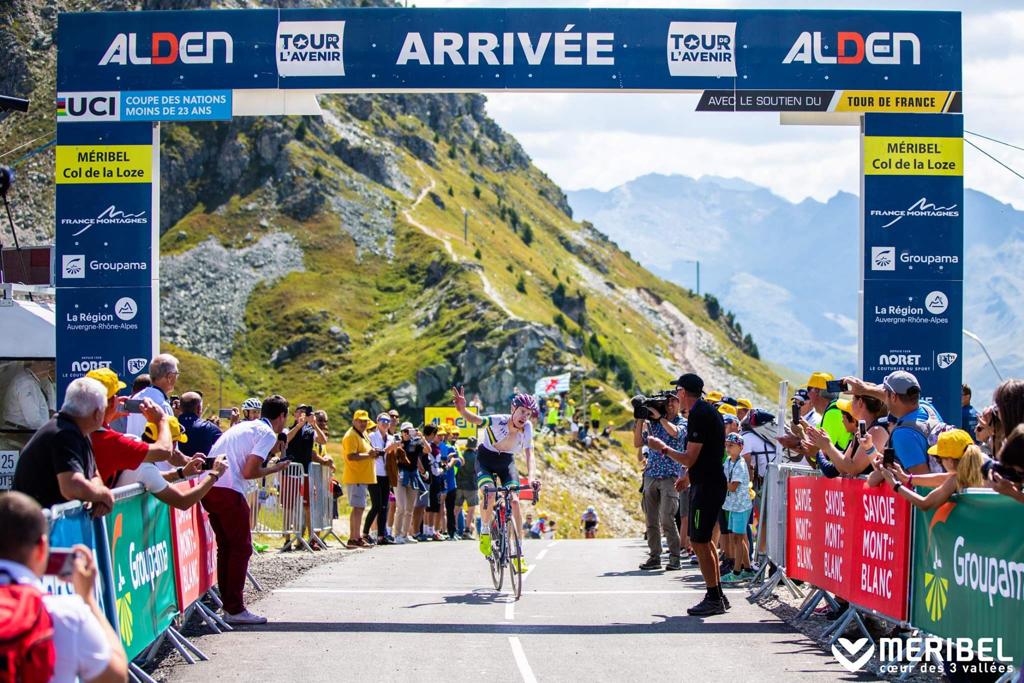 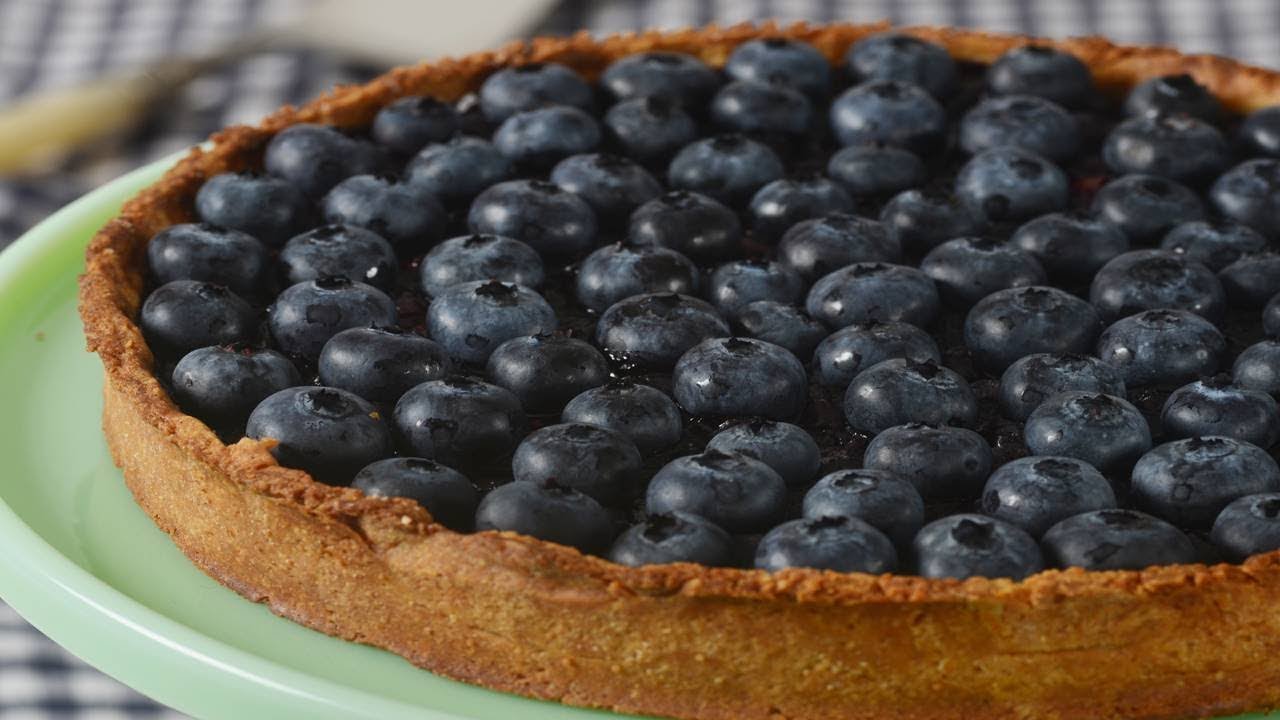