clu Posts: 89
April 2020 in Road general
Looks like Trek have cleaned up the Emonda for 2021. In line with the current trends with other bike manufacturers, full integration of the cable/brake hoses although the bike shown is fitted with SRAM eTap so no cables in this case. The frame tube shapes have been updated to make it more aero. Seemed to have not gone down the dropped seat stay design that others are now adopting.

I would guess that BB90 will be replaced with the T47 bottom bracket, like with the updated Domane. Wondering though if the top of the headtube is fitted with a front IsoSpeed decoupler. 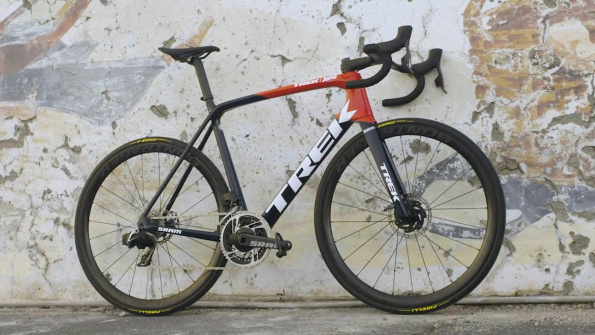