The Tour de France serves its first high altitude finish in the 14th stage. The riders set off in Tarbes for a day in the Pyrenees. The 117.5 kilometres route takes in the Col du Soulor as an intermediate ascent before the final haul up on the famous Col du Tourmalet. This stage will be a true showcase for the world’s best climbers. It will also be pivotal in both the yellow and polka-dot jersey competitions. 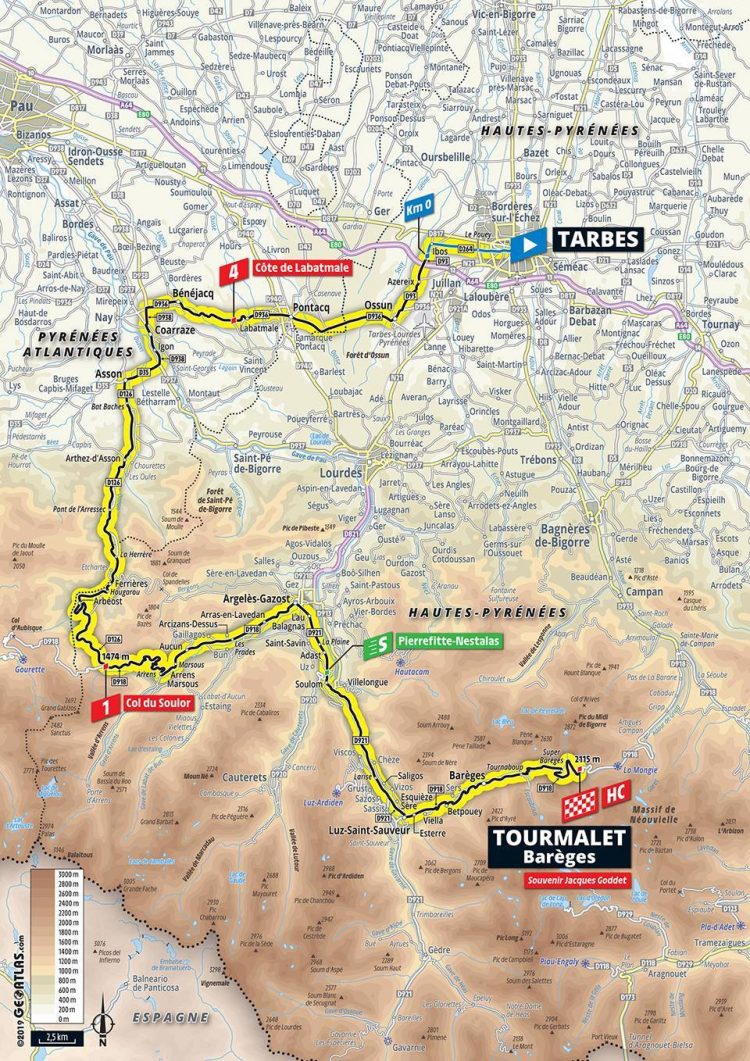 The Col du Tourmalet is a Tour de France staple with 57 inclusions since 1947, yet the race included only two summit finishes before. Jean-Pierre Danguillaume won the Tourmalet stage in 1974 and in 2010 Andy Schleck crossed the line in first position with yellow jersey Alberto Contador following his wheel.

The 2019 Tour de France ascends the giant in the Pyrenees from Luz-Saint-Sauveur. This climb amounts to 19 kilometres with an average gradient of 7.4%, while its last kilometre slopes at 10.5%. This section also features the steepest ramp of 13.5%.

The 14th stage sets off in Tarbes, which was last included in the 2014 Tour de France, also as a departure place. The race went to La Pierre Saint-Martin. It was the first high mountain stage of that edition and Chris Froome soloed to victory with a clear 1 minute margin over his rivals.

In 2019, the route includes some minor hurdles in the first 50 kilometres before the Col du Soulor is tackled on the Ferrières side. The climb is 11.9 kilometers and the average slope sits at 7.8%, while the maximum grade is 9%.

The Soulor is crested just after the halfway point. The route descends to Argelès-Gazost and then runs false flat to Luz-Saint-Sauveur, where the final haul up the Tourmalet kicks in. The steady ascent of 19 kilometres at 7.4% kicks it up a notch in the last 3 kilometres. The third kilometre before the finish slopes at 10.9%, while the last kilometre rises at 9.8%.

Is the race going to come down to a clash of GC riders or will we see the breakaway fight for the day’s honours? Both scenario’s are plausible. With approximately 50 kilometres on undulating terrain to the foot of the Soulor, the route lends itself for the attackers to open up a substantial gap. If De Gendt is up the road with some of his breakaway-expert colleagues, it wouldn’t be too far-fetched to think that they will tackle the Tourmalet with a lead of 10 minutes or more.
On the other hand, it wouldn’t be too far-fetched either to think a lot of GC riders have lost time in the Pau ITT and are eager to make up ground lost. So the break may well be controlled and a pure GC battle on the Tourmalet is just as likely.
(Sitting firmly on the fence there and subject to change, post ITT)

In 1951, when he was wearing the yellow jersey on the road to Tarbes, Wim van Est plunged into a ravine soon after crossing the Col d’Aubisque. The fall cost him the overall lead, but not his life. “Was God watching over Wim van Est?” L’Équipe asked with incredulity. The next day, between Tarbes and Luchon, Hugo Koblet took possession of the jersey and never let it go. But Wim van Est has gone down in history as the first Dutchman to wear the yellow jersey, and also the Giro d’Italia’s pink jersey. He went on to win another two stages of the Tour and passed away in 2003 at the age of 80. Two years prior to his death, a monument was erected on the Aubisque in memory of his fall. His then sponsor, Pontiac watches, did not miss the opportunity to use the incident to its advantage, with the slogan: “I fell 70 metres, my heart stopped beating, but my Pontiac still worked...” The man on the end of a miracle on the Aubisque was a colourful character. He had been involved in smuggling cigarettes in his youth and spent several months in prison. Cycling was his redemption. 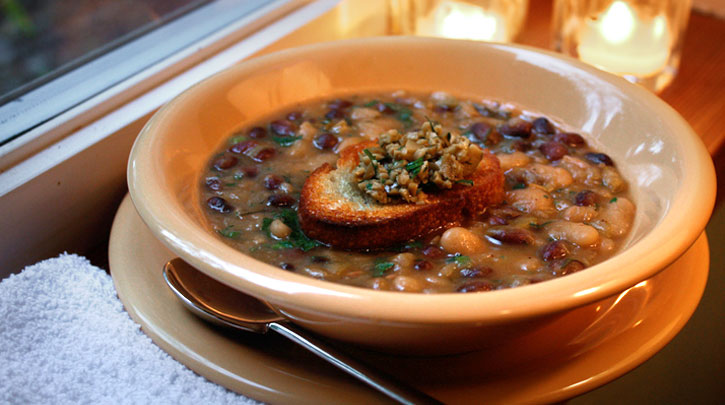 Someone was missing at the top of the Tourmalet on its first ascent in the Tour de France in 1910 – Henri Desgrange himself. The Tour de France founder had been in two minds about putting the climb on the Tour route and its presence had frightened quite a few riders, as the race took off with only 110 starters. The Perpignan-Luchon stage and the first mountain passes of the Pyrenees confirmed his impression that the course was perhaps a little bit too hard. Before the start, he had already been seriously attacked by some riders. After the finish in Luchon, Desgrange could sense that the peloton’s morale was not very high. He suddenly fell ill and stayed in Luchon for treatment, leaving the Tour keys to Victor Breyer. A keen boxer, Breyer was not afraid of a fight if needed. GC leader Octave Lapize made it to the top and won the stage in Bayonne, but was furious all the same: “Criminals!” he shouted but Desgrange was not there to listen. The crime has remained unpunished for over a century now.

Sainte-Marie de Campan forge
A plaque on the sport recalls the day of 1913 when Eugene Christophe broke his fork and tried to repair it in the local forge.

Bareges
The Bareges valley, one of seven valleys in the Lavedan county, once was a small independent Republic with its own customs. It was called the valley of the Toys, inhabited by mountaineers who proudly defended their freedom and were never subdued. The thermal baths were revived in the 18th century – after the visit of Madame de Maintenon – and the small thermal village became a commune in 1946. Its waters are used in traumatology, dermatology and to cure rheumatisms. 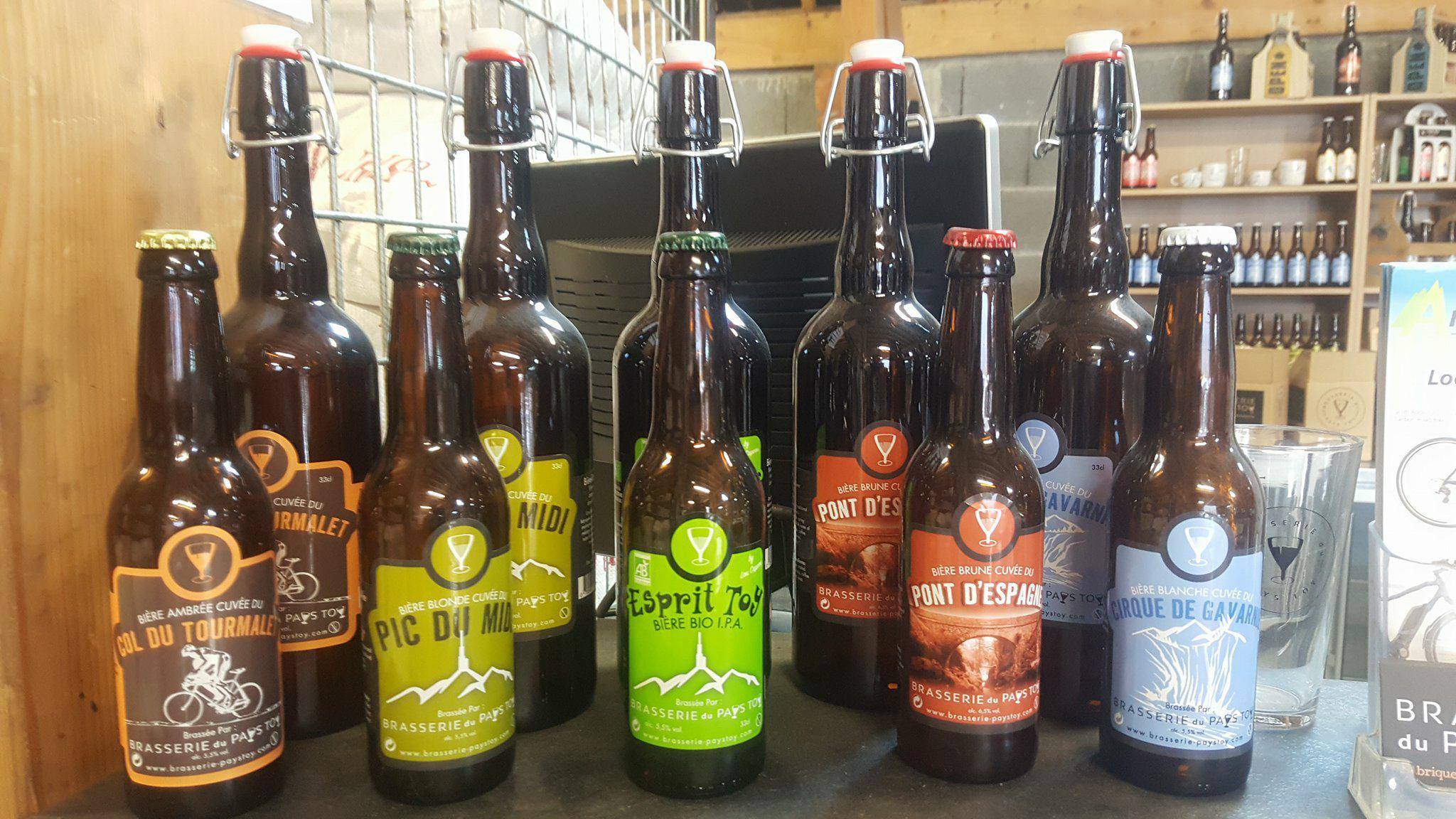