The 15th stage will set off from the Rivolto Air Base to honour the 60th anniversary of the Frecce Tricolori. This aerobatic squad gave air-shows in the the Giro’s of 2009 and 2014. In 2017, Mikel Landa soloed to victory in Piancavallo, while maglia rosa Tom Dumoulin succumbed to repeated attacks and Nairo Quintana moved into the race lead. 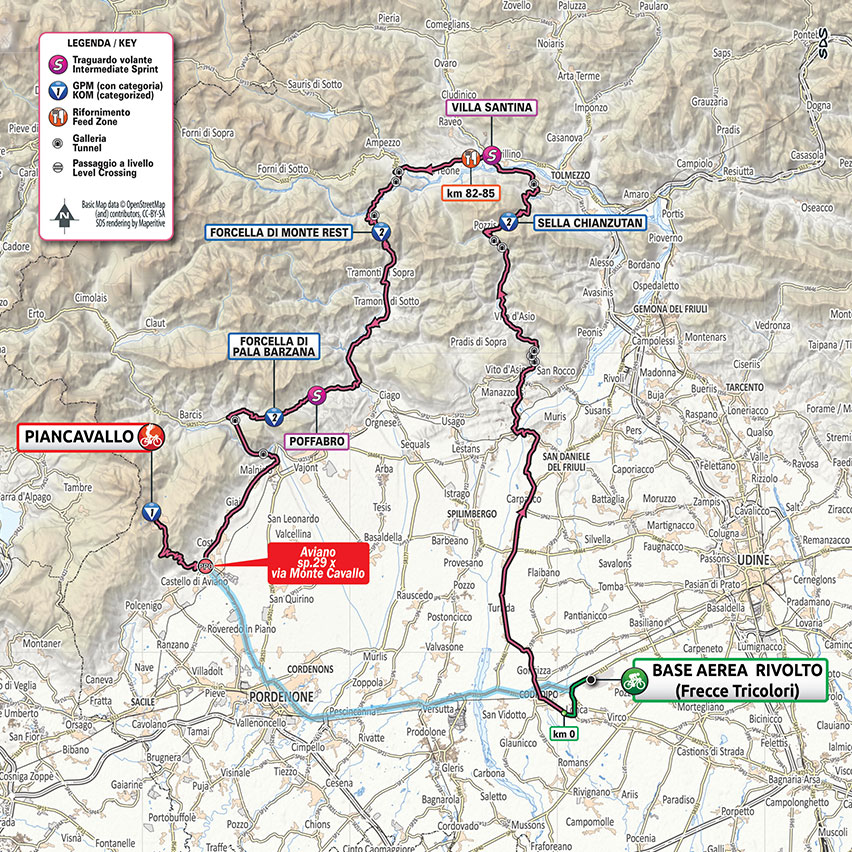 The battle for pink takes it up a notch on stage 15 of the Giro d'Italia, as the second week of action concludes with a race over three intermediate climbs before an uphill finish in Piancavallo. The finale of the Giro's 15th is a 15.5 kilometres climb at 7.3%. 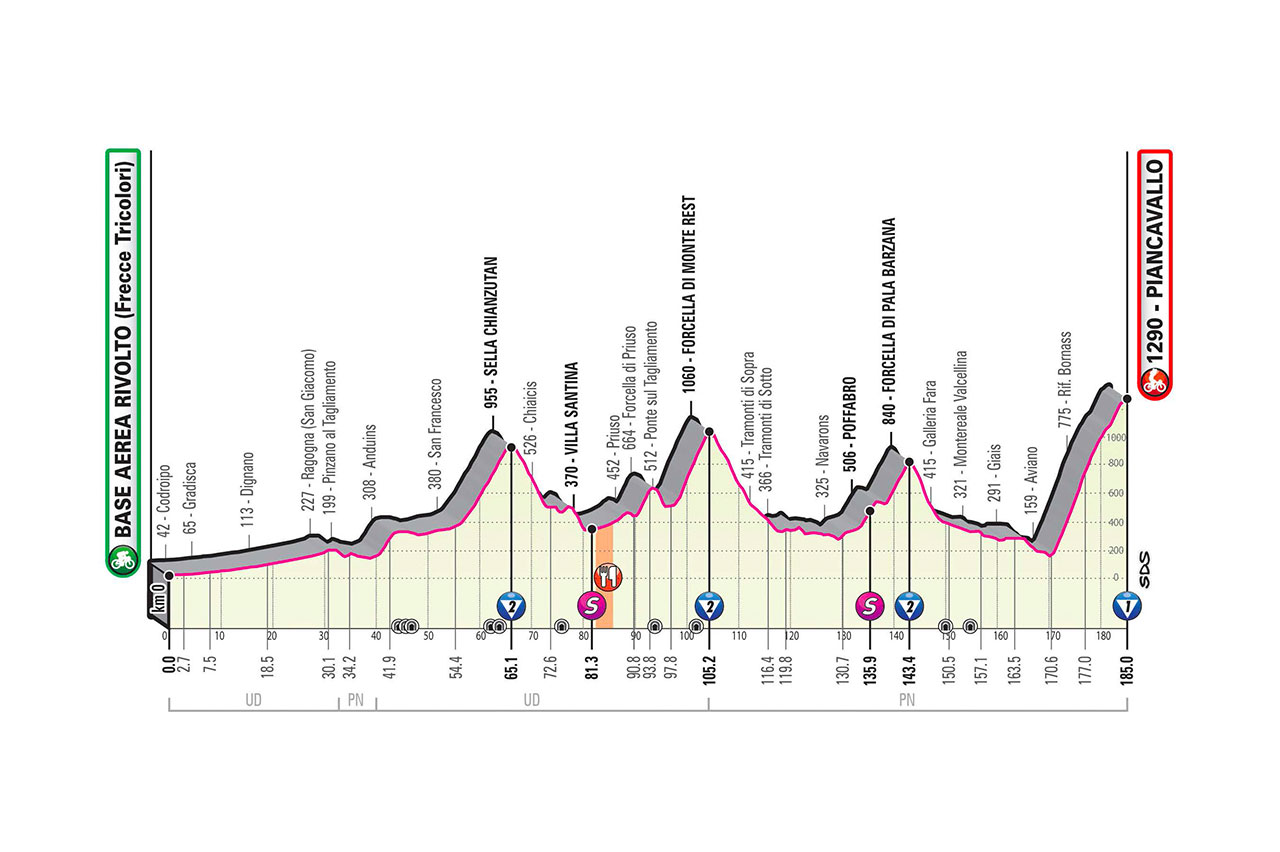 The first part of the race is relatively flat and it’s only after approximately 50 kilometres that the first climb appears. The Sella Chianzutan is a steady test of 10.6 kilometres with an average gradient of 5.4%. If the break of the day is not yet settled, this climb will definitely decide its composition. 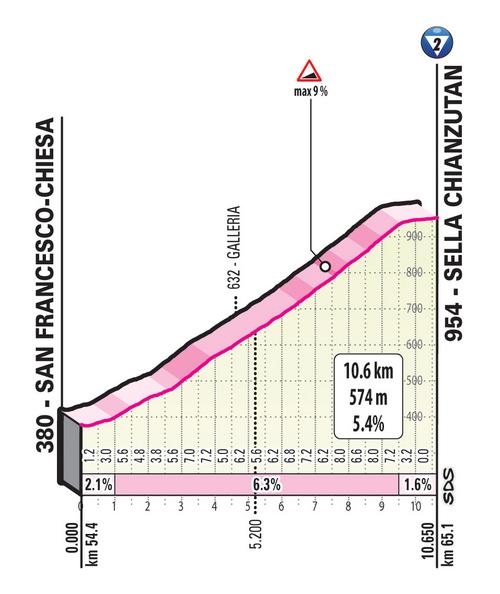 The riders descend towards the Forcella di Monte Rest, which is preceded by a 3 kilometres uphill at 6.7%. Following a short downhill the road rises for 7.4 kilometres at 7.5% to an elevation of 1,050 metres. 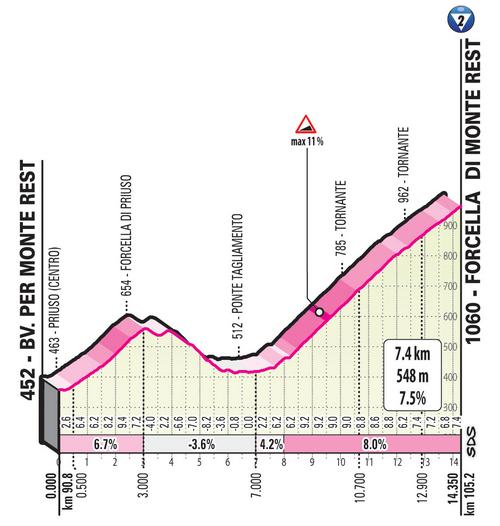 The following descent then leads into a 12 km long valley before the road goes up again to the easiest climb of the day: The Forcella di Pala Barzana serves as penultimate ascent in the 15th stage of the Giro d’Italia. It’s 13.3 kilometres in length and the average gradient sits at 4.4%. This is biased statistic, as the climb is very irregular. The last 4 kilometres go up at 7.4% before the riders fly down a 27 kilometres descent into Aviano. 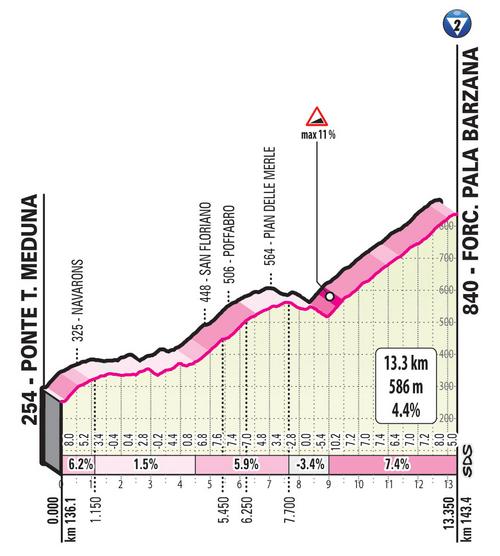 Aviano lies at the base of the finish climb to Piancavallo. Used only three times in the Giro, the first in 1998 won by Pantani, and the last in 2017 won by Landa. In between, it was the first climb in the Gardeccia 2011 stage.

The ascent kicks in hard, as the first 6 kilometres slope at 9.4%. The sixth kilometre even serves an intimidating average gradient of 11.6%. The climb continues to be merciless until kilometre 9 before the gradients become more mellow. The last 5 kilometres are relatively easy. 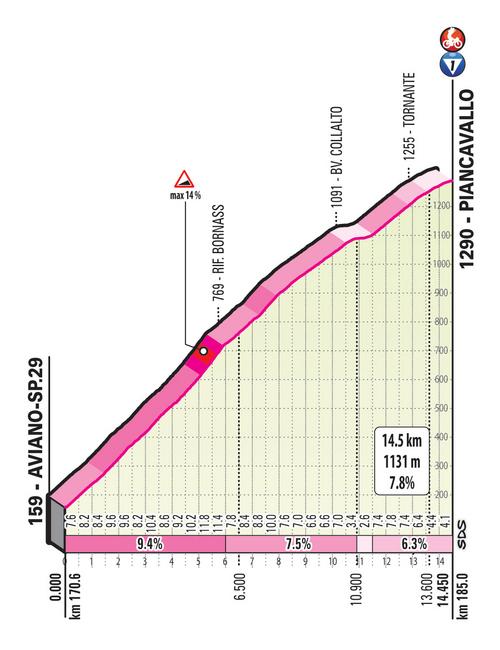 The 500 metres before the flamme rouge are flat and the final kilometre into the ski resort is a false flat. 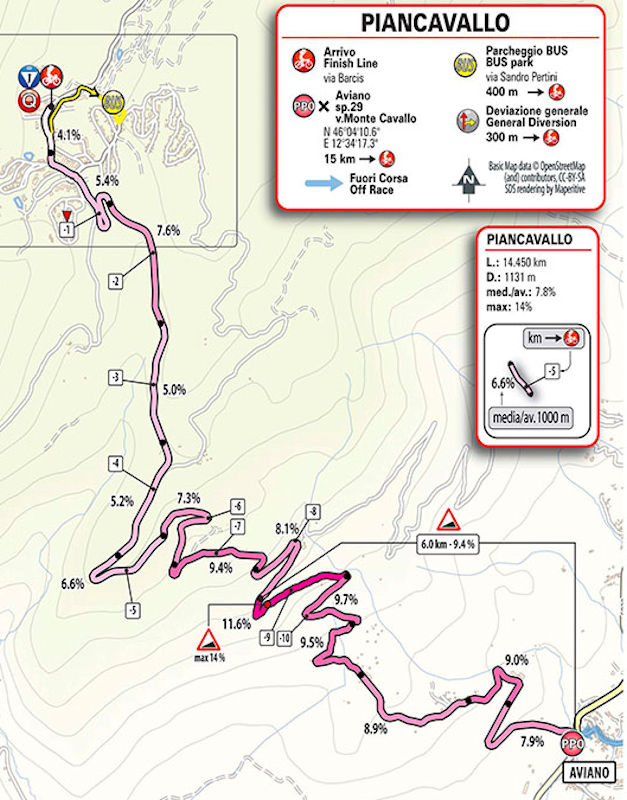 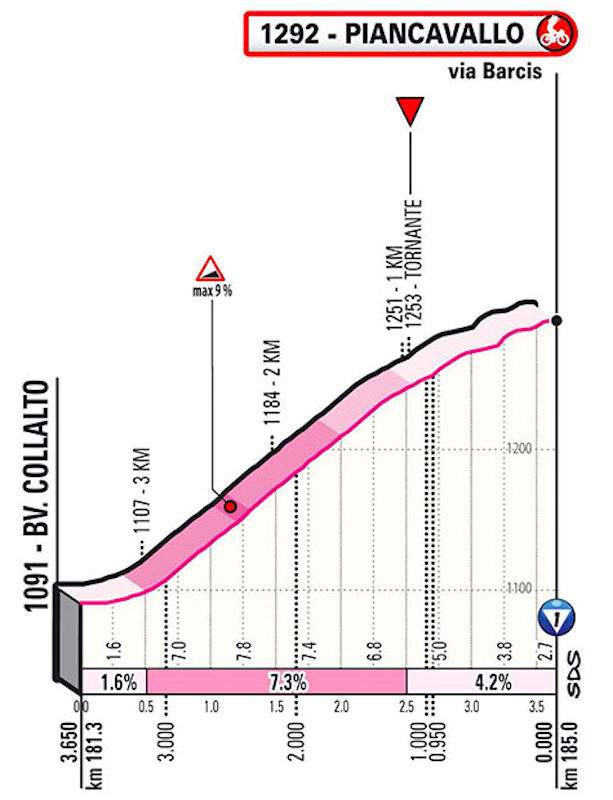 On 18th October 2020, for the first time in the history of the bike race Giro d’Italia, a stage will start from a military airport, which is Rivolto airbase (UD), home of the 2nd Wing of Italian Air Force and Frecce Tricolori since their establishment in 1961. 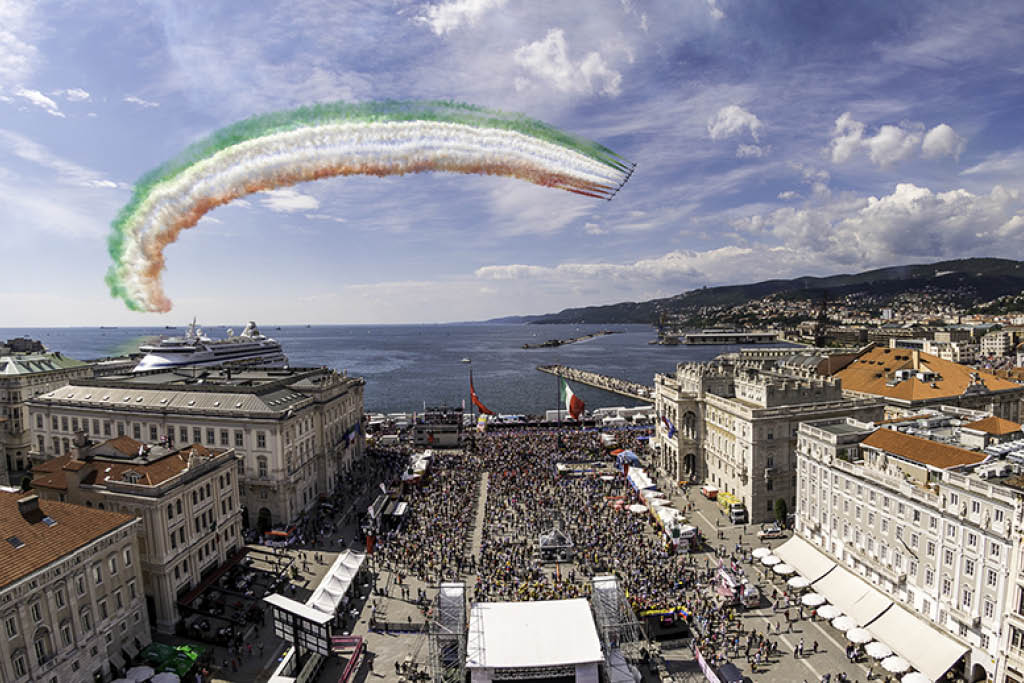 Piancavallo is a ski resort in the Dolomites of northern Italy. It is a frazione of the comune of Aviano, in the province of Pordenone in Friuli-Venezia Giulia.
Piancavallo is situated at 1,280 metres (4,199 ft) above sea level, at the foot of Monte Cavallo (2,251 m (7,385 ft)). Piancavallo, part of the municipality of Aviano (PN), is a landmark for winter sports and a nice place for a summer holiday too. 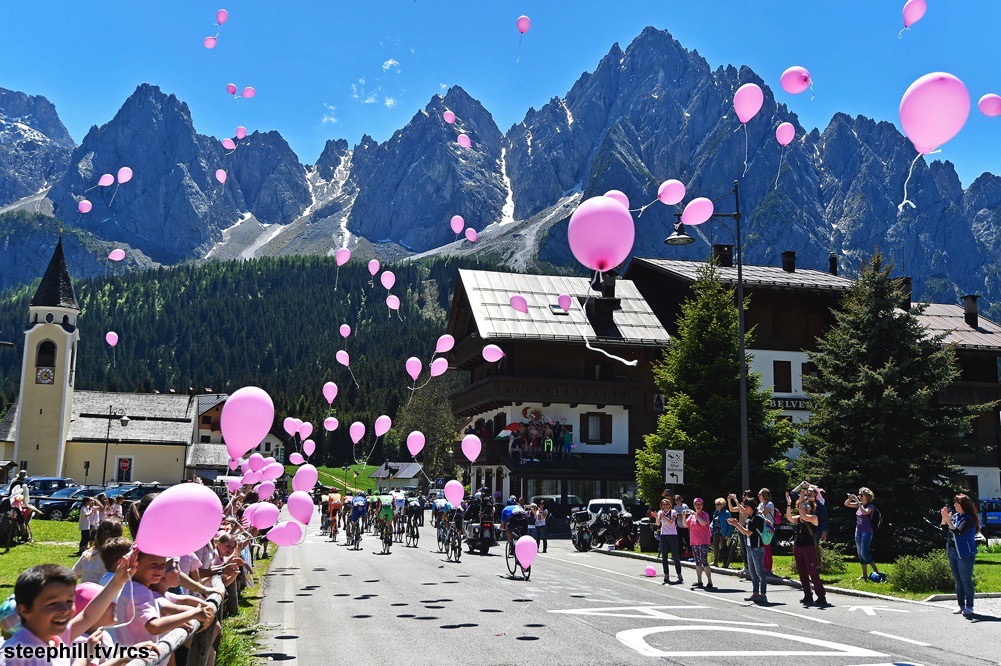