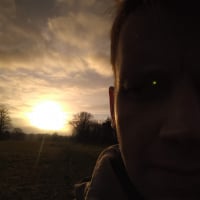 rjsterry Posts: 23,272
June 2020 edited June 2021 in The cake stop
Seeing as it's derailing two other threads and this has some particular interest for me as a former Bristolian, let's have a chat about one of the city's big names.

I'm sure a few won't have heard of him before now, but he was a very successful merchant who among other things was heavily involved with the Royal African Company, which between 1680 and 1692 transported ~84,000 people from West Africa to the Americas as slaves, ~19,000 of which died on route. He was deputy governor from 1689 and 1690

He set up three schools, almshouses, and made various other philanthropic donations. The city's main music venue, various other buildings and numerous streets are named after him in the city.

The particular statue has been the subject of calls to remove it or at the least recognise his involvement in the slave trade for years. This got bogged down in arguments over the wording of the new plaque to be fixed to the plinth of the statue. Personally, I think it beggars belief that the statue wasn't removed to a museum years ago, but he is far from the only link with slavery in the city. It's never going to be possible to undo the link between Bristol and slavery - it's built into the very fabric of the city and its institutions - but it's about time it was recognised properly.

Edit: And now this has veered off course as well. I therefore give this thread over to the winds of chance.
1985 Mercian King of Mercia - work in progress (Hah! Who am I kidding?)
Pinnacle Monzonite