The Giro heads back to the mainland for a long, medium mountain stage in Calabria. At 225 kilometres, the 5th stage of the Giro is a hilly race from Mileto to Camigliatello Silano. The finale is a 25.6 kilometres climb before a 10 kilometres drop to the line. 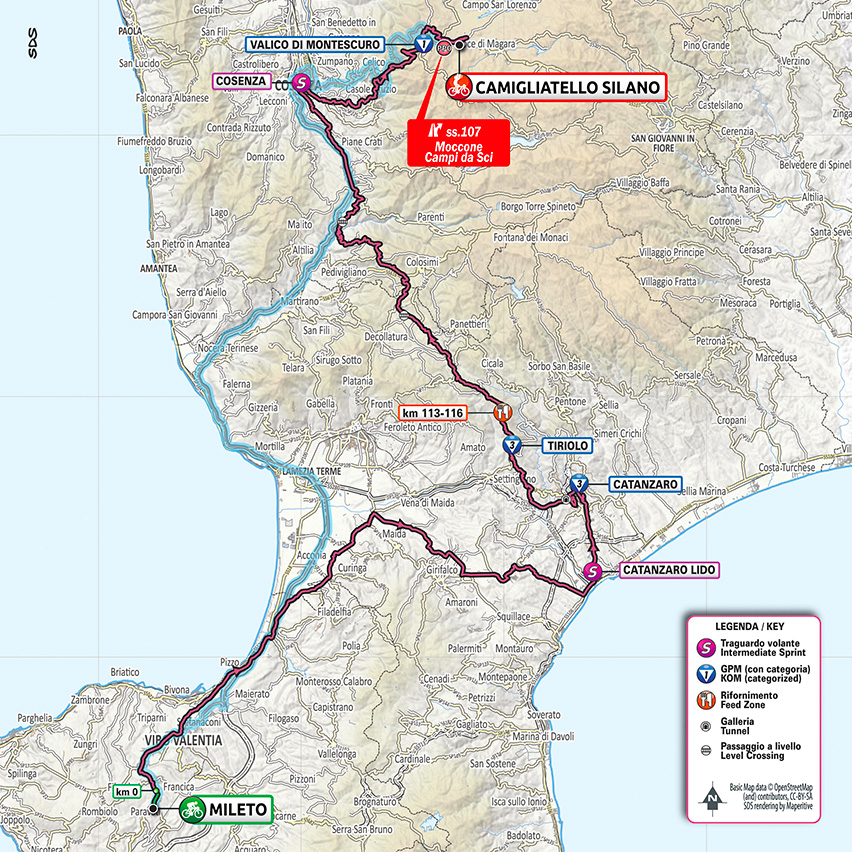 From Mileto, the riders will travel along the Tyrrhenic coast for a few kms before heading towards the other side of the peninsula, all of this on rolling terrain with very little actual flat. 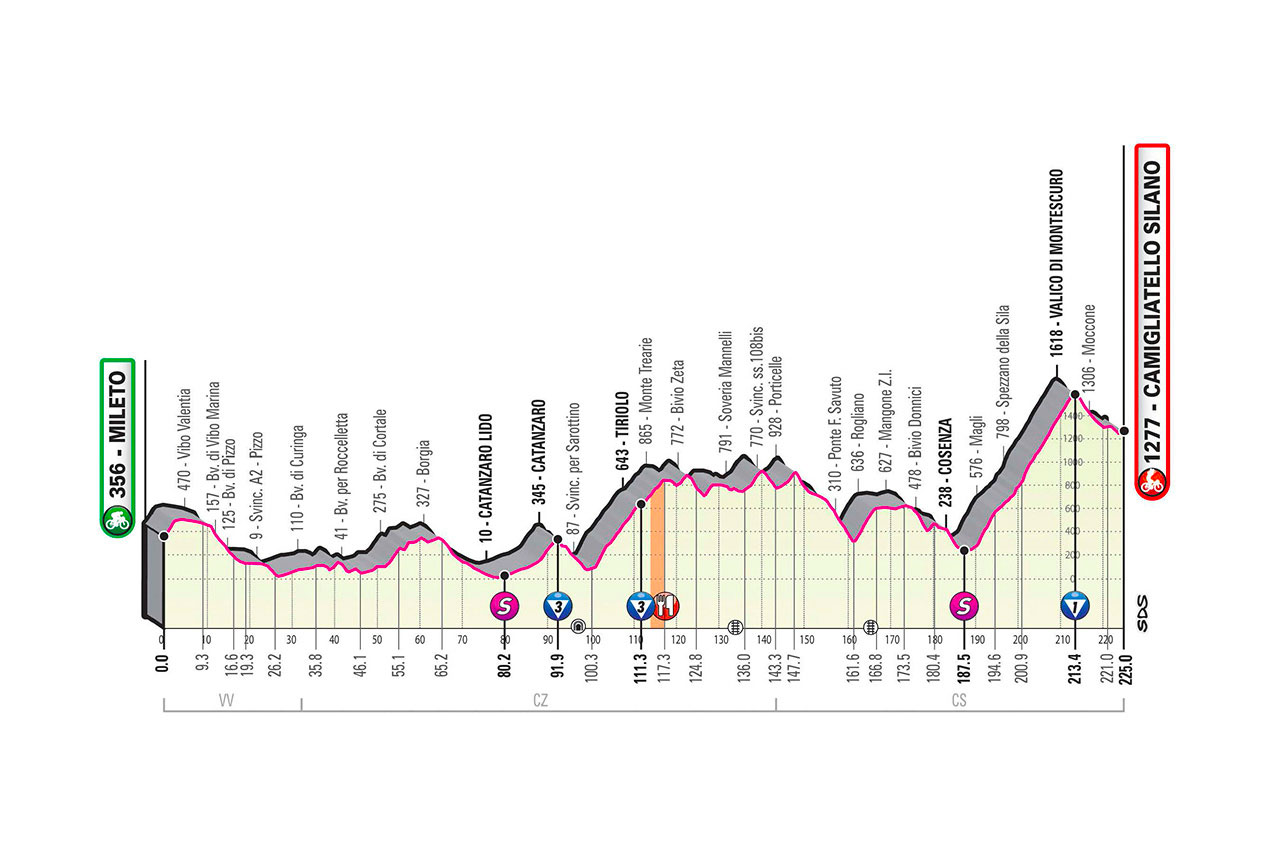 Once the flag is dropped the riders tackle a short climb to Vibo Valentina airport before continuing on undulating terrain to Catanzaro. Starting at sea level, the ascent up to the town is 13 kilometres long, although most of it climbs at shallow gradients. The last 2.5 kilometres slope at 7%, while some sections go up at double digit gradients. 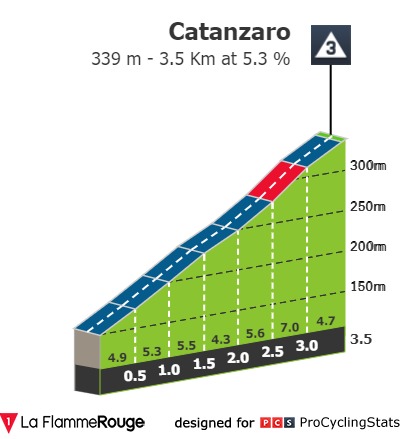 The route descends towards kilometre 100 to continue onto the next ascent. The Monte Trearie climbs on narrow roads, howver, the official GPM is just over halfway of the actual climb, which in total would be 17 km at 4.5%.
Tiriolo (GPM3, 10.6 km at 5.3%). 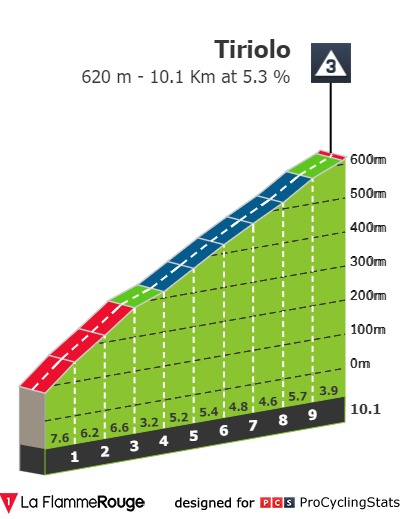 At the top there is a long and irregular plateau, and the descent only starts 30 km later. A demanding, ( the following climb, Rogliano, is uncategorized, even though it is 5.2 km at 6.3%.) lumpy section leads to the foot of the Válico Monte Scuro. The 24.6 kilometres climb at 5.6% features the most trying kilometre – at 10% – halfway. The summit is crested at an elevation of 1,618 metres. 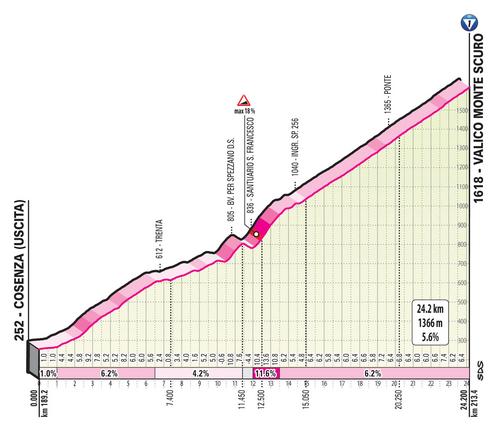 The riders fly down a 12 kilometres descent into Camigliatello Silano. 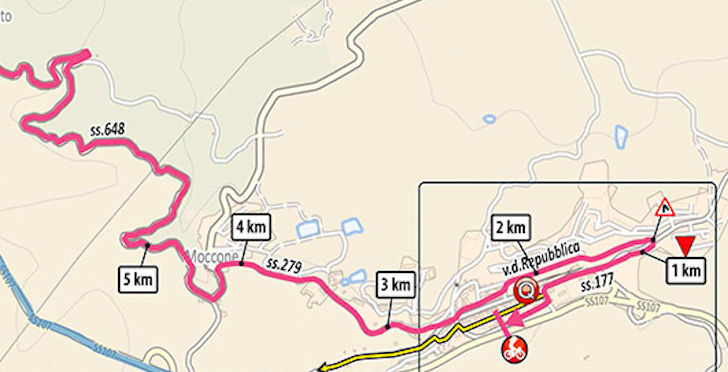 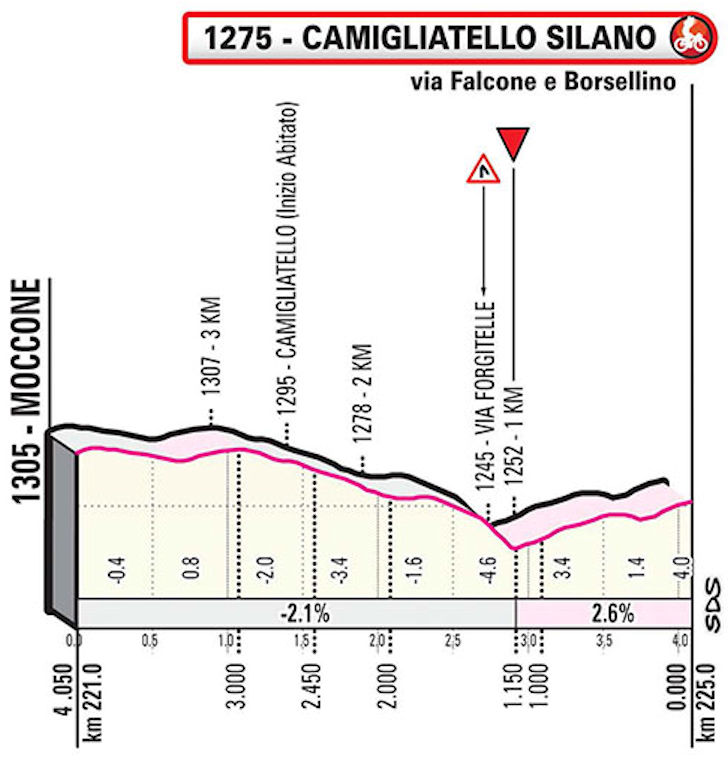 Chances are that this is a stage for the breakaway, so no obvious favourites.

Mileto is a recently founded city. The urban planning of the new Mileto is rectangular, with lengthwise streets, intersected with perpendicular ones. Four symmetrical squares were provided for daily markets and a wider central square for special ones.
Mileto citizens reaped the ruins of the abandoned Norman city, in order to rebuild it. What the earthquake had left it was degraded, dismantled, dismembred, removed and transformed into whitewash. You can admire over Mileto streets several granite portals, coming from the old location. 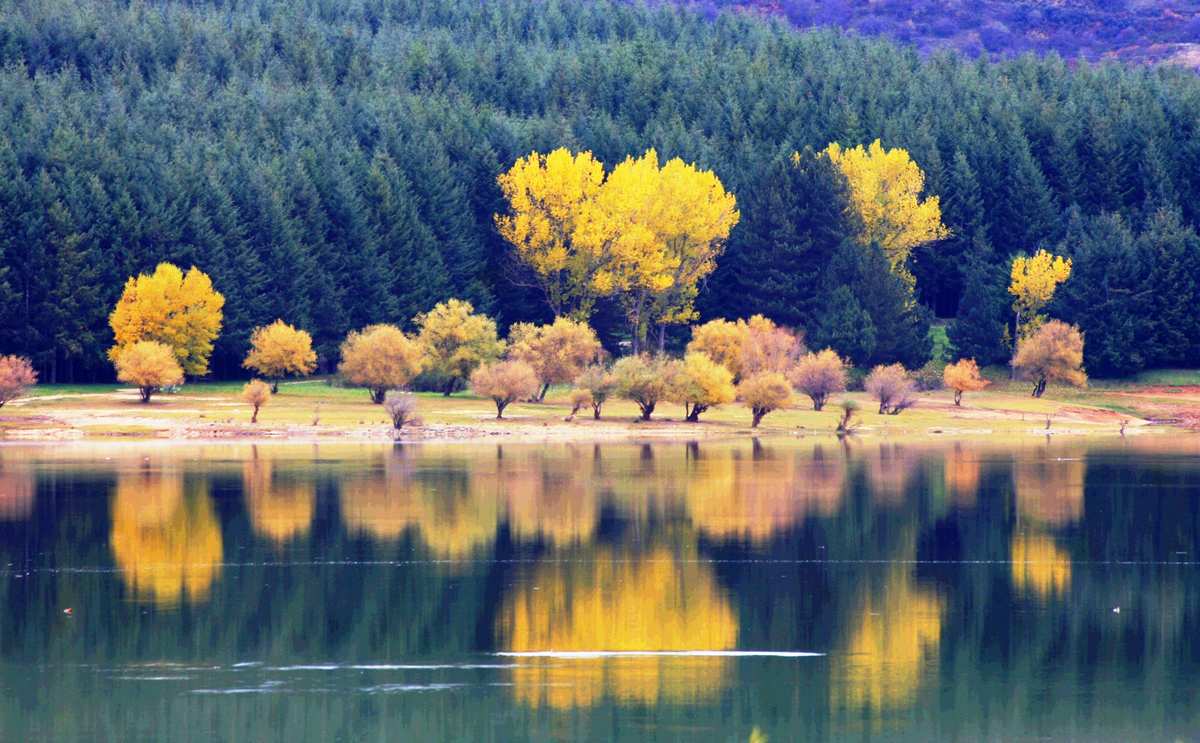 On the fertile lands of the Silan plateau there are various excellence that can be found in the local
farms, in the restaurants and in the shops. These excellence honor the generosity of this territory.
There are several typical products to be discovered and to be tasted: the Caciocavallo silano D.O.P.,
the Patata della Sila I.G.P. the Pecorino della Sila, the podolica meat, and the black pig of Calabria.
However, the most famous typical plate is the “Coccìa”. The dish is made with
pork, sheep and goat, and it is prepared with boiled wheat and salt, and then baked. 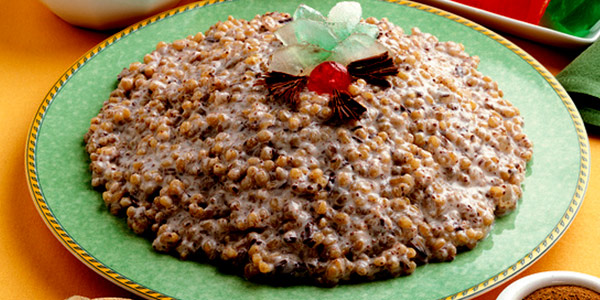