The 17th stage of the Giro d'Italia travels from Commezzadura in the Val di Sole to Anterselva. The route amounts to 181 kilometres. 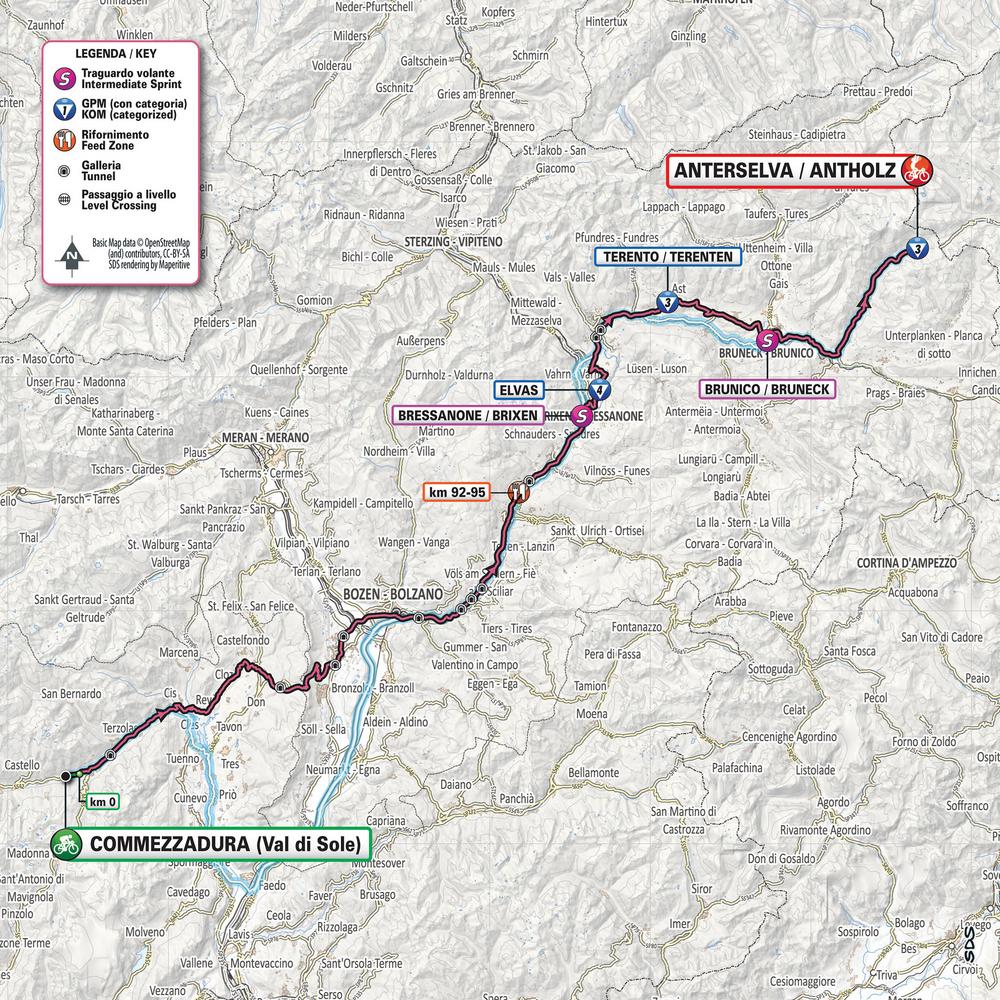 The riders will take in a succession of climbs and descents, with categorised summits in Elvas and Terento, leading to the foot of the final climb in Anterselva/Antholz.

The Val di Sole – or Sole Valley – ends on the Tonale Pass before descending to Ponte di Legno, but the riders go the other way in stage 17. The route descends slightly to Lago di Santa Giustina before it goes uphill on the easy side of the Passo della Mendola (8.4 kilometres at 4.5%).

Following a long downhill to Bolzano a prolonged false flat of 45 kilometres runs to a short climb to Elvas (3.4 kilometres at 7.6%).

A gentle descent and it goes back up again to Terento, which is also a climb with a 7.6% gradient, but this one is longer: 6.6 kilometres. The middle part is toughest.

The riders fly down to Brunico before the last 27.5 kilometres are all uphill.
Final kilometres The final climb is very demanding, as the road slopes at an average 8.5% gradient from 5.5 km to the finish until the red flag. After a short ascent, the route reaches the cross-country skiing track at the Biathlon stadium, then drops for 100 metres through the tunnel that passes under the road, to finally enter the stadium. The home straight (110 m) is on 6.5 m wide tarmac, after the shooting range.

Commezzadura is a town in Trentino (Italy) with 1.020 inhabitants, formed by the separate hamlets of Mestriago (where the city hall is based), Mastellina, Deggiano, Daolasa, Almazzago and Piano. Back in time, the main economical sources of those villages were based on animal farming and forestry: today, Commezzadura has its main focus on tourism, both in Summer and Winter time, mainly targeting active vacation and outdoor sports lovers. 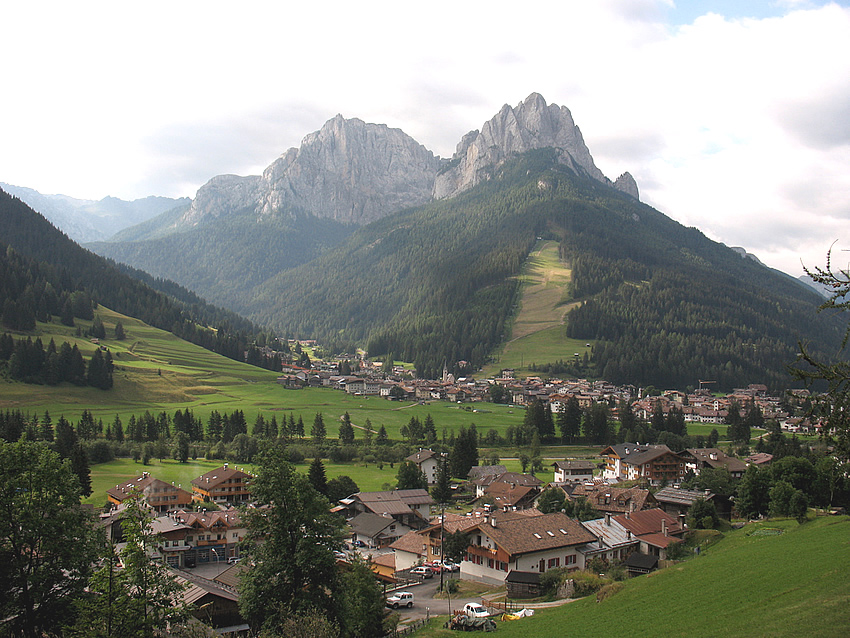 Rasen-Anterselva (Rasen-Antholz in German) is an Italian municipality of 2.903 inhabitants of the Autonomous Province of Bolzano in Trentino-Alto Adige, whose altitude varies from 926 m to 3.436 m. The valley is known for years as one of the stops of the biathlon World Cup. The name Rasen means “swamp” and is attested as Resine or Rasine in 1050-1065, Niderräsen in 1353. The German word Antholz means “opposite” (ant) “to the wood” (Holz).
At the end of the Anterselva Valley, in the heart of the Vedrette di Ries-Aurina Nature Park, lies the turquoise and romantic Lake Anterselva. The new nature trail leads around the lake, which, with a depth of 33 meters and an area of about 44 ha, stands as the third largest lake in South Tyrol. In the Anterselva Valley there is the renowned Biathlon and cross-country skiing center Südtirol Arena Alto Adige, often home to the Biathlon World Cup and in 2020 of the World Championship. Surrounded by the peaks of the Vedrette di Ries and in the immediate vicinity of the Lake Anterselva, the landscape has much to show and creates the perfect setting for biathlon athletes and cross-country skiers.

The Valley of Anterselva is famous for its typical South Tyrolean dishes. Tasty and traditional dishes, served in original, typically regional places. You can also taste the traditional and crunchy Schüttelbrot bread, good cheese and smoked bacon, accompanied by a good glass of wine.