Tuesday 14 May - At 235 kilometres, the long 4th stage of the Giro d'Italia travels from Orbetello to Frascati, a town just southeast of Rome. Following a race on rolling roads the last 5 kilometres slope at around 5%. 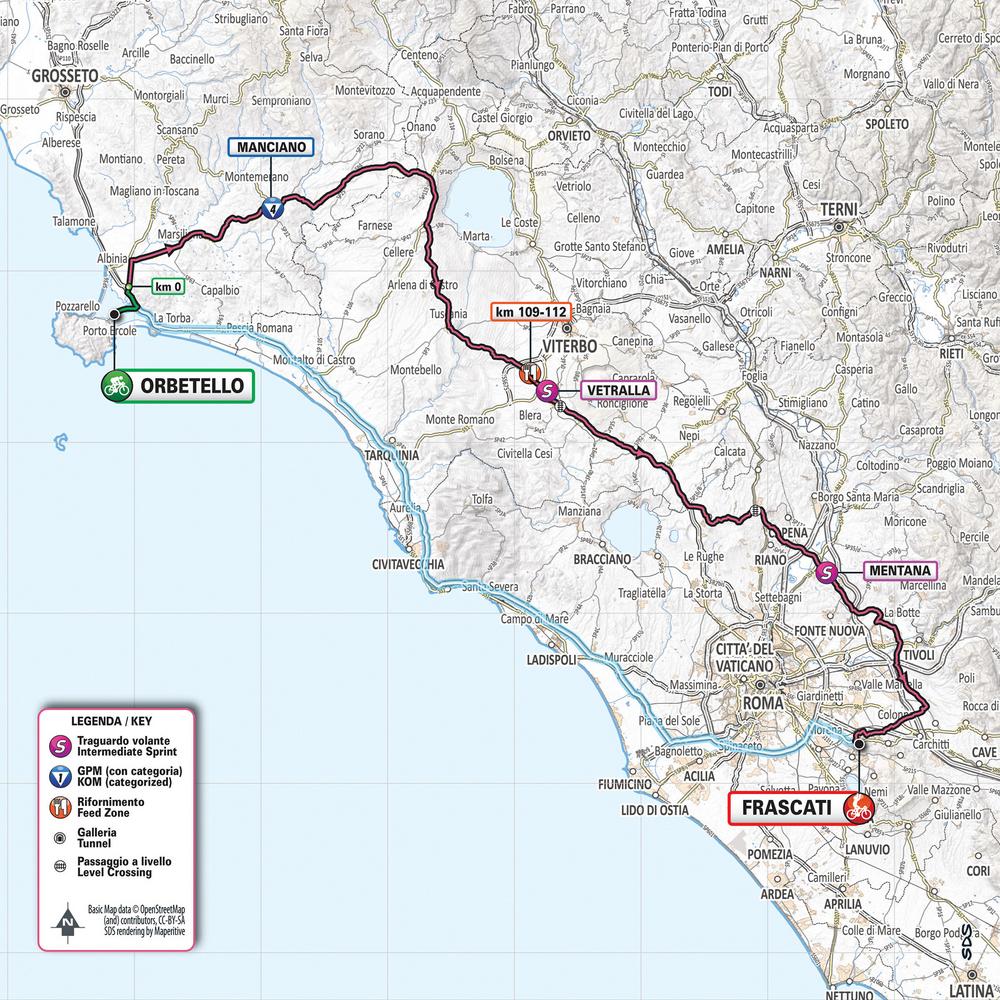 There is only one categorized climb, Manciano (GPM4, 8 km at 3.7%), which is also the first difficulty of the day.
The first hill is crested and at kilometre 63 the riders reach the highest point of the day in Poggio Evangelista.

The course continues in similar fashion across the countryside of the regions Tuscia and Lazio.
The Giro passes east of Rome to head for a promising finale. With 5 kilometres remaining the route descends to a final kick-up of 2 kilometres. The slope fluctuates around 4 to 5% while the steepest ramp sits at 7%.

The 1998 Giro also included an Orbetello-Frascati stage. The race boiled down to a bunch sprint with Mario Cipollini taking the flowers. The Giro’s last visit in Frascati was in 2007 with another sprint: Robert Forster outgunned Thor Hushovd and Alessandro Petacchi.

FRASCATI
Population 22,450
Frascati is a city and comune in the Metropolitan City of Rome in the Lazio region of central Italy. It is located 20 kilometres (12 mi) south-east of Rome, on the Alban Hills close to the ancient city of Tusculum. Frascati is closely associated with science, being the location of several international scientific laboratories.
It is also known for the Cathedral, the Episcopal Palace, the Church “del Gesù” and the Aldobrandini Stables, now housing the City’s Archaeological Museum.

GASTRONOMY
Typical products can be tasted in the famous “fraschettas”.

Frascati is a wine city, producing Frascati Superiore and Cannellino (both DOCG) and the Frascati DOP.