Stage 3 in the Giro d'Italia runs from Vinci to Orbetello. The route amounts to 220 kilometres and is tailor-made for a sprint finish. The profile is rolling and flattens out towards the finish. The route crosses the hills around Siena before reaching the plain around Grosseto. 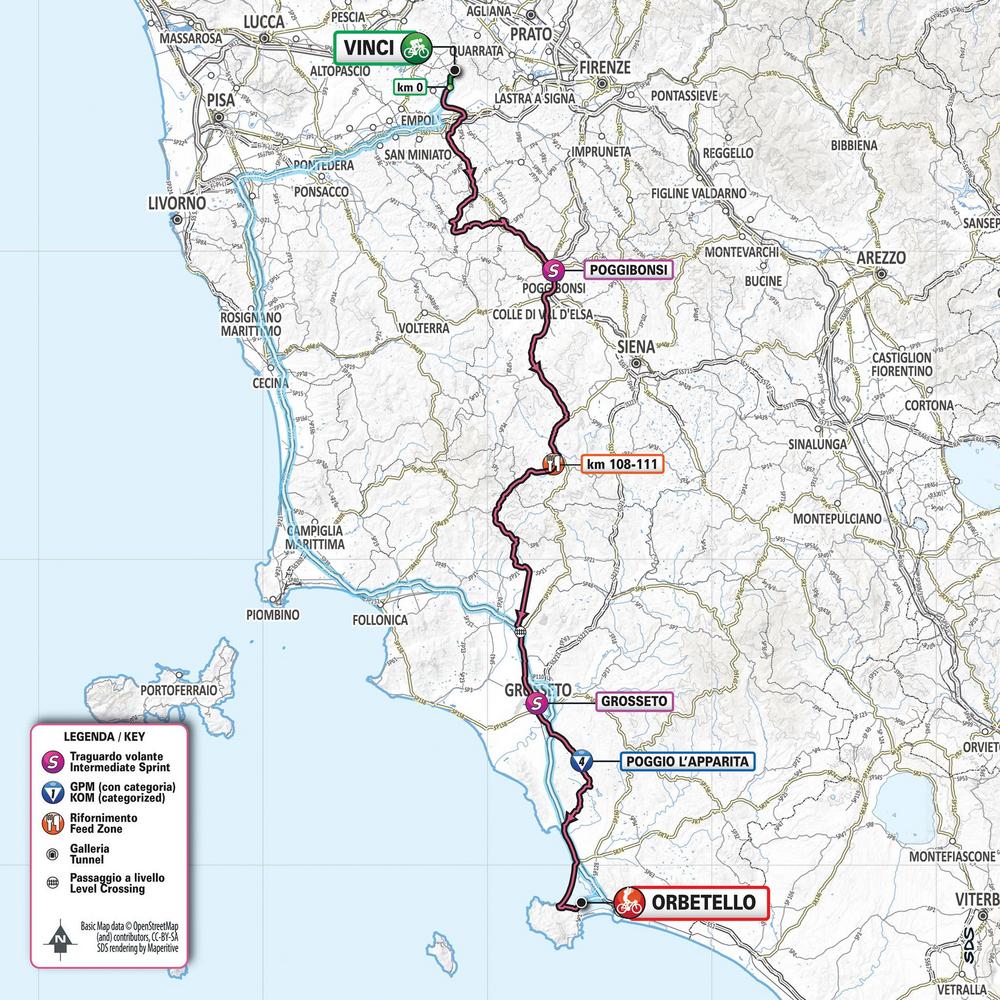 Vinci is a small Tuscan town near Florence. The birthplace of Leonardo da Vinci is included to mark the 500th anniversary of the famous artist’s death. The life of the town revolves around the eclectic Renaissance figure and Vinci itself has become a sort of diffused museum dedicated to the master.
The walled medieval town is located on the north-west slopes of the Montalbano hills and surrounded by olive trees and vineyards.

After one last hillock, the Poggio l’Apparita categorised climb, the final kilometres leading to the finish are pan-flat. 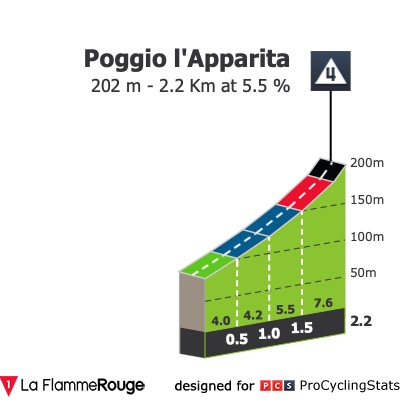 A chicane in the last 500 metres is something to be aware of. 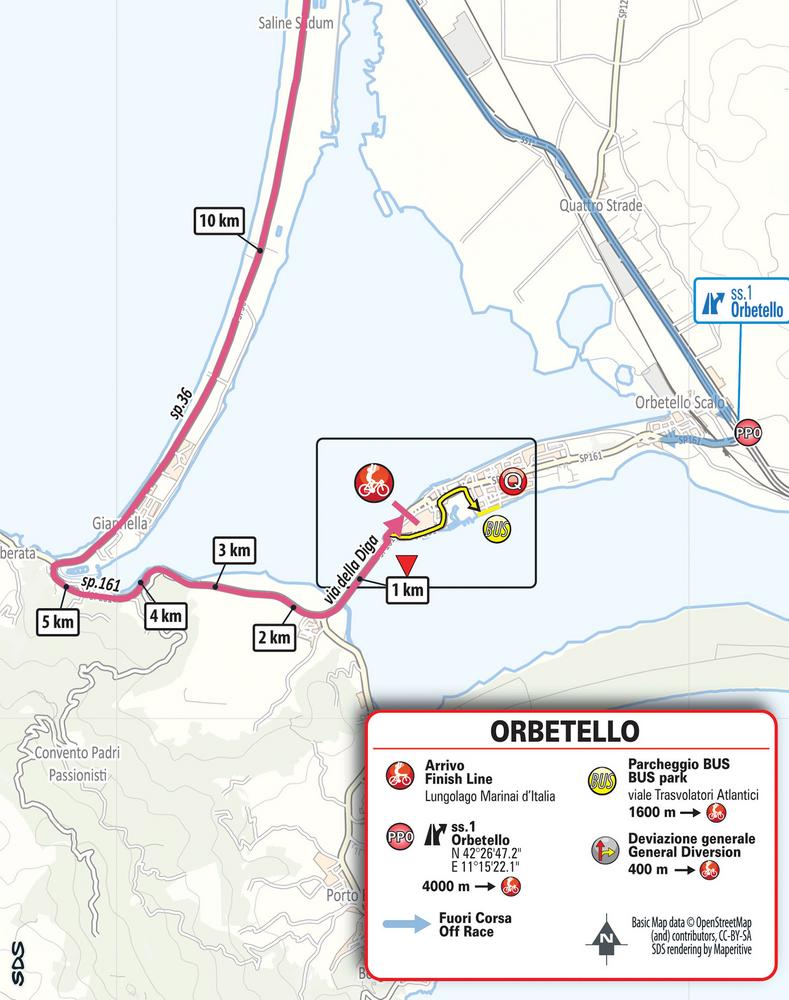 Thanks to its widespread and varied territory has always represented an ideal place for cycling and outdoor tourism; also its unique microclimate makes it ideal for outdoor sports. The small peninsula where the town can be found is surrounded by the ‘Laguna di Levante and the Laguna di Ponente, this in turn is defined by two strips of land: Feniglia and Giannella, where there are two beautiful beaches that plunge into the Tirreno sea. Orbetello which has a unique shape like a boat (or almond) is connected to monte Argentario by a causeway which was built in 1841. The appealing towns of Talamone, Fonteblanda, Ansedonia and Albinia are part of the district of Orbetello.
This bridge will be the final km of the race. 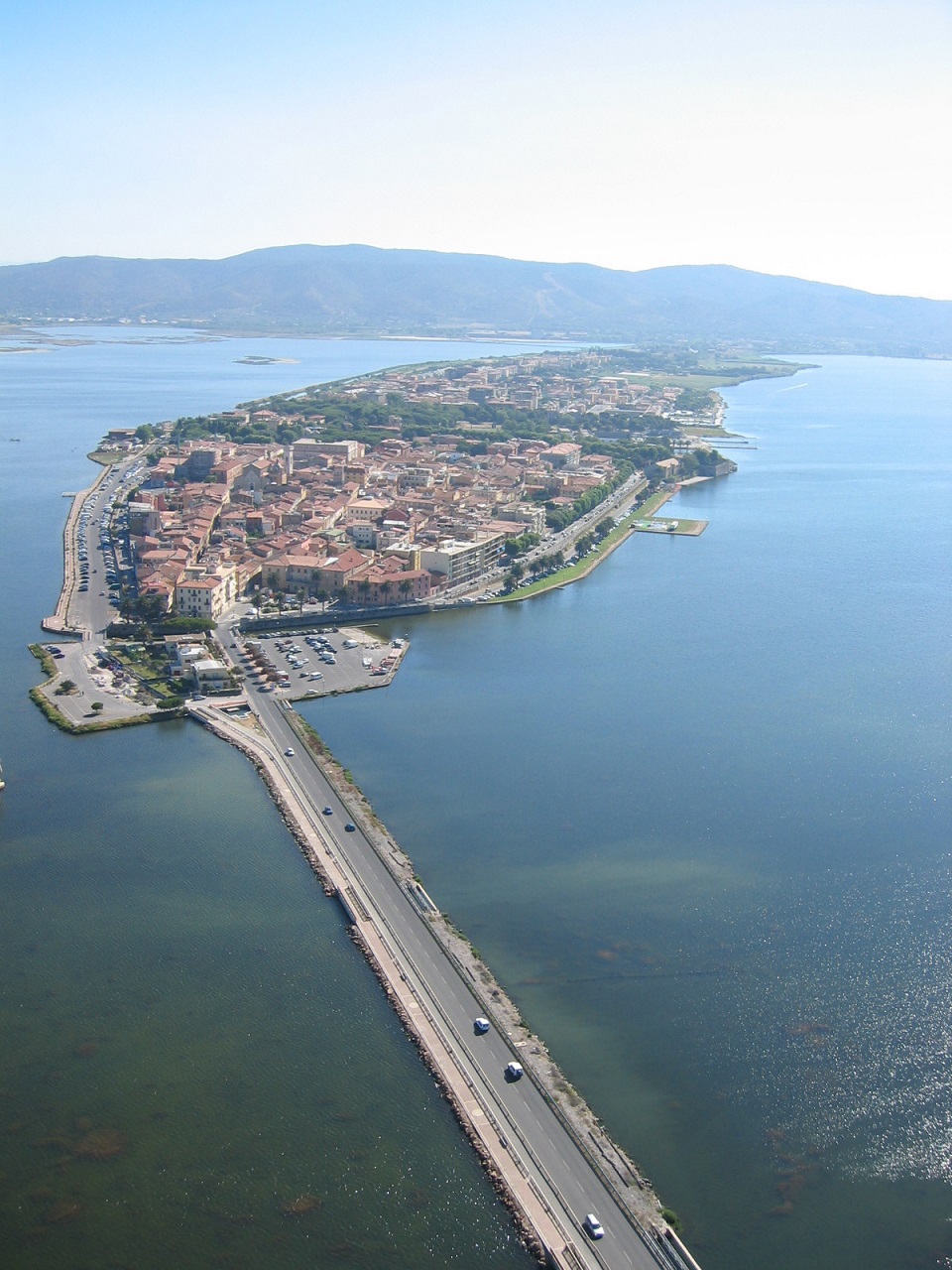 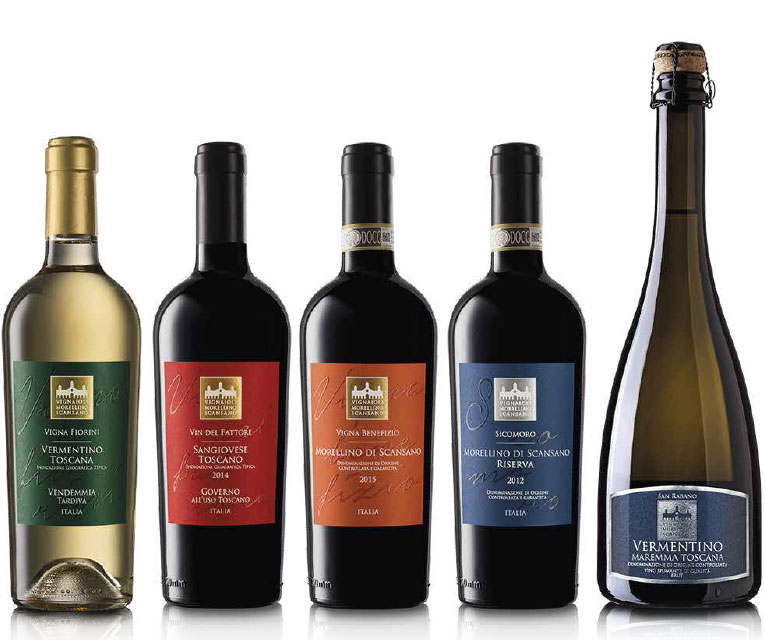