The 14th stage in the Vuelta a España and second stage in the Asturias- Leon triptych ends at a summit that has never been included in the Spanish Grand Tour. Les Praeres is a 4 kilometres toil with an average gradient of 12.5%. The 171 kilometres route takes in four intermediate climbs. Once agin the winding terrain will favour escapes and be hard for GC teams to control.

The race sets off in Cistierna to return to Asturias over the Puerto de San Isidro (1,520 metres) and continue to an unprecedented arrival at Les Praeres de Nava. The climb in the Sierra de Peñamayor is a 4 kilometres torture with an average gradient of 12.5%. The final haul up kicks in hard with a 16% slope in the first 2.2 kilometres.

Possibly, the break of the day takes shape on the first uphill, which is unclassified and peaks at 8.6 kilometres. The route continues to the aforementioned San Isidro before the riders drop down a descent of almost 30 kilometres to the foot of the next climb, Alto de la Colladona, which is reached halfway. The Colladona is a 5.3 kilometres ascent with an average gradient of 7.1%. 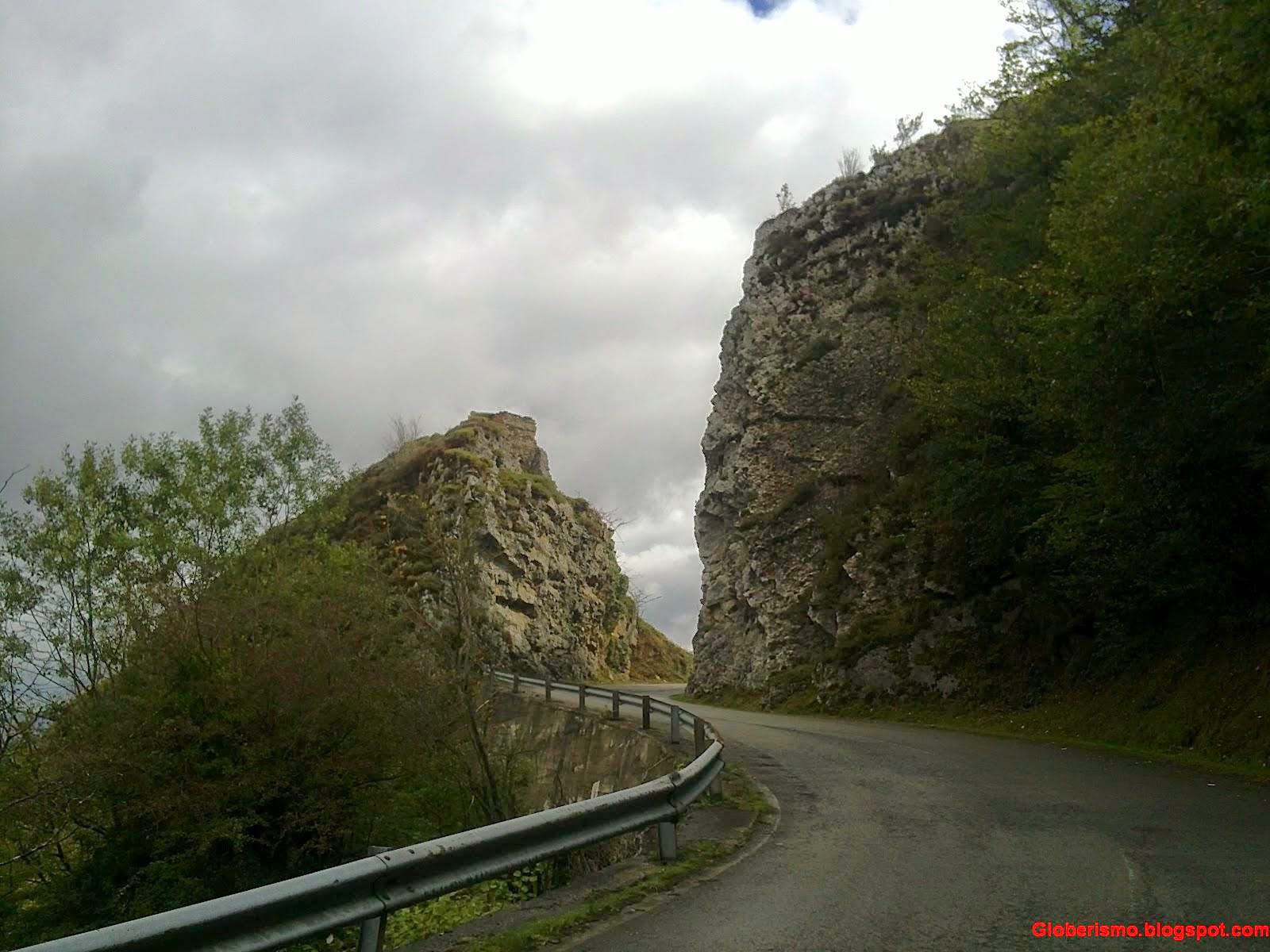 And on it goes to the Alto de la Mozqueta, a 9.4 kilometres climb at 6.2%. A short drop leads to an equally short uphill before the route drops down to San Martín del Rey Aurelio, and 4 kilometres later the penultimate uphill begins.

The summit is crested with 21 kilometres remaining and following a drop and a flat section of around 10 kilometres the final haul up appears. 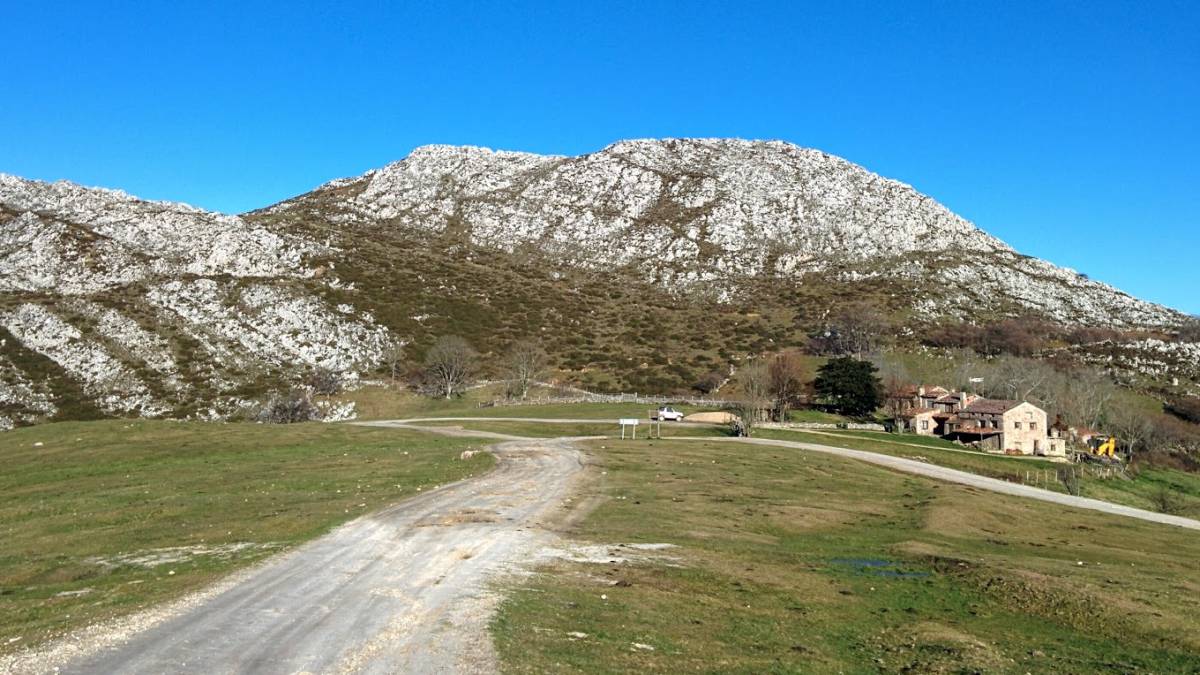 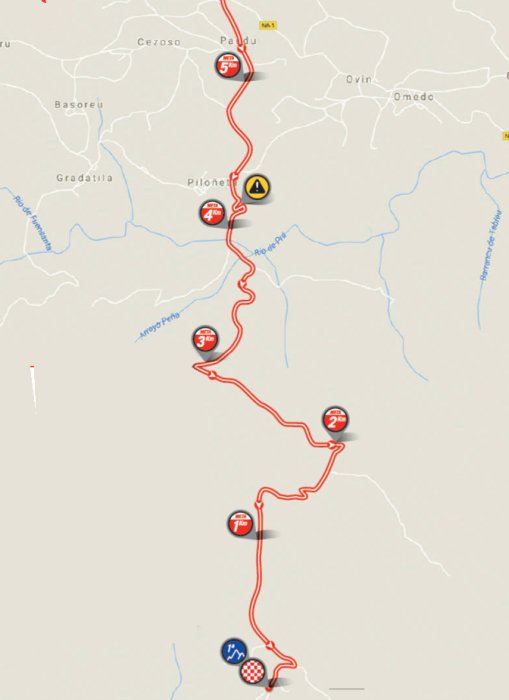 Team hotels for this stage>

León Province
The history of Cistierna would not be what it is without the Esla River. Its past, of particular importance during Roman times, revolves around this river formation that attracted miners from all over the peninsula. In 2016, David de la Cruz threatened Nairo Quintana's lead with an unthinkable escape from the departure at Cistierna that allowed him to take La Roja from the Columbian, albeit just for one day.
The remains of its Roman past, the traces left by the railway and mining, are all Cistierna signs of identity. Some architectural jewels remain from its industrial tradition, such as the Iron Bridge, from the school of Gustave Eiffel. Rescued from abandonment for the transit of strollers and bike riders, it is the destination of one of the last signposted, conditioned routes.
The railway’s importance is reflected in the Railway Museum, which houses a curious collection of objects and photographs linked to the rail life, which is completed with the old locomotive repair workshop.
The luxurious , a jewel of railway heritage offers a route through the beautiful landscapes of the North, from León to Santiago. The Expreso de La Robla, which evokes the route of the old Hullero, also has a compulsory stop in Cistierna.

But we cannot conceive any route without considering its gastronomy, and here the palate is delighted with game, trout, cheeses, charcuterie, mountain stew and exquisite sweets. Among them, the one that stands out the most is the Olla Ferroviaria de Cistierna, a dish that is now a Registered Trademark. A traditional annual competition brings together dozens of participants in a delicious gastronomic battle that concludes with a lively tasting. A true paradise for the senses.

Asturias Province
In Nava, cider is a way of life, whether it is through its production, or the tourism attracted by such festivities as the Cider Festival or the very popular Cider Museum, which has its headquarters in this Asturian town. This will be an unprecedented La Vuelta arrival, in which riders will try to stick to the etymological definition of Nava, which literally means “flat land between mountains”.
To speak of Nava is to speak of cider… as the municipality is the epicentre of cider in Asturias. It is, therefore, not surprising that it is home to one of the main touristic and cultural icons that pay homage to this drink, the Cider Museum: a true living testament to Asturian traditions and a compulsory stop for all those who visit Nava. Always punctual, year after year, the Cider Festival takes place during the month of July. It has been declared of National Touristic Interest and is the oldest and most important one of its kind in Asturias.

Nava is also synonymous with nature. The landscapes that take shape in the Spring, with the blossoming apple trees, or in Autumn, are a true pleasure for the senses, as is a visit to the Peñamayor Mountain Range, where “Les Praeres” sit in a privileged space that shows all the facets of Asturias.
Hiking trails, villages, hidden churches and palaces in the lovely, bucolic settings, such as the Ferrería en Fuentesanta where, according to legend, Doña Jimena, wife of El Cid Campeador, lived. These are just a small sample of everything that Nava, “the Cider Town” can offer.