Not Another Mega TR... Update On Page 3

peter413 Posts: 5,120
March 2014 edited February 2015 in Your mountain bikes
Finally Parcelforce delivered a nice big box this morning. Bloody typical that it's the first thing I ordered but the last thing to arrive 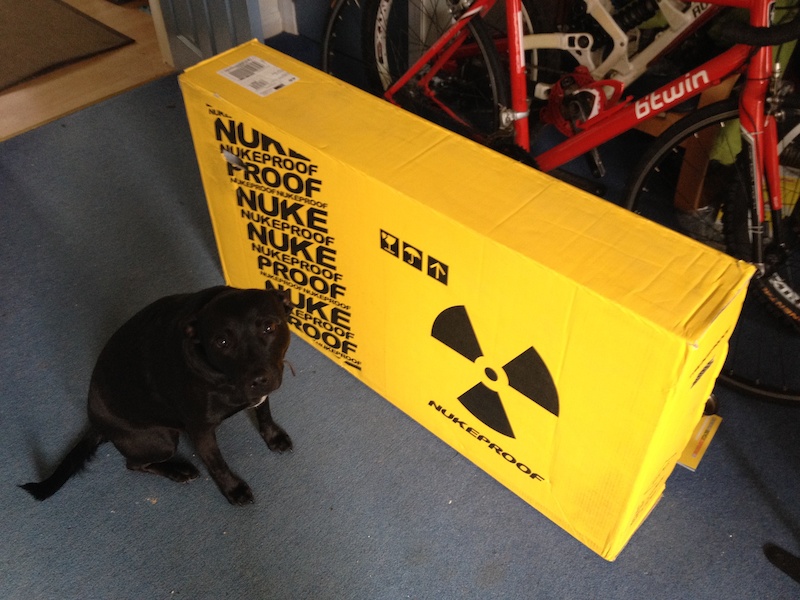 Decided it was about time the Marin got replaced and since the Kinesis was cracked this seemed the perfect time to get the Mega. This means I'm down to only three bikes now and one of them is a road bike :shock:
Transition Patrol
Cube LTD 29er