The wine region La Rioja hosts a race from Logroño to an uphill finish at the Moncalvillo. Logroño was the finish of the ITT on the 2017 Vuelta a España. Chris Froome powered to victory, thus laying the groundwork for his only GC win in the Spanish grand tour until now. 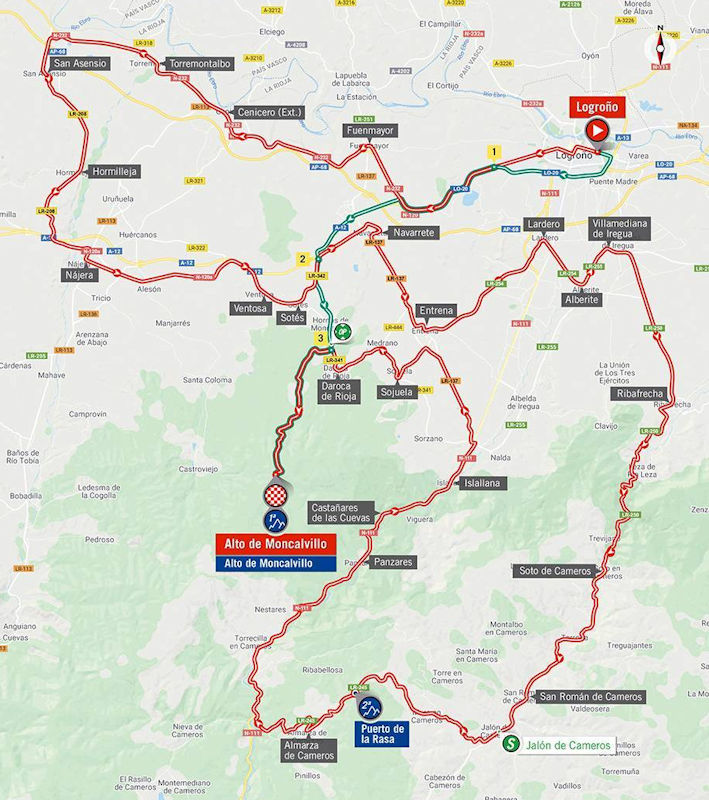 La Vuelta serves a race on undulating roads with two ascents standing out on the eight day of action. The course is not very remarkable in the first 100 kilometres. Although being far from flat, the riders don’t face any serious uphill tests until the last 60kms. 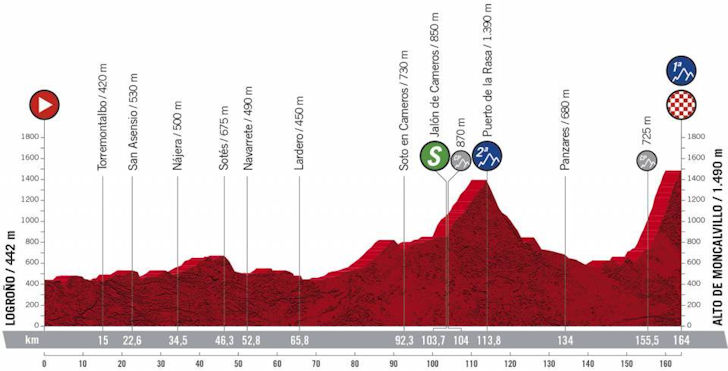 After Ribafrecha the route ascends to a false flat plateau that leads onto the first proper climb. The Puerto de la Rasa is 9.8 kilometres long and the average gradient sits at 5.3%. 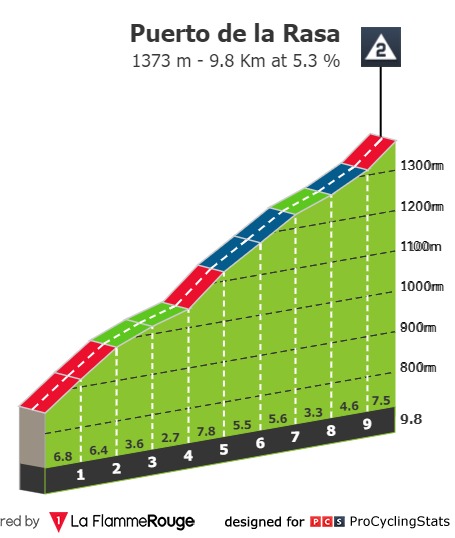 The riders fly down a long descent before getting ready for the grande finale. The finish climb is something else entirely. The Alto de Moncalvillo is 8.3 kilometres long and the average gradient sits at 9.2%, while the section in the middle rises in irregular but steep intervals, peaking out at 15% for almost 1 kilometre. It levels out a bit without dropping below 7% until the last 2 kilometres. Another kick up at 12% leads onto the final kilometre, which starts at 8% before continuing at 5% on the run-in to the line.
La Moncalvillo is an unprecedented climb in La Vuelta. 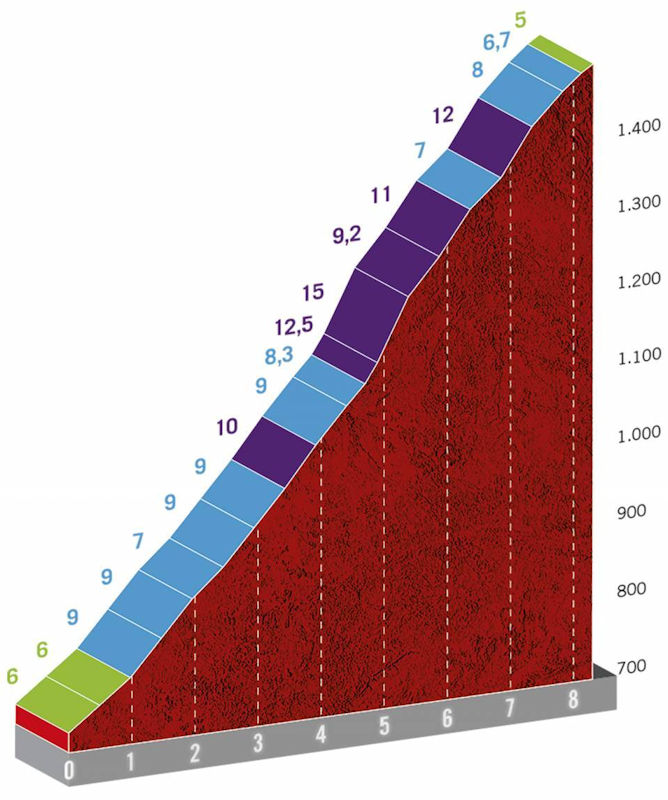 The intermediate sprint – situated at the base of the Puerto de la Rasa – comes with time bonuses of 3, 2 and 1 seconds, while the first three riders on the line gain 10, 6 and 4 seconds. 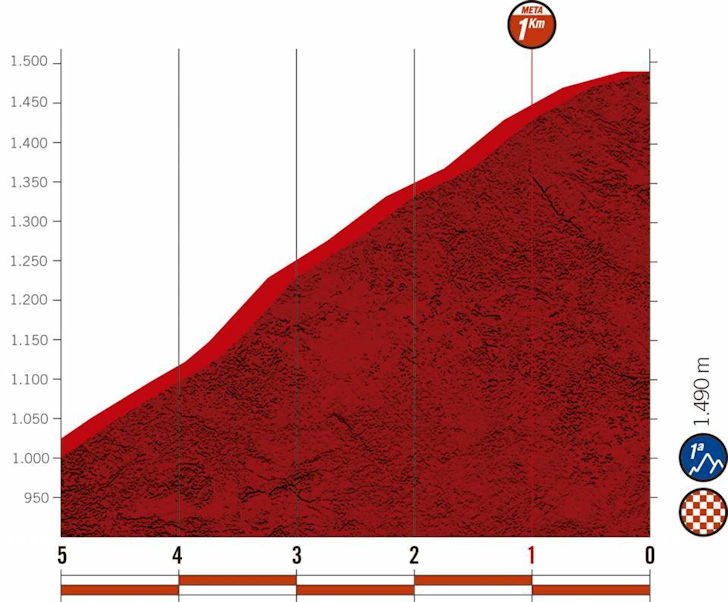 17 stages of La Vuelta have departed from Logroño
151.113 inhabitants

La Vuelta returns to Logroño three years since its last visit. The Rioja capital has hosted the race on 35 occasions and is a favourite destination for the Spanish tour. It is also a touristic epicentre. The city of Logroño attracts visitors from all over the world, seduced by the territory’s culture, nature and gastronomy. Its culinary style is always accompanied by its wine, the most consumed Designation of Origin in Spain and one of the most famous in the world. Logroño was awarded the title 'Spanish Capital of Gastronomy 2012.

Rioja Alta
Rioja Alta is a Spanish designation located in the west of the renowned Rioja wine region, with a center of production in the city of Haro. Tempranillo and Mazuelo (Carignan) are the two most prominent grapes that are used in Rioja Alta.
The region is praised for their age-worthy red wines that are the best examples of traditional Rioja. 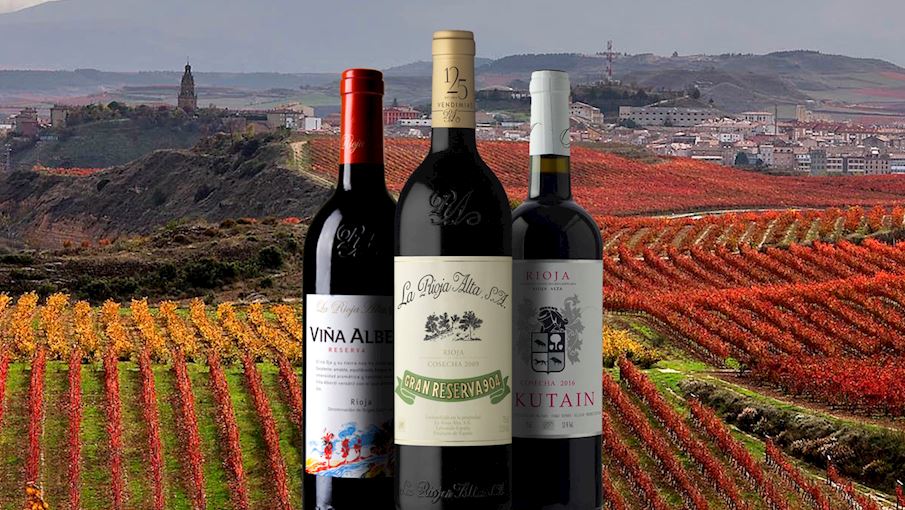 Chorizo Riojano
Chorizo Riojano is a cured pork sausage without any additives, produced in the Autonomous Community of La Rioja. What was once humble food of the native people is nowadays an exceptional delicacy enjoyed all over Spain. This hand-made sausage has an intense and balanced taste with pronounced flavors of only pepper and garlic. 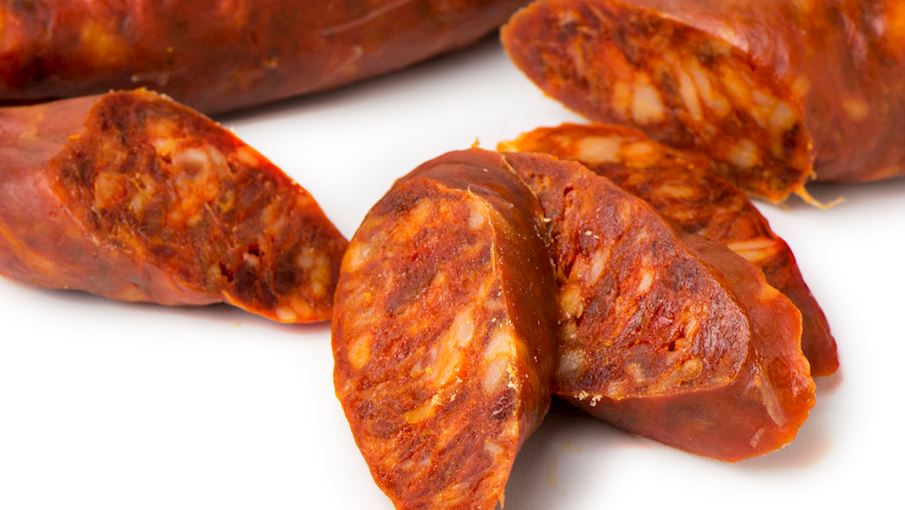 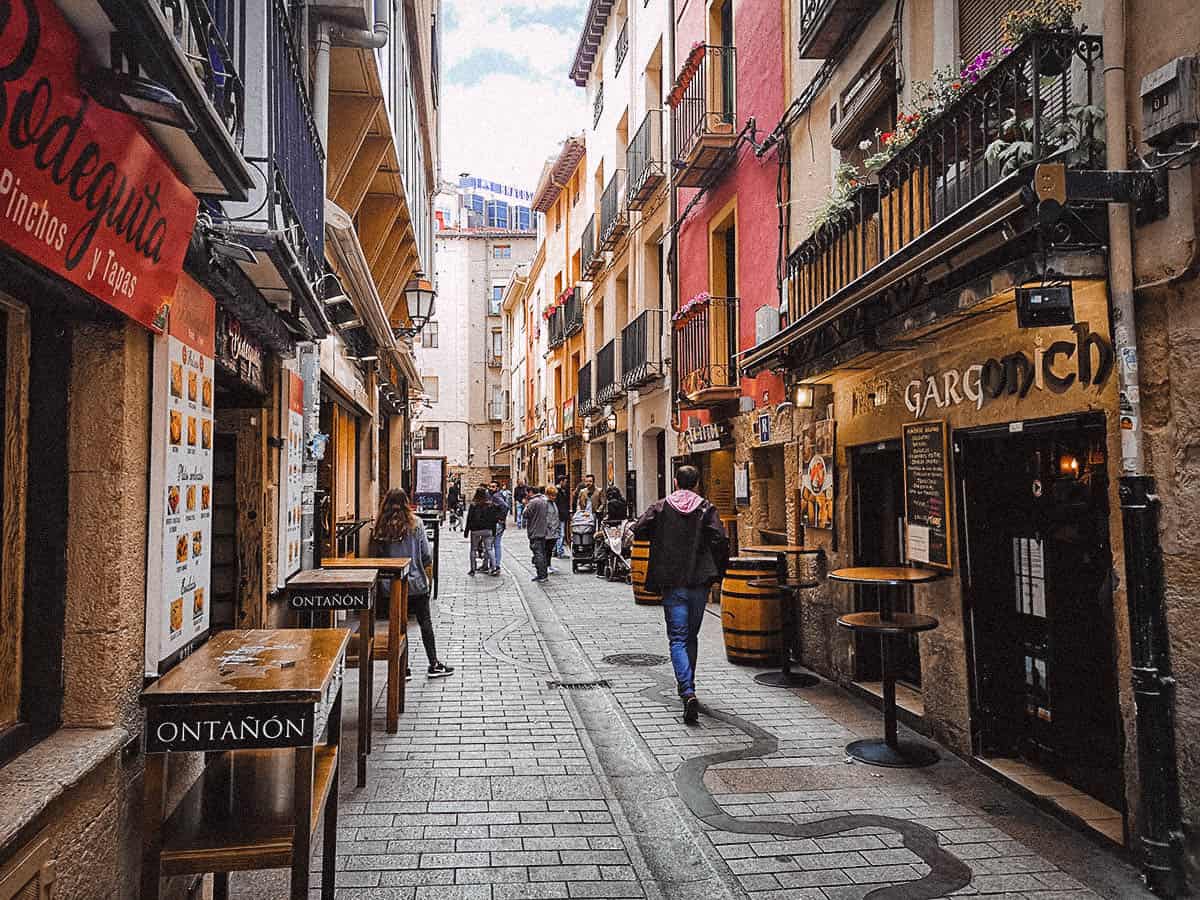 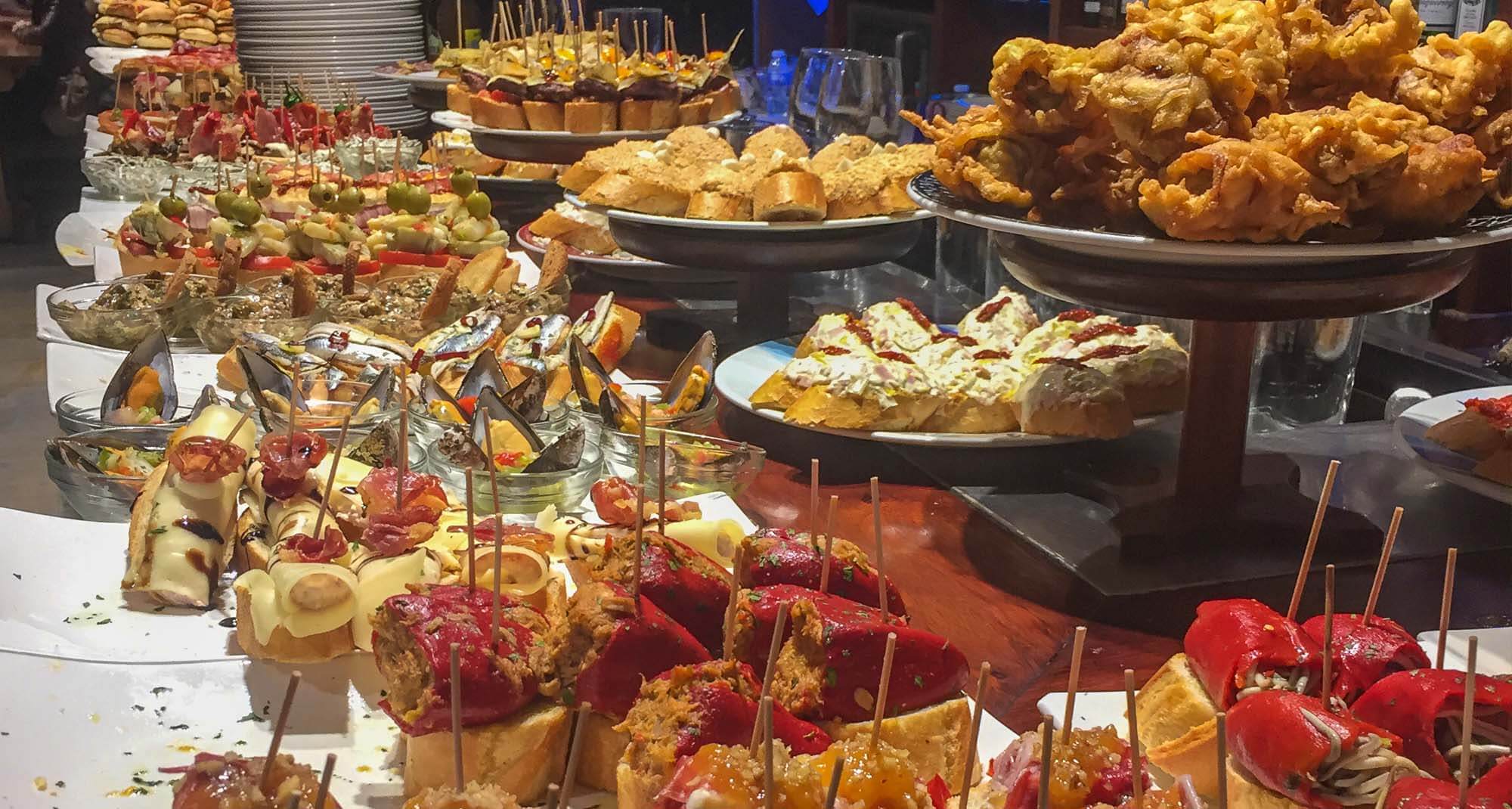 La Vuelta is always looking for new mountain passes and icons to present to the world. In this case, La Rioja allows us to do just that without leaving its territory, by hosting a stage that will take place entirely within this autonomous community for the fourth time in La Vuelta’s history. The extremely tough 11 km of the Alto de Moncalvillo will put the peloton to the test right in the middle of the race. This mountain pass will serve as a milestone as it will be the second high-altitude finale in La Rioja’s history in La Vuelta, following the nine Valdezcaray climbs.