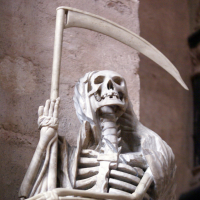 Been riding with my other two Buddy's regularly for the last five years or so. They've been flaky and hardly been out over the last few winter months, maybe they lost their mojo?

Two weekends ago we went riding and no exaggeration about 70% of other riders were on e-bikes.

Long story short, one Buddy rocked up last Sunday on a second hand Cannondale Trigger 4 Neo. The other guy is about to buy an e-bike too over the next few weeks.

Had a go, yeah I get it, was awesome fun and nothing else quite like it so I get why the lads have decided to get one. Personally I've only just started contemplating getting my first proper full sus and not ready to go down the e-bike route anytime soon.

After the ride on Sunday, forget about trying to keep up (even though he was going really slow and waiting) with me trying to quicken the pace a bit and breathing though my bum hole in order to do so.

With this change in the group dynamic I predict very awkward rides and conversations to come with a total mismatch of ride needs from now on. Anybody else been in a similar position and how did it pan out for you in the long run?

Any comments and thoughts are welcomed as usual, thanks! 👍