To my mind there is no question that this is the Queen stage. The organisers have been at pains to point out: “an elevation gain rarely seen before in La Vuelta”.
In fact the route features an elevation gain of more than 5,000 metres on a 162.6 kilometres route with four categorised climbs. From the start in Salas, the route heads south, for 40 kilometres of the race climb false flat to the foot of the first climb, where the race turns towards the East and heads into them thar hills. Again the climbs are typical of this area, being extremely steep, if not excessively long. The exception being the final climb of Gamoniteiru, which is not only extremely steep, but almost Alpine like in length. Gamoniteiru, the Altu d’el Angliru’s near neighbour and equally intimidating twin, sits high above the Altu de la Cobertoria pass. 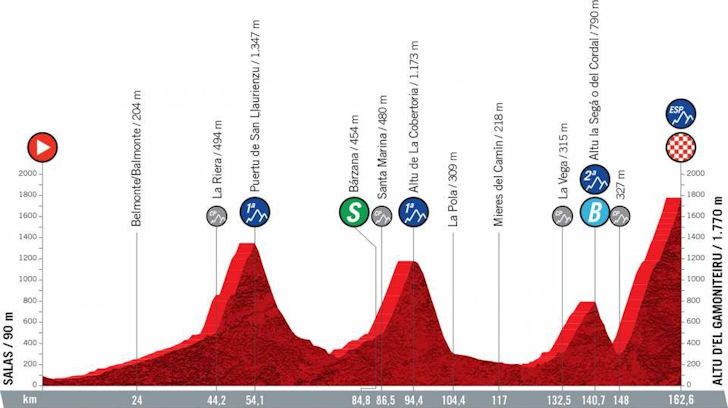 Puerto de San Lorenzo.
Puertu de San Llaurienzu (Puerto de San Lorenzo) from La Riera is set entirely within the boundaries of the stunning Somiedo Natural Park. The scenery here is spectacular, with the mountains home to the widest variety of mega-fauna anywhere in Spain. It has been a regular feature on the Vuelta, including in the last two editions when Frenchmen Geoffrey Bouchard (AG2R Citroën) in 2019 and Guillaume Martin (Cofidis) in 2020 were first to the top.
The climb is approximately 10 kilometres long at an average of 8.6%, but has long, double digit sections. 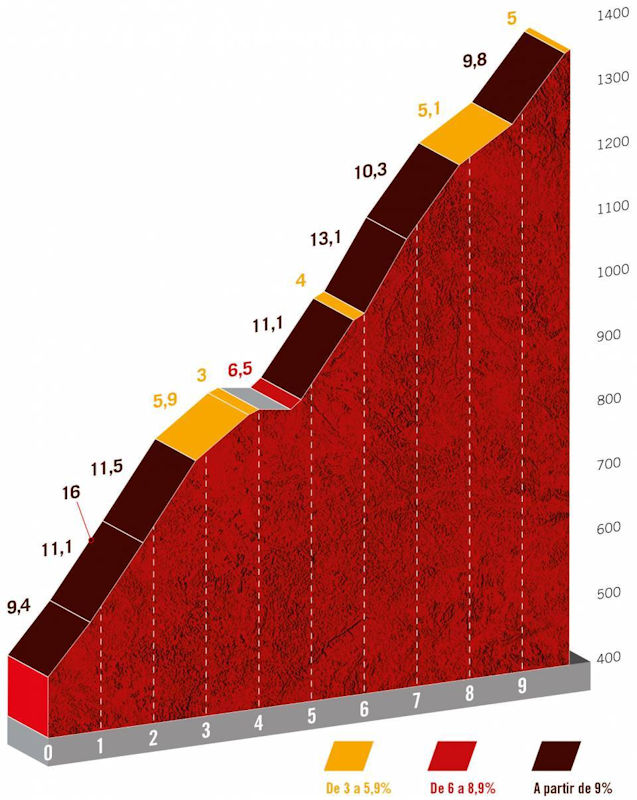 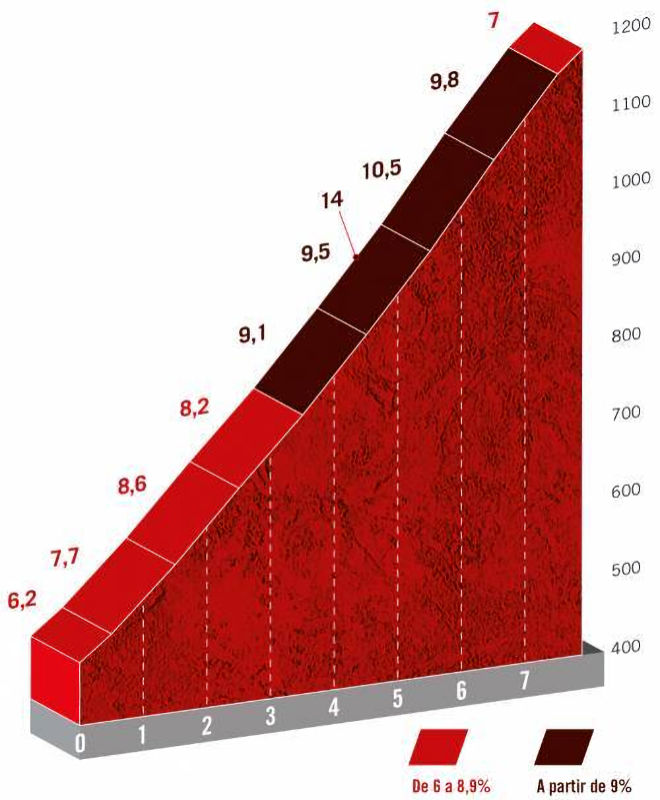 Altu del Cordal
Altu del Cordal, another Vuelta favourite. It’s a second-category test from this side, averaging a mere 3.8 per cent for its 12.2km, although the final 8kilometres are slightly more testing. 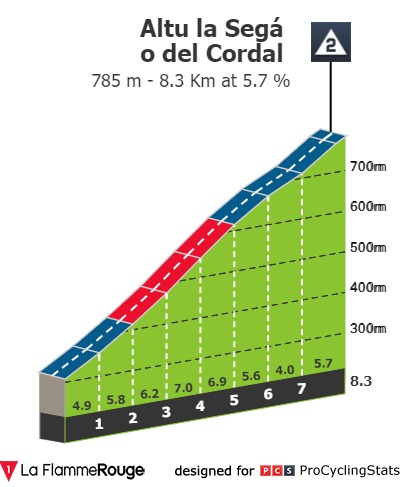 Alto de Gamoniteiro
The special-category Gamoniteiru, which averages an eye-watering 9.8 per cent for no less than 14.6km. Its first half rises to the Cobertoria and contains a stretch of 5km averaging 11.4 per cent, before some relief arrives. The riders will reach the new section to the Gamoniteiru. Here the slope’s increases the higher they climb until a final kilometre at 13% and, just before the line the climb offers one final sting in it's tail, with a ramp at 17%. 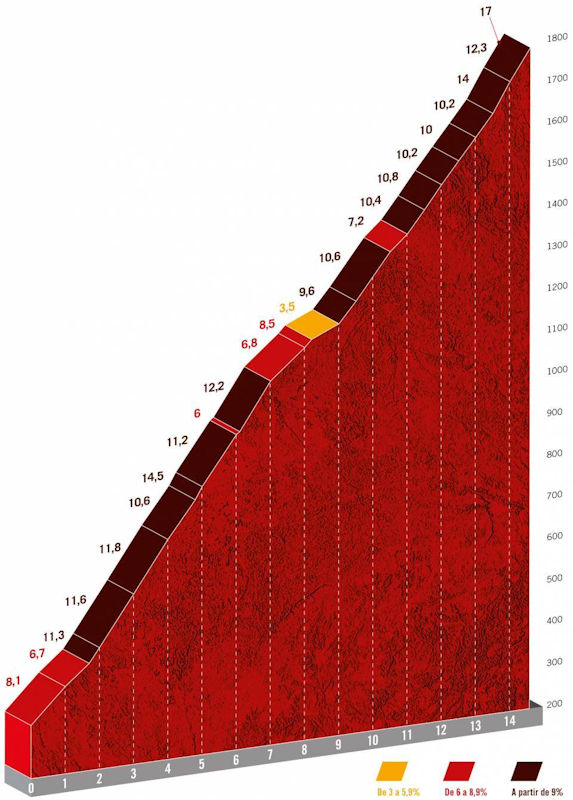 Initially, (before yesterday's stage) I felt this one most probably will not go to anyone from the break, as it seemed obvious that the GC riders will go all out on the finish climb. After all, for purebred climbers it’s now or never.
However, I now think the answer is never and that a top climber who gets into the break will take the spoils.

1 stage of La Vuelta have departed from Salas
4.900 inhabitants
Principality of Asturias.
In its particular pilgrimage to Santiago, La Vuelta 21’s peloton will stop at one of the regular transit points along The Way of St. James: the Asturian municipality of Salas. With a strong medieval tradition, Salas has one of the most interesting and best-preserved old city centres within the Principality of Asturias. In 1993, Salas hosted the departure of a stage headed for Ferrol. 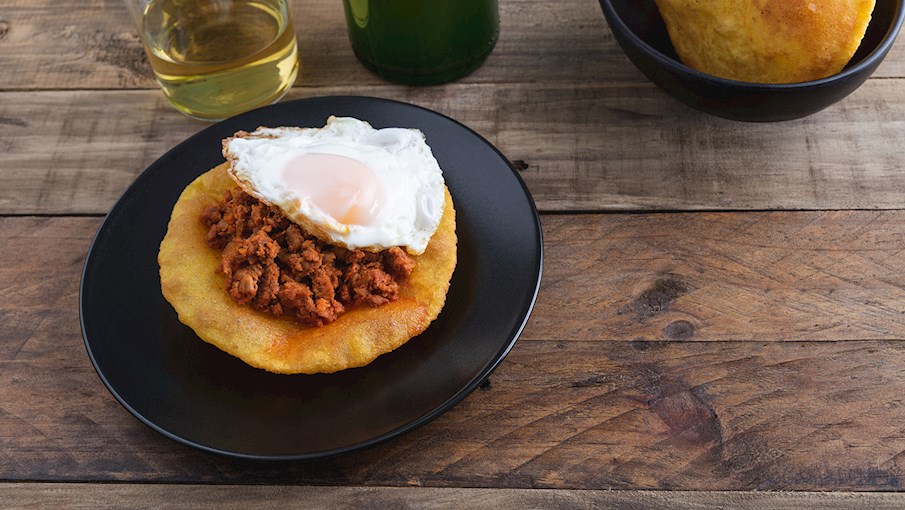 Chorizo a la sidra
Hailing from the region of Asturias, chorizo a la sidra is one of the most traditional Spanish tapas. It's made with fresh or uncured chorizo sausage that's cut into thick slices and fried in olive oil with the addition of Asturian apple cider until the liquid reduces.
This tapa is traditionally served warm in small clay pots. 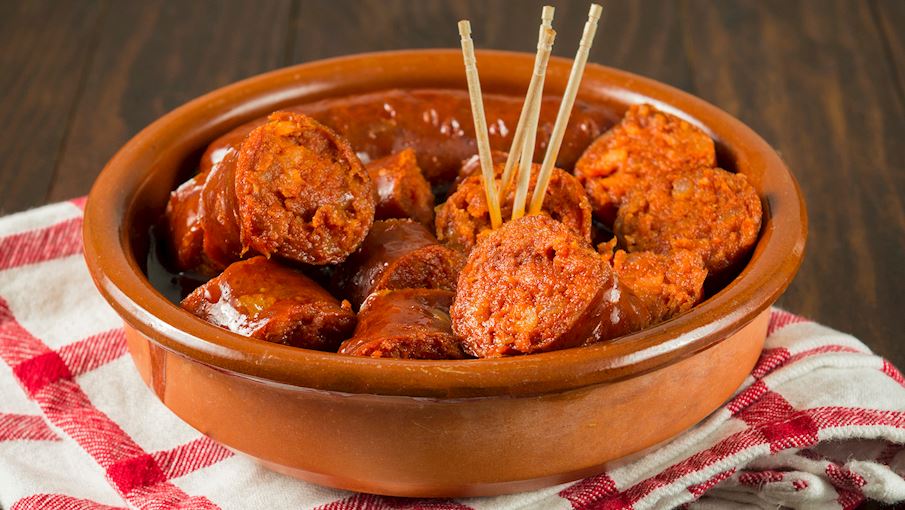 Structure of the day:

Well, it has to be included doesn't it?
Not exactly a structure of beauty, but the radio and television signal repeater antennas of the central Asturian area atop the the summit of Gamoniteiro.

This sanctuary tiny, but of great significance in the devotion of Asturias, is on the rock of Alba, 1200meters, in one of the most mountainous Asturian municipalities,Quirós, from where you can see an imposing spectacle of mountains, landscapes and you can almost see the sea. It is enough to point out the nearby peaks that surround the rock of Alba: Pelitrón peak, Toriezo, Peñarueda, Fontan, which with its 2408msnm is the highest in the area, Cigalia with 2000m of altitude and the best known although not the highest peak of the Gamoniteiro at 1782m.