After an overnight stop in Nimes, the riders will leave the same city in the Occitanie region of southern France and head in a South Westerly direction towards the historical city of Carcassonne: From the Roman arena that is considered as the most well preserved in the world to the medieval city that is part of the UNESCO world heritage. This looks like a relatively straightforward transition stage as the race heads towards the Pyrenees but once more the threat of crosswinds loom large, 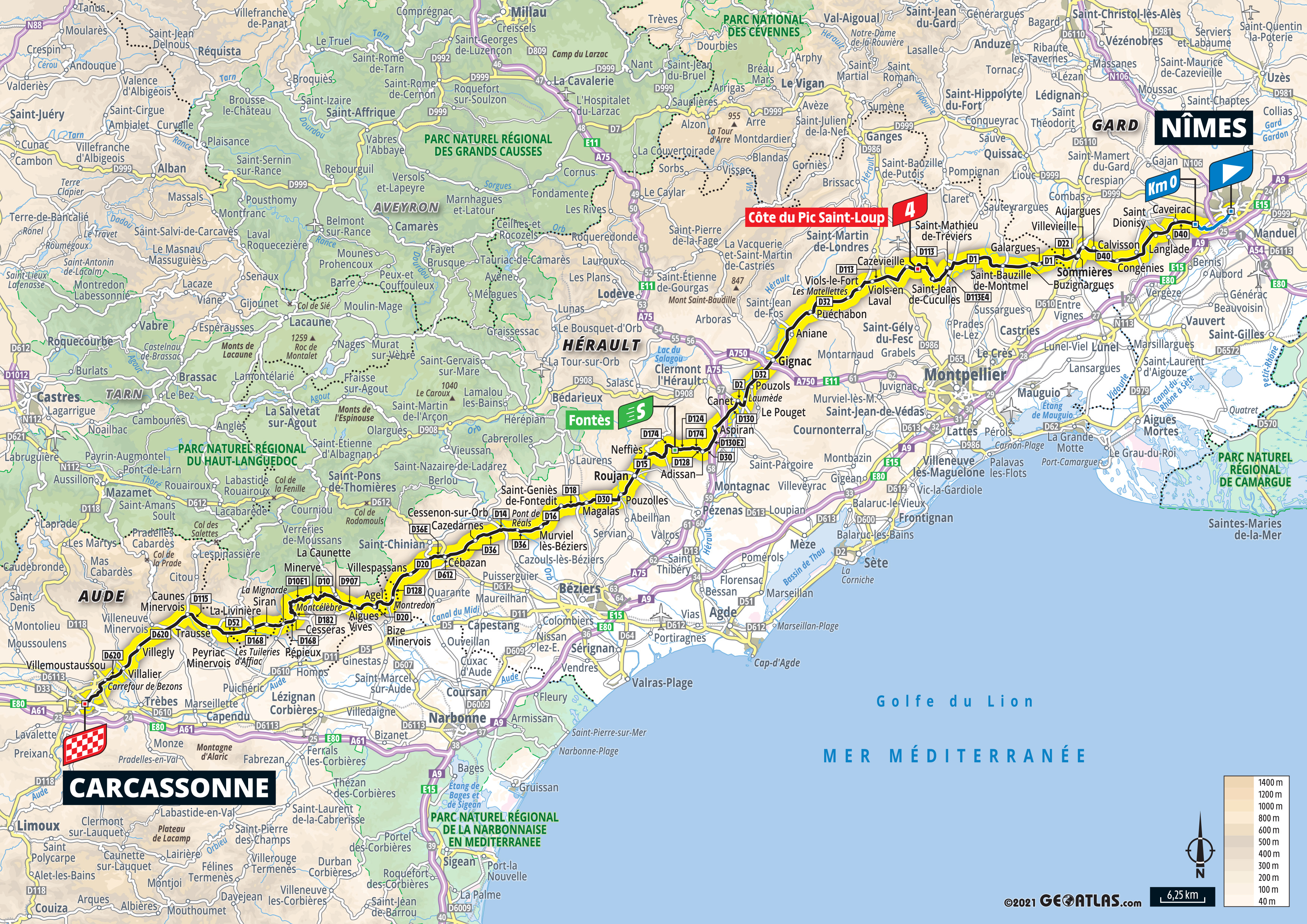 At 220 kilometres, the race is tailor-made for a successful breakaway, as Carcassone has never seen a sprint a bunch sprint. Magnus Cort Nielsen winning from the break, the last time the race visited in 2018. KOM contenders have only one chance to add points to their tally. The Côte du Pic-Saint Loup – 5.5 kilometres at 3.6% – is crested after 51.5 kilometres before the rest of the day traverses flat to undulating roads. 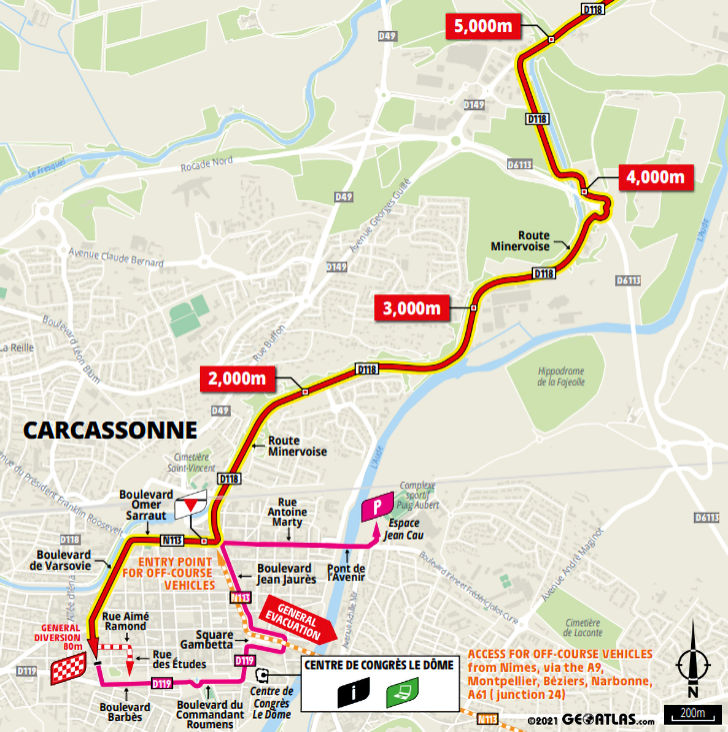 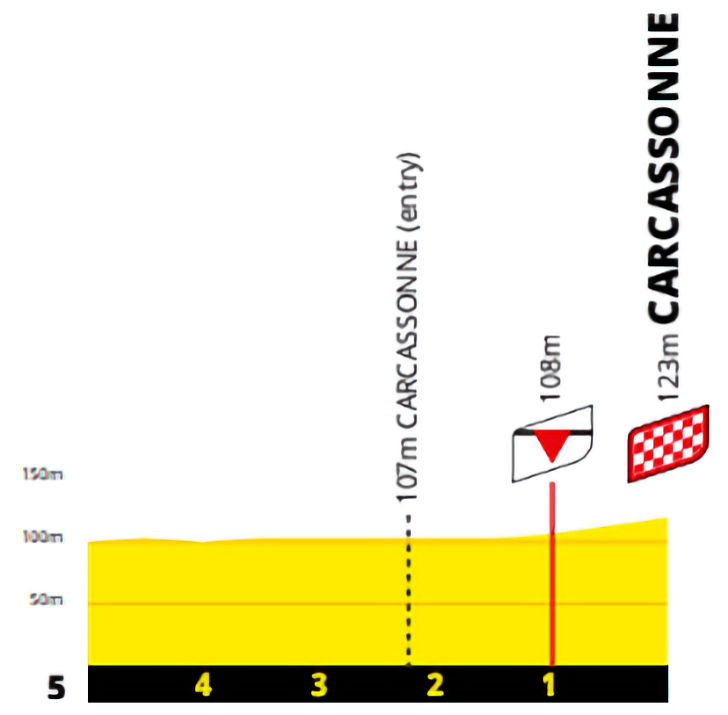 To judge from earlier Tour de France stage finishes in Carcassonne, the breakaway is likely to be successful. To judge from the route, a sprint finish is the most likely outcome. In 2018, a group of 29 riders formed a successful breakaway, 26 of whom made the finish in Carcassone before the peloton. However that stage was considerably more hilly, with a large climb topping out 40kms from the finish.
Plus now we have the added Cavendish factor. After today's stage, he surely has to go for the win in Carcassone...................unless the wind blows all plans to pieces.

Km 130: Murviel-lès-Béziers (Pop: 3,000)
Built on a hillock and occupying a dominant strategic site, the former seigniorial castle and its terrace offer an immense panorama over the vast Orb plain.

Murviel-lès-Béziers is in the centre of the St Chinian wine region. 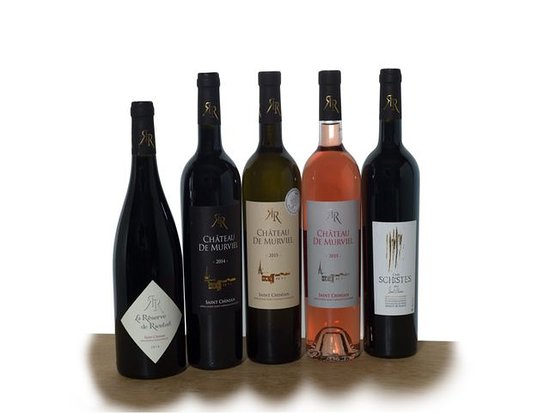 Minerve (Pop: 310)
Historic capital of the Minervois region. Perched on a rocky spur formed by the canyons of the Cesse and Brian rivers, which converge here, it is on the list of the "most beautiful villages in France".

Minervois la Liviniere wine has been elevated to Grand Cru status is a recent revamp of Languedoc wines appellations. As a result they can command higher prices than is normal for the region. Inhabited since the Neolithic, Carcassonne is located in the plain of the Aude between historic trade routes, linking the Atlantic to the Mediterranean Sea and the Massif Central to the Pyrénées.
Carcassonne is famous for its medieval citadel, La Cité, with numerous watchtowers and double-walled fortifications. The first walls were built in Gallo-Roman times, with major additions made in the 13th and 14th centuries. Château Comtal, is a 12th-century castle within the Cité.
The Cité de Carcassonne, is a medieval fortress dating back to the Gallo-Roman period and restored by the theorist and architect Eugène Viollet-le-Duc in 1853.

Fougasse aux fritons
Carcassonne is also a gourmet stopover that reveals all the richness of the Languedoc region. Among the specialities to be savoured during a trip along the Canal du Midi, fougasse aux fritons is both simple and tasty. This peasant preparation was originally conceived to enrich the flavour of the bread with the remains of a pig.