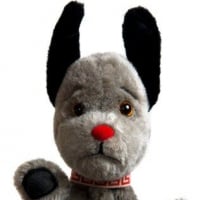 ibr17xvii Posts: 969
February 2021 in Road general
Looking for advice on an issue I've had for a while but it's only started to irritate me recently.

I have a Canyon with seatpost that has 25mm layback. The way I've always measured my fore / aft (rightly or wrongly) is take a measurement from the rear of the saddle to the gap on the top of the stem & that's always worked for me within a mm or two here & there..

However on this bike when I've done that the saddle is clamped as far back as it can go & past the STOP marker: 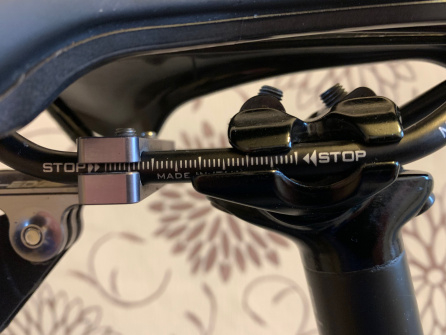 I'm only a lightweight (less than 70kg) but having recently got a new Selle Italia Flite Boost saddle although it may be my imagination I'm feeling a bit more flex when I'm riding which I'm putting down to there being less support than there should be as it's clamped so far back. I've only had 3 rides so just getting used to it so I might need a bit more time on it, I'm just not sure.

My question is how can I get the saddle more in the centre of the rails whilst still keeping the measurements the same? Or would you just ride it as is?

I've been looking at inline seatposts but I'm not gonna lie I can't work out whether that would solve the problem or not? I've been looking for an excuse to get a new seapost anyway TBH as I've always hated the clamp on the Canyon, it's too fiddly to set up.