bobmcstuff Posts: 8,130
5 May edited 5 May in Pro race
Think it might be only myself and Dorset Boy paying any attention, but hey, it's pro cyclists, racing, and I'm bored.

Yesterday was a flat route. The women's race was much more competitive than the men's, with Marianne Vos taking the win in a sprint after it came back together quite close to the end (a group was away with about a minute lead but they stopped working together and got caught at 3-4km to go).

The series is a team-based points approach, so teams are able to swap out riders between stages. Points are awarded at the finish but also at designated points such as sprints and KOM banners.

True to form, I didn't notice Cofidis were in it yesterday.

Today (Stage 2) is 5 laps of the Richmond Cobbled Climbs circuit, which has two punchy KOM climbs in quick succession https://zwiftinsider.com/cobbled-climbs/

I believe that there will be points awarded for the sprints and the KOMs, so expect to see attacks every lap. 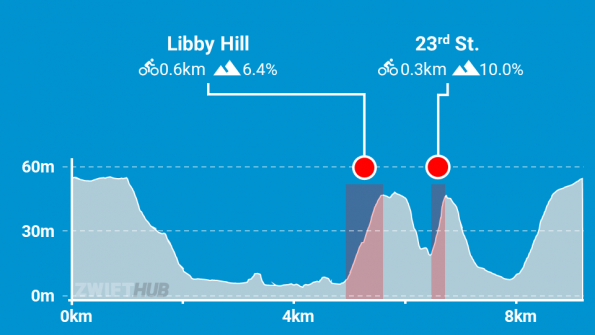 6th May - Stage 3 - Medio Fondo, 1 lap (point to point), 72.6km, 981m elevation. This is quite a hilly route featuring the Volcano KOM then finishing on the Epic KOM. I would expect this to follow a conventional "outdoor" race format with a break going and then teams working to make sure they can catch them on the climb.

7th May - Stage 4 Sand and Sequoias, 2 laps, 42.8km, 294m elevation. This is essentially a flat route because the Titans Grove KOM is not enough to seriously trouble these guys (although still expect to see them pushing big w/kg up it) and will likely be a bunch sprint. 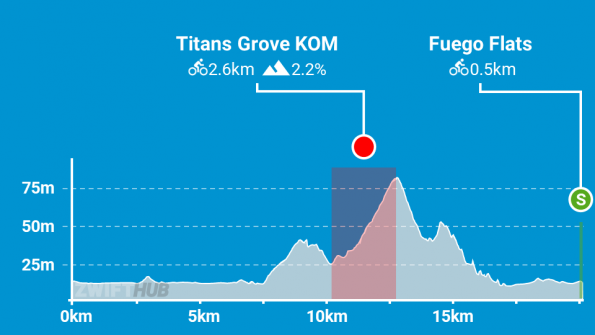 8th May - Stage 5 Quatch Quest, 1 lap (point to point), 46.5km 1682m elevation. This is a serious climbing route, featuring the Epic KOM followed by the Alpe du Zwift (a recreation of the Alpe d'Huez in Zwift, including all 21 hairpins). It's fair to say that this is the Queen stage. This stage will surely be won by a true climber, and expect to see very fast times up the Alpe! 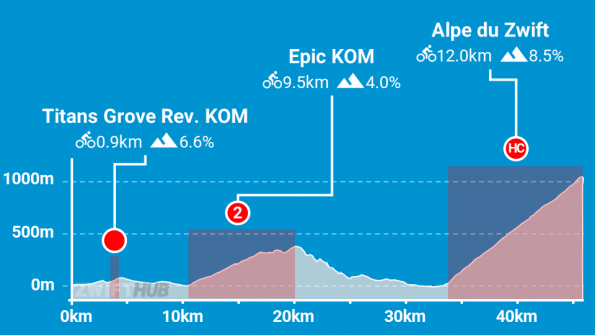 Available free to watch 14:00-16:00 on the GCN app and Eurosport. Yesterday I was moderately impressed by the production, it has come a long way and it's reasonably easy to keep an eye on the race.
0
«1234»