Show us your shed.

capt_slog Posts: 3,505
April 2020 in The cake stop
As suggested elsewhere, we're a bunch of mamils, how many of us have a shed? 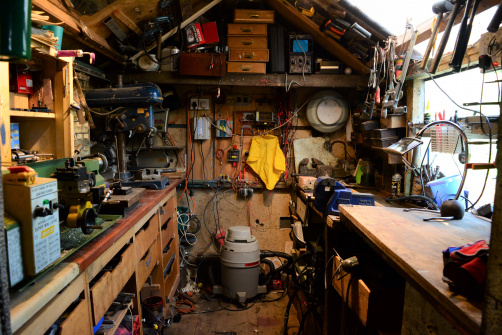 I took a photo of it because I'd spent a few days trying to clean it out. yes, this is the 'after' shot, you can see bench tops now. In there I make all sorts of stuff. You can see a lathe on the left, there's also a drill press, and a welder under the right-hand bench.

The mass of electrics on the back wall is the control for my renewable energy set-up, home made windmill in the garden and solar panel on the shed roof.

I use my Trax rollers in here, a TV is just above my head in this shot.

The older I get, the better I was.