Caleb Ewan takes the Schwalbe Classic in Adelaide, traditional warm-up for the similarly s*** and small Tour Down Under. A 2-3 for Cofidis. 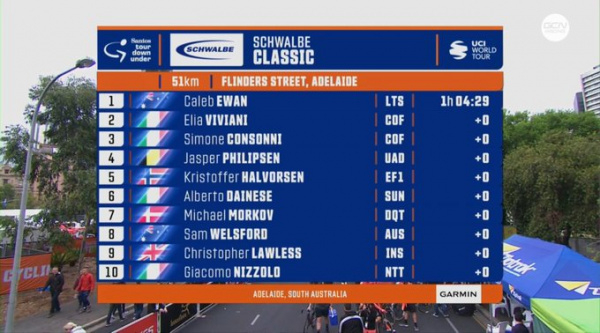 Started this thread on a by month basis by specialgueststar request
https://forum.bikeradar.com/discussion/13103525/small-races-thread-by-month


“Road racing was over and the UCI had banned my riding positions on the track, so it was like ‘Jings, crivvens, help ma Boab, what do I do now? I know, I’ll go away and be depressed for 10 years’.”