Are these cracks around the spoke holes?

skeetam Posts: 175
December 2019 in Workshop
Had these Hunt 4Season Disc wheels for a couple of years, they've not done that many miles as they are just a winter set (one and a half winters). While cleaning them today I noticed some corrosion on the nipples of the rear wheel and what I thought look like cracks. I'm no expert but I just wondered if they were still OK to use? The front wheel is absolutely fine. 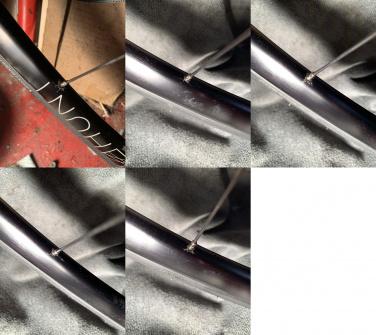