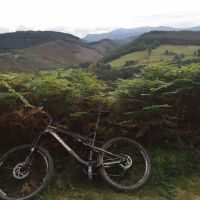 Joshtyers Posts: 5
December 2019 in MTB buying advice
Morning everyone. My first post on here so just a quick hello before my question.
So has anyone had experience with the above upgrade? I'm considering for a bday present next year but want to know if they worth it.
Thanks
0