solarflash Posts: 95
October 2019 edited October 2019 in Your road bikes
Here's my Endurance SL Disc. I used this forum a lot when trying to decide which bike to buy so I thought I'd stick up some images and also some impressions of the bike. 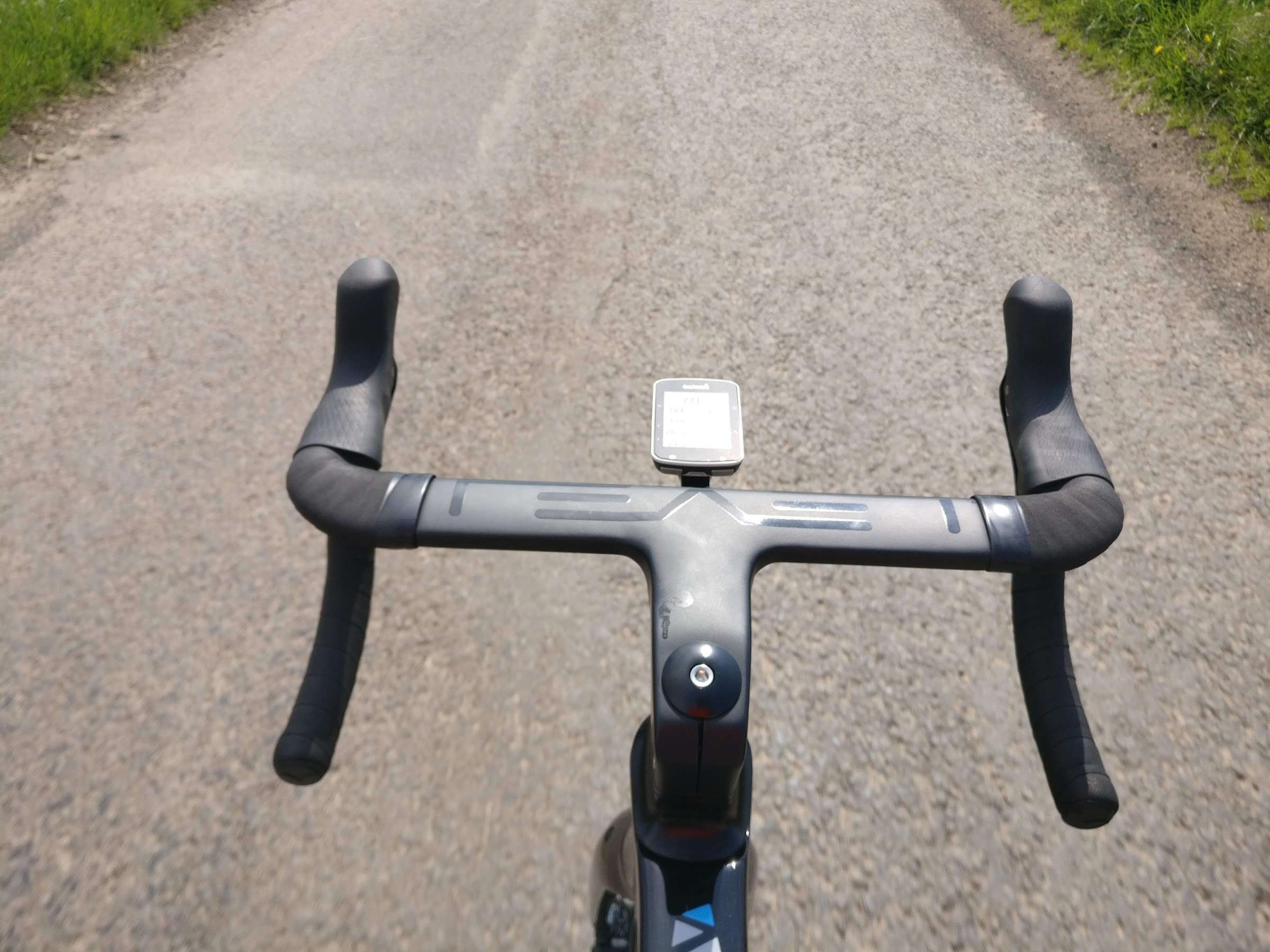 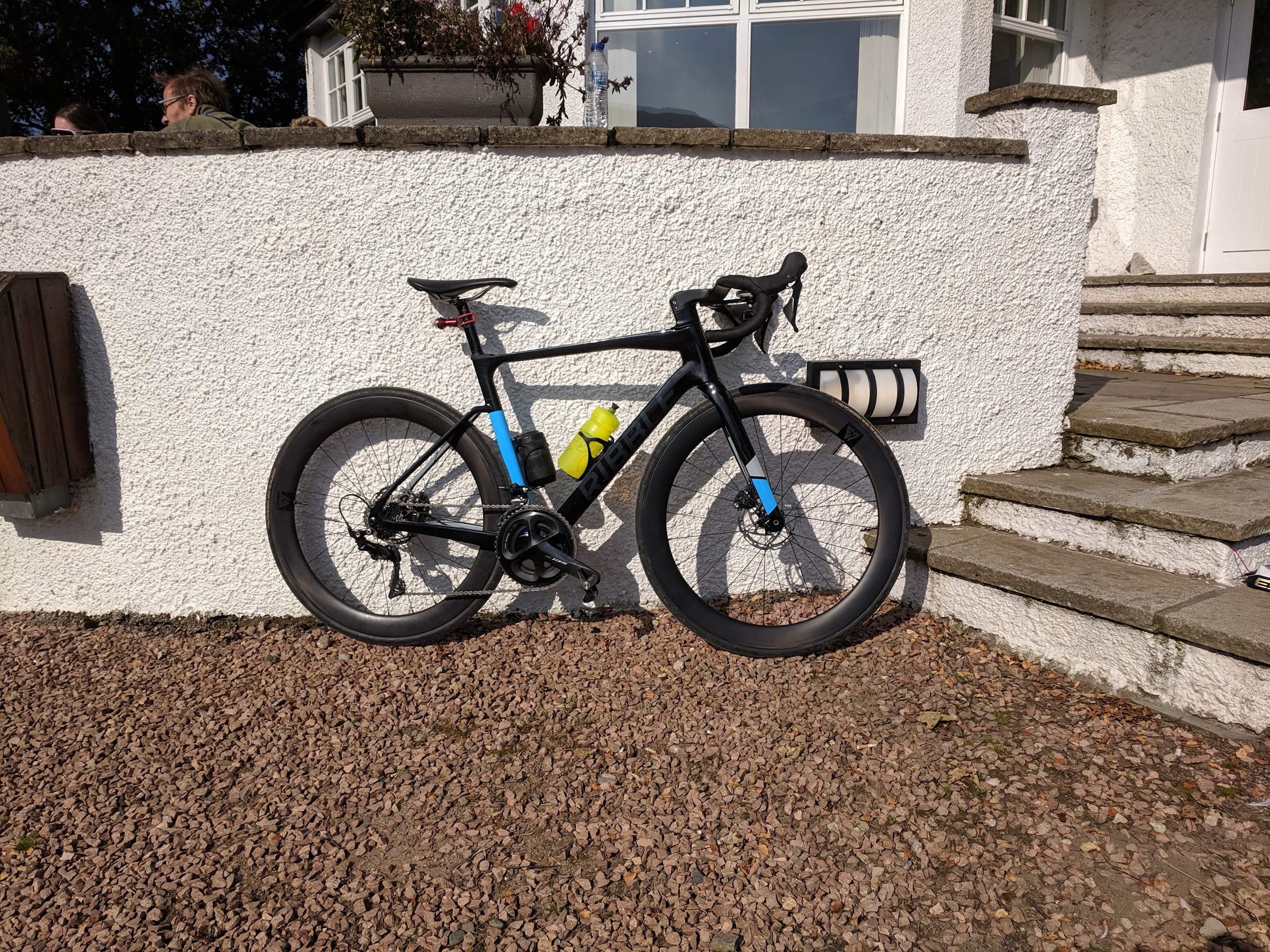 My road bike was getting long in tooth after 11 years of almost daily service, mostly commuting but also the odd race and event a few times a year. I was running 28's on wide rims with less than ideal clearance, the BB30 was chewing through bearings, as was the headset. Rim brakes were not for me - lots of all weather commuting - I went through rims almost as quickly as tyres. So high on the list of requirements were, better clearances, standard BSA threaded BB, mudguard fittings.
But I also wanted a reasonably fast frame, so some aero considerations wouldn't hurt. This bike is my only bike, it needs to do everything from duathlons, sportives and commutes.

I considered fairlight strael, mason definition, canyon endurace but ultimately settled on the ribble with some modifications.

I've been using tubeless tyres for years now on the road - won't ever use Schwalbe tyres again! Despite the glowing reviews, the schwalbe pro ones were utter censored , I've never had so many punctures. Lasted less than 1000km. I've since been through IRC's (x-guard 3500km) but settled on Hutchisons. The Sector 28's were excellent, lasted bloody ages - 8901k! Great grip in all conditions and while they did puncture in the last 1000k, slugs and sealant (orange seal regular)reliably fixed the punctures each time. Now I'm trying Fusion 5 All Season 28 on the rear, and Fusion 5 Performance 25 on the front. They've done over 2000km so far and show very little wear which is good. The rear punctured early with a deep cut from something sharp but the dynaplug sorted that and it hasn't been an issue since. Very little cuts on both tyres. Also switched to MilkIt Valves, great not having to worry about clogged valve cores.

The wheels are light bicycle WR56 rims laced to Hope pro 4 RS hubs with pillar aero spokes. Light bicycle built the wheels and honestly the whole process was excellent. Customer service was great, as was product and delivery times. This combo was chosen in the hope that I could get a reliable wheel set that would be good for many miles (love hope components) but also get a wee aero advantage. The 25 tyre on the front makes for a nice transition to the rim, less wide than the rim, on the back the 28 is about the same width. I was hoping for comfort and durability on the back. Wheels together weigh 1644g with tubeless tape installed. Not at all super light but the weight in mostly in the hubs, which I’m ok with.


Swapped the saddle for my Fabric Shallow which works well for me.
Really wanted Ultegra Di2, but couldn’t justify it at the moment. The integrated cockpit from Ribble was a bit of a risk but I used https://www.bikegeocalc.com to ensure the new bike exactly matched my old fit on my previous bike. Sure enough when it arrived it fitted perfectly. The integrated bar cleaned up the front end nicely. I used a K-Edge spoon mount, and I like to use an exposure trace front mounted under my garmin. For some reason the mount threads didn’t go all the way through to the underside of the mount, but I was able to tap them so it worked just fine in the end.
Stuff that hasn’t worked out perfectly – Ribble customer service was really hit or miss. The order got delayed a lot in the beginning, apparently the integrated bars were holding up the build. Ribble were less than great with this and didn’t keep me updated on the delays. In fact, when they finally answered my emails and gave me a build date, it went past and silence resumed. After many phonecalls a staff member who was great at customer service explained the delay and informed me there would be another delay. Out of the blue I was informed the bike had shipped ahead of the lst estimation and it arrived shortly afterwards. I’m guessing it was maybe teething issues but the whole thing wasn’t ideal. After unpacking I noticed they hadn’t sent the mudguard bridge, more phone calls…more waiting…another phonecall after a couple of weeks and finally it turned up. Again not ideal. Also the frame had a few scratches in the clear coat after unpacking.
Rear tyre width: 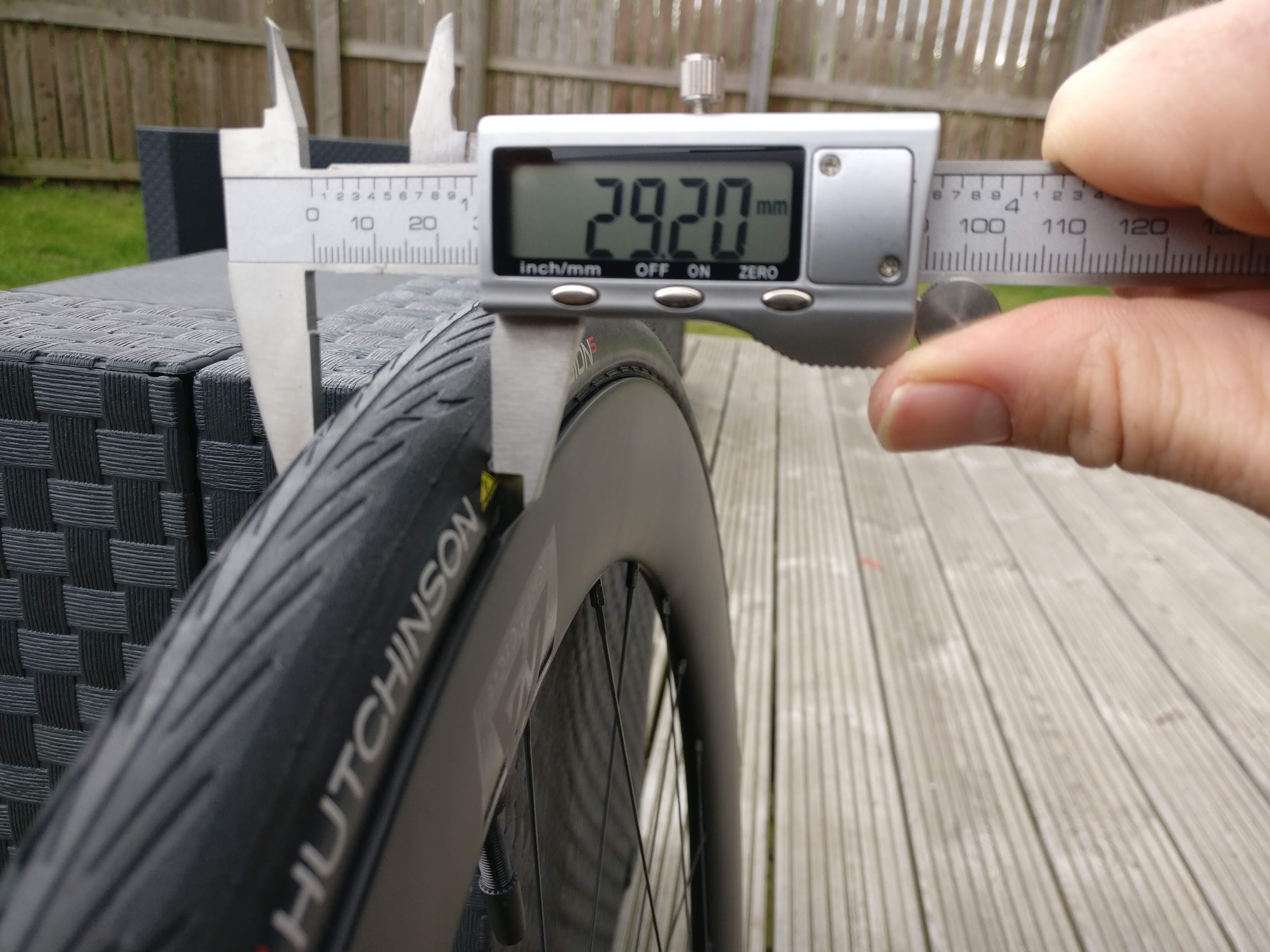 I went with a 105 groupset and frankly, I’ve been underwhelmed. The front shifter rattles over bumps when on the tops or hoods. If I’m holding the brake lever it doesn’t rattle. Also after checking the chain and reviewing the shimano tech docs it seems Ribble had the chain significantly too long. The shifting had been slow and noisey despite my best efforts to fix it. Shortened the chain and all is perfect now. Brakes are super soft, the bleed from Ribble was woeful - the levers pull all the way to the bar with spongey feel. I’ve yet to fix this as the brakes do function ok, they just feel very underpowered. I’ve since picked up a bleed kit and it’s now on the to do list.
With that out of the way, the bike feels incredible to ride! Super solid under power, very stable, but still nimble compared to my old bike. I like to go for the odd segment and when sprinting it really comes to life, amazing acceleration and speed. The wheels potentially contribute here too but the frame just feels great. The bars are very comfortable, and I actually really like the default bar tape that came with the bike. The bar taping was also incredibly neat by the Ribble mechanic. Can’t imagine it was the same mechanic that fitted the chain and the brakes! The reviews have talked about how comfortable the bike is but honestly at 173cm tall, 70kg~ and not much exposed seatpost I don’t really notice a massive improvement from my old bike. For reference I am using about 50psi in the front and 55 in the back.
I recently used the bike in a duathlon, the course was rolling hills and the bike felt perfect. A couple of riders with aero helmets and TT bikes went past but I still managed to somehow cling on to a top 5 finish despite having a regular helmet and “normal” road bike. Who knows how much difference the bike and wheels actually made, but it felt pretty decent.
Despite the customer service issues I’d be hard pushed not to order the same bike again. The value for money seems great, the bike has been performing well so far, and it’s handling everything I’ve asked of it. I'll probably upgrade to Di2 at some point but right now its good enough.
2