The mixed team time trial at the 2019 UCI Road World Championships in Yorkshire is a new event. It's a relay, in which a national team of three men ride the course first, then hand over to a team of three women. The female riders start when the second man crosses the line; the final time is taken when the second woman crosses the line. Both the men and women race the 14 kilometres Harrogate-circuit once. The fastest total time wins. 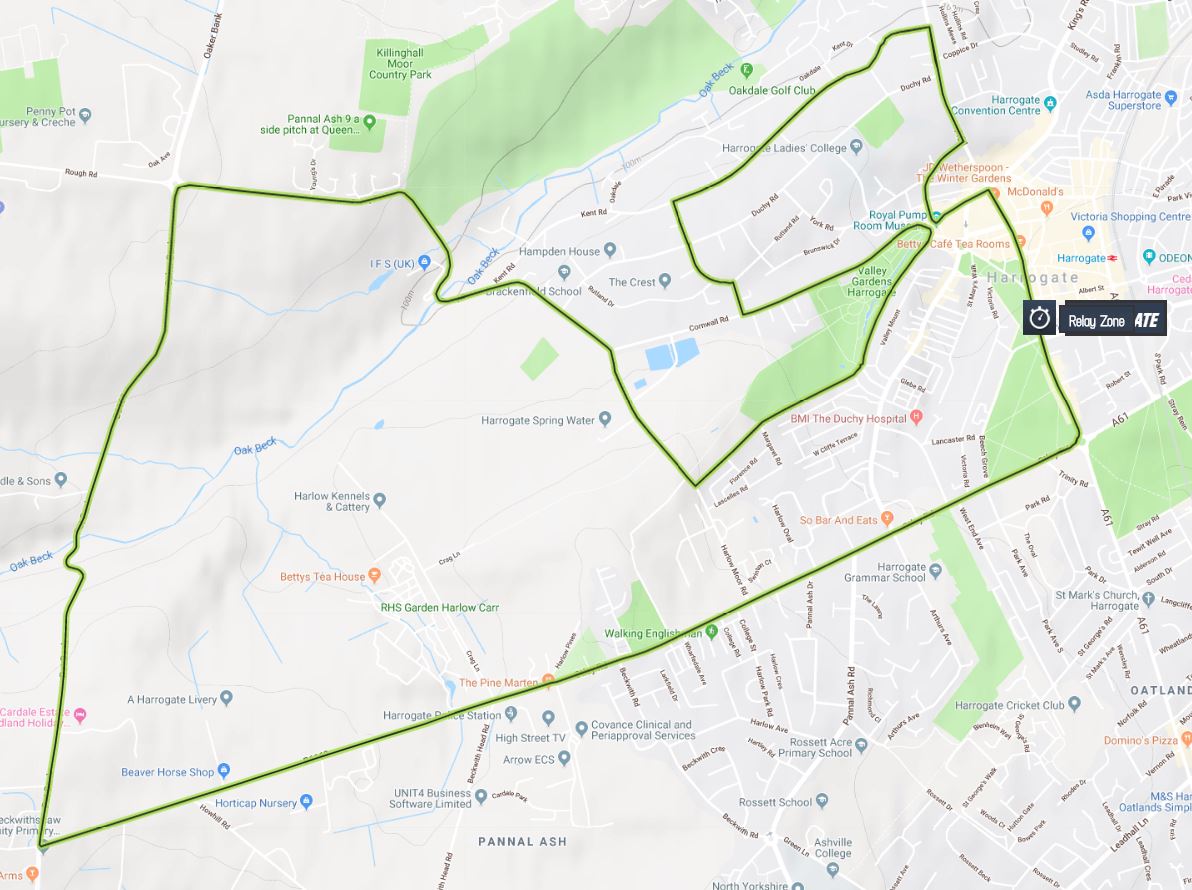 Both men and women will get a first taste of the circuit that plays a crucial role in their respective road races. It is a testing lap with three short climbs and a number of false flat sections. The first uphill is on Otley Road, which climbs in 1.6 kilometres at 3.4%.

The road continues on a long straight before a right-hander leads onto Pot Bank. The route drops down to cross the Oak Beck stream to climb out of the valley on the other side.
This scenario repeats itself on Penny Pot Lane. The riders descend to the Oak Beck stream to return to climbing. Quite steep at first, the teams clamber out of the small valley. The gradient eases as Penny Pot Lane turns into Cornwall Road then Harlow Moor Road.

The teams turn left on Harlow Moor Drive, which runs along the south side of the Valley Gardens, down to the Royal Pump Rooms. Then it's left, back up the other side of the Valley Gardens. A right turn on Hereford Road takes the teams into a well-to-do residential area, with large houses, wide roads, and plenty of trees. It's fairly flat at first, but Kent Road descends to the A61 Ripon Road. There, there's a sharp pull up to the crest of the hill, before plunging down towards Harrogate, and turning right on Swan Road. Swan Road leads back to the Royal Pump Rooms. From the Royal Pump Rooms, all the teams have to do is bend left on Crescent Road, along the edge of the Crescent Gardens, then turn right up Parliament Street past the Turkish Baths and Bettys, to West Park and the start-finish point. 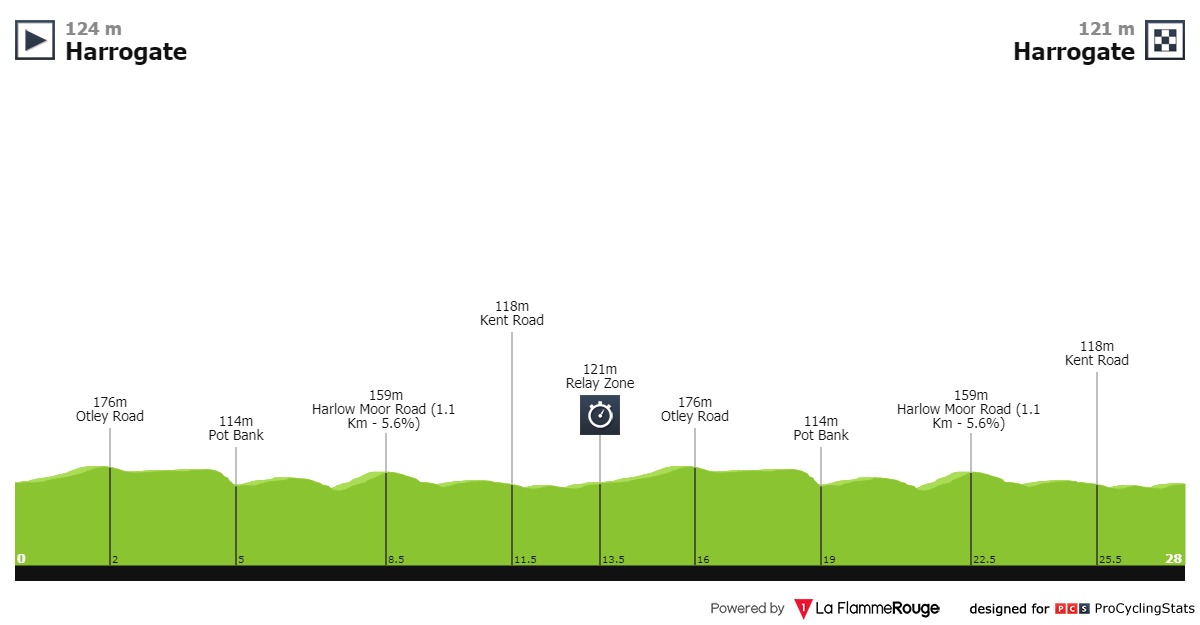 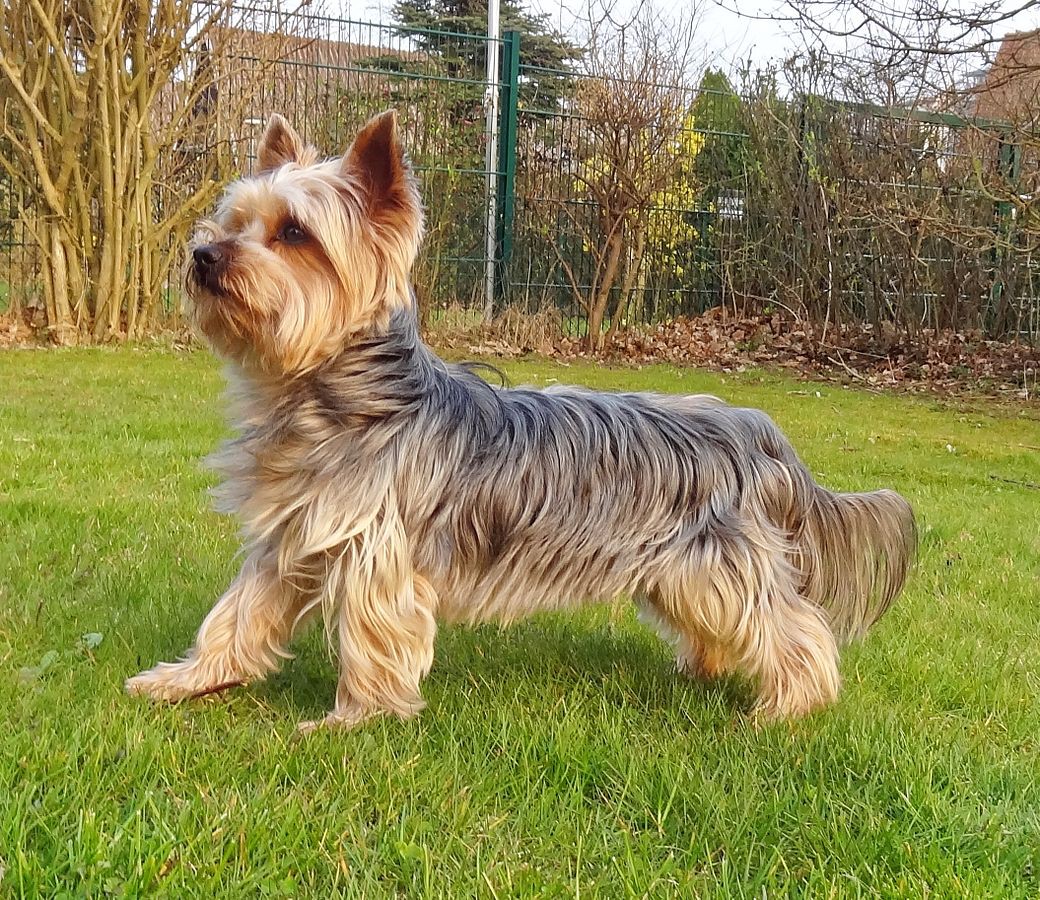