Basically an identical stage to yesterday's just 80kms longer. Riders are therefore in danger of falling alseep, mid stage and crashing.
The 11th stage of the Giro d'Italia starts in Carpi to travel to Novi Ligure. At 221 kilometres, the race is played out on the Po Plains with a bunch sprint next to certain. It has been a while since the Giro d’Italia last visited Carpi. In 2008, a flat stage from Forlì finished in town with Daniele Bennati outsprinting Mark Cavendish and Robbie McEwen.

This time the Italian Grand Tour leaves from Carpi to travel to Novi Ligure, where Fausto Coppi lived a large part of his life. The route travels the Po Plains and moves through Reggio Emilia, Parma, Piacenza, Voghera and Tortona. A bunch sprint is the most likely outcome, yet the 2010 Giro finish in Novi Ligure resulted in early attacker Jérôme Pineau taking the flowers. With Yukiya Arashiro and Julien Fouchard he managed to hold off the chasing pack.
The 11th stage of the 2019 Giro travels on pan-flat roads to the edge of the Po Valley. The route follows the itinerary of Milan-San Remo, but avoids any obstacles in the finale.

Final kilometres
The last 3 km are virtually straight, with some roundabouts in-between that will require no major diversions. The last bend is 3,000 m from the finish line. The home straight is 2,800 m long, on 7.5 m wide asphalt road. 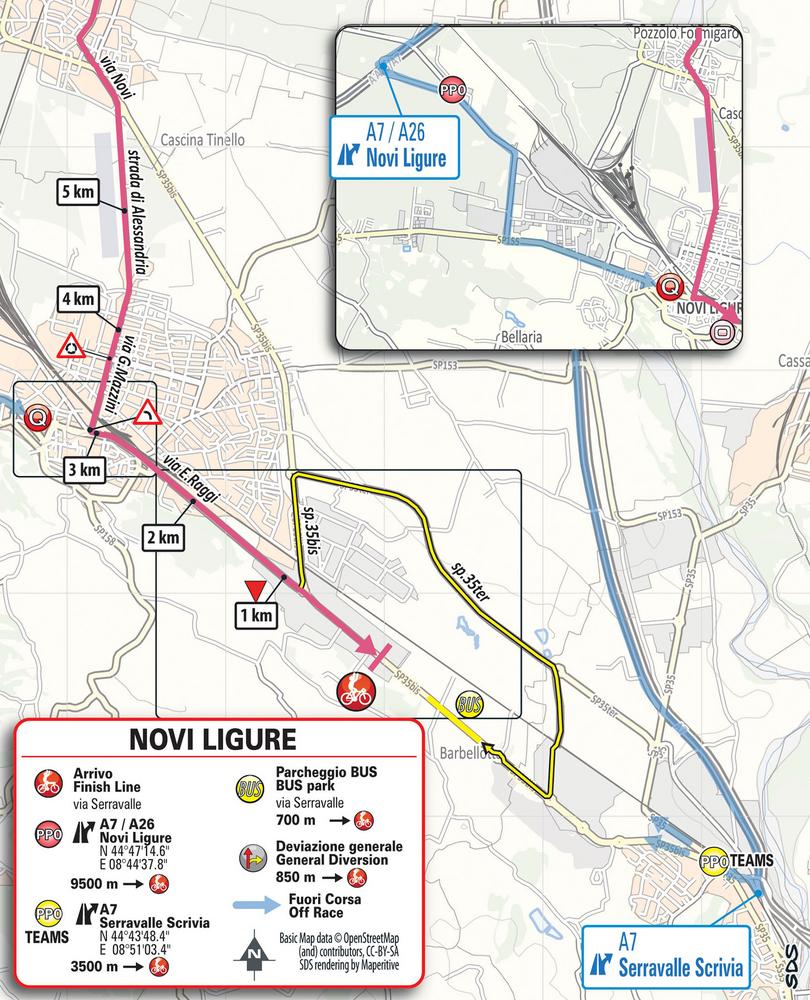 Carpi, a pearl of the Renaissance: that appeared to the German travellers of the late XIX the ancient seigniory of Pio and even today bears witness to the recently restored Pio Palace – home of the most museums of the city. Nowadays Carpi is a lively city, thanks to its industries and handcraft, trade and its commercial and cultural exchange, its artistic and scientific life. It’s a city that never stops and offers a packed calendar of events throughout the year.

Foundation: Early Middle Ages. Probably part of the first inhabitants came from the nearby Roman city of Libarna, after leaving the site right before the fall of the West Roman Empire.

The city of Novi Ligure lies at the foot of the hills where the renowned Gavi wine was born, in the south-east side of Alto Monferrato, on the left borders of the river Scrivia valley. Visiting Novi Ligure will give you the chance to discover the historic centre and its Genoese-style palazzi with their typical painted facades, and also the Museo dei Campionissimi, a museum built in honor of the great road cyclists, campionissimi Costante Girardengo and Fausto Coppi. In the museum you can discover the history of cyclism through memorabilia, historical bycicles and various objects of the past and present day. Some of its rooms are especially dedicated to temporary exhibitions.
Between XVII and XVIII century Novi was the favourite resort of the wealthiest Geonoese families; this fact explains the presence of palazzi built in genoese architectural style.

The most important square is called Piazza Delle Piane, named after a historical noble family, where are located the Palazzo of the same name, the Collegiata church and Palazzo Negroni, with two painted sundials, one of these based on the French Revolutionary calendar. Novi Ligure still keeps a portion of the city walls built in 1447 and then partly demolished in 1825. The only part of the castle (dismantled in XVIII century) left is the 30 meters high tower.
Near the historic centre you can find the Museo dei Campionissimi, inaugurated in 2003. It was named after the two cyclism champions Fausto Coppi e Costante Girandengo, called by journalists Campionissimi. The museum is a 3.000 sq.m. building dedicated to the history of bycicle and cyclism. It often also hosts concerts, conferences, performances and art exhibitions. We suggest you to visit in the city’s surroundings also the town of Bosco Marenco with the historical complex of Santa Croce and Vasari’s paintings, the castles of Monferrato, the hiking trails between Capanne di Marcarolo and Val Borbera, the archeological site of Libarna, an ancient roman city along the Via Postumia, the town of Gavi and its fortress, the Pinacoteca dei Cappuccini di Voltaggio, with paintings of the XVII century by genoeses masters such as Domenico Fiasella, Bernardo Strozzi and Sinibaldo Scorza.

In this part of Piedmont close to the border with Liguria, both food and wine show the influence of both regional traditions. The most remarkable delicacies are farinata, 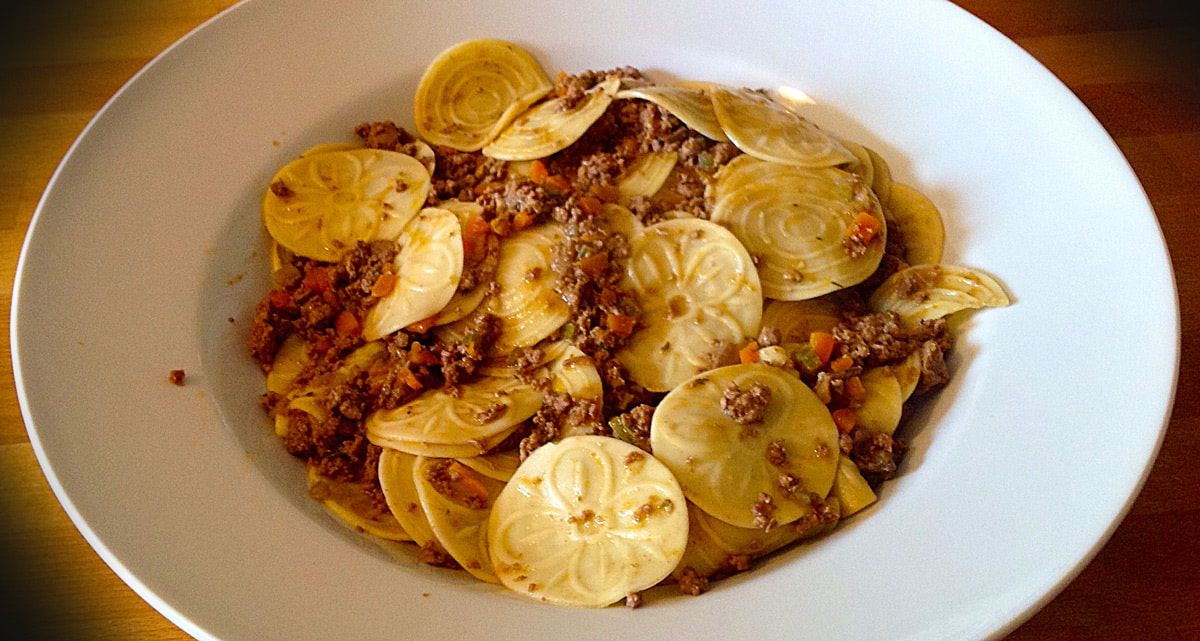 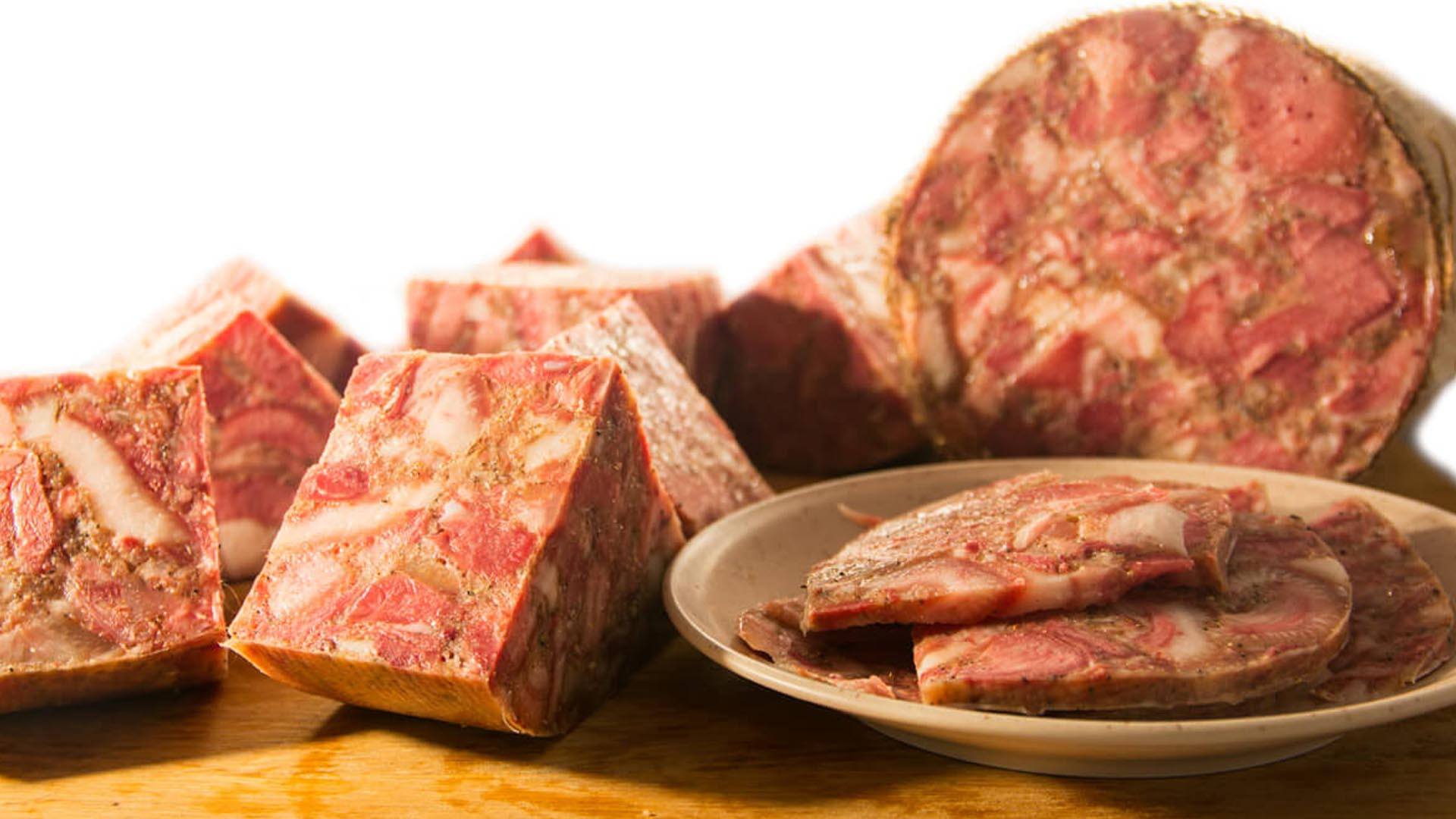 and boiled canestrelli.
"Science is a tool for cheaters". An anonymous French PE teacher.
0
«12»