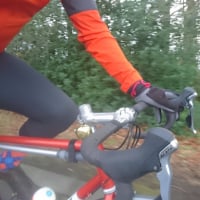 bikes`n`guns Posts: 959
July 2018 edited July 2018 in Training, fitness and health
Spoke to the surgeon today about my hips.

Bit of a shock as I was expecting advise on my hip pain, but ended up being told I`ll need 2 hips replaced within 5 years if I continue wearing them out as I am (cyling)

Gutted, I`m only 50. I managed a 50k run at 30kph yesterday and felt ok and am using a Diclofenac before I cycle. Up to 100km is usually fine.

They are pretty much a bit sore all the time, but he reckons their may be a pain from the muscle as well, so I`m getting an MRI and maybe treated with steroids.

Can`t imagine having to have 2 hips replaced, and dread the effect on my life and my cycling.
Trek,,,, too cool for school ,, apparently
0