dudemanchoo72 Posts: 28
February 2018 edited May 2018 in Your mountain bikes
I fancied building my own hardtail mtb for bombing down local canal tow paths and single track to keep my fitness up, so I purchased this cheap unloved Apollo Phaze as the basis of the project.

Although the bike was rideable, it became apparent that most of the components had seen their best days. The cables and gears were completely worn. The mechanical disc brakes barely had any stopping power and the horrid revo gear shifters took an unbelievable amount of effort before they would even attemp to change gear. So it was stripped back to frame only. I was amazed at how little the frame weighed after all the bits were taken off. 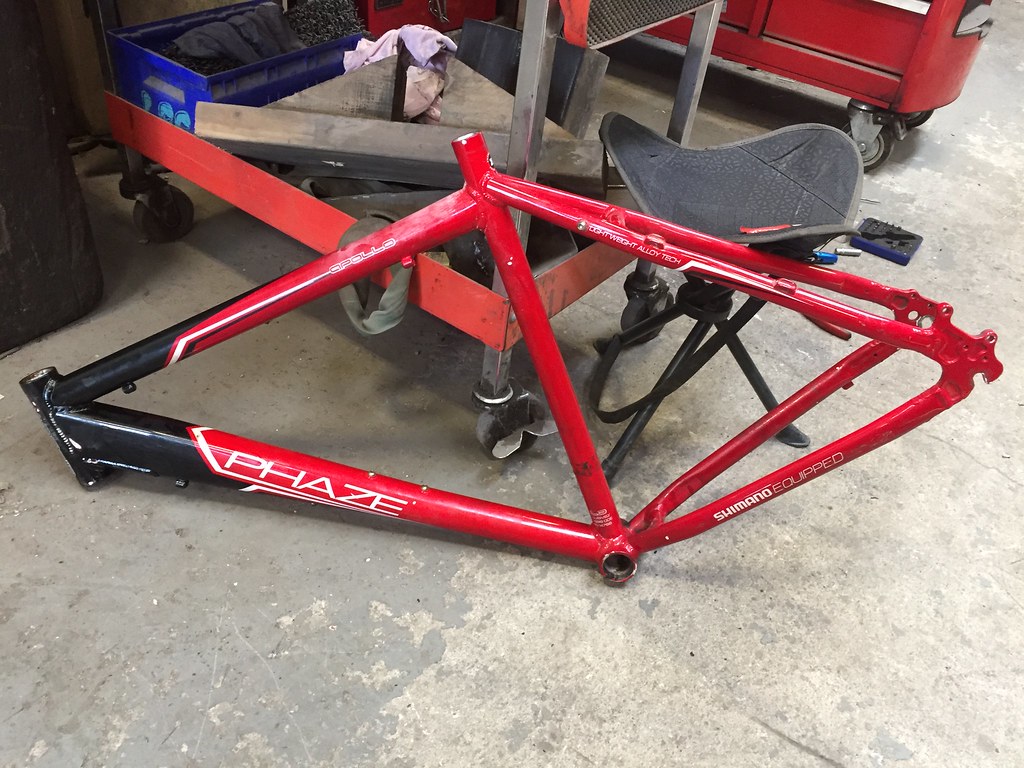 Then after trying a couple of useless paint stripping products, I attacked it with a grinder fitted with a wire brush.

Then it was sprayed with a couple of coats of zinc primer. Then three light coats of Ford Nordic Blue. Then finally a couple of thin coats of clear lacquer (all rattle cans)