meesterbond Posts: 1,240
October 2017 edited December 2017 in MTB workshop & tech
I've just bought a new bike off t'internet and it came with a 150mm Reverb which is about an inch too long... when the post is full in the frame, the saddle is still an inch or so too high.

So, I was going to swap it for a 100 or 125mm Reverb but I wanted to check a couple of things before I order it.

I'd like to swap the post itself but leave the hose and remote alone - but there looks like there's two different version of connector at the base of the post. The one on mine looks like a hose barb rather than the Connectormajig thing - is that right? 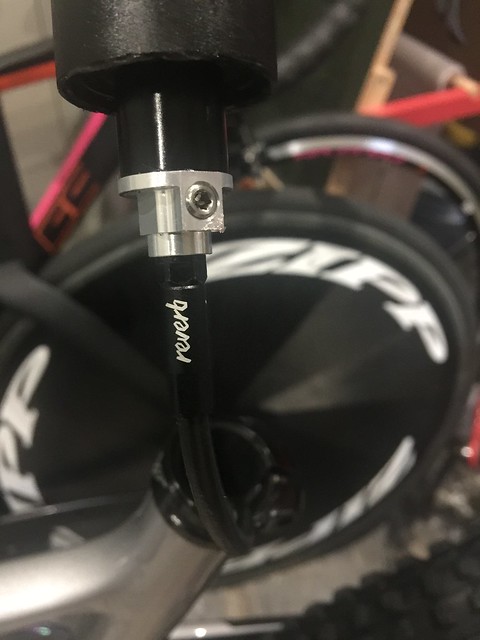 If so, do I have to order a Reverb with that sort of connector or can it take both?

Also, if I swap it carefully, am I likely to get away without a bleed?