POAH Posts: 3,369
October 2016 edited October 2016 in Your mountain bikes
Samuel hasn't shown much interest in bikes till now so we bought him a bike for his 7th birthday. The riprock 20 looked the best bike for the cash with QR wheels, big tyres and disc brakes. Wasn't too fussed about the front suspension but it looks nice. Boost front wheel makes changing it later a bit of an expensive operation (hope pro4 with QR) but they went up tubeless no bother at all with a track pump. Standard bike weights 26.85lb which is slightly tubby but not actually that bad (my kids bike was a beast).

Going to swap BB out as chainline is pretty censored and swap brakes over the SLX as I have them in the garage. From what I can gather the stem is pretty light but maybe a bit on the long side for samuel's reach. Not weighed the bars but may have to trim a bit off the side and may even buy a cheap carbon bar. seat post and saddle are going, far too heavy and pedals are censored for grip but will do him for the time being.

He didn't take too long to get the hang of it, maybe 30 mins before he was going without be balancing him so quicker than his brother he he he he.

His helmet is a Bell sidetrack kids. 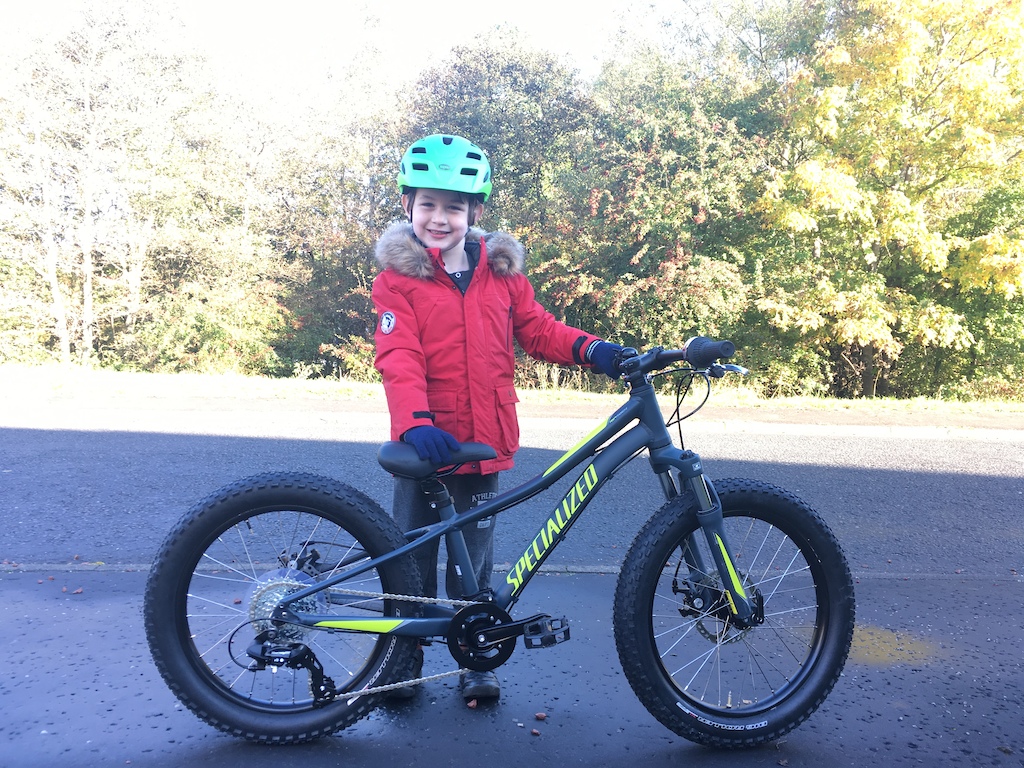