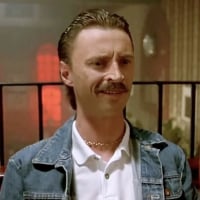 orraloon Posts: 10,552
September 2016 edited September 2016 in The cake stop
The fella is still at it. Manc33 in full flow. Same old same old, and getting the same reactions.

Came across while browsing in another place.

If you are nostalgic for the days you could wander into the strange world(s) of the Mancman, here you go. No need to thank me.
0
«12»