my not very much used Mavic wheels have started to cause me concern.

I can't have covered more than 1000 miles on this bike really, and it's pretty much all been in the dry.

Went for a ride on Saturday, just a 35, and got the bike out this morning to see about washing it, and noticed a rattle coming from the front wheel - there is no valve screw thing, so not that, and the spokes all seemed fine, but a definite rattle.
Next I noticed that the wheel moves left and right between the brake blocks, only a few mm, but noticable, compared to the rear.
I checked the QR, which was tight anyway, but knocked it up a tad tighter, but still the same.

I have yet to examine the front drop outs, but it would seem to be a wheel issue no?

I have to be honest, dabbling with wheels and hubs is not something I have done a lot of, and these are less than two years old, and have only been in service for a year - plus they have led a very charmed life, the bike lives in the diningroom.

I understand Mavic wheels have a 2 year warranty, and I bought these from Royles 22 months ago, do you think I should contact them in the first instance, or is this a diy task......?
I'm bemused as to why it might need new bearings (?) after such little mileage.

EDIT: Damn, have just noticed that Royles appear to be permanently closed :? 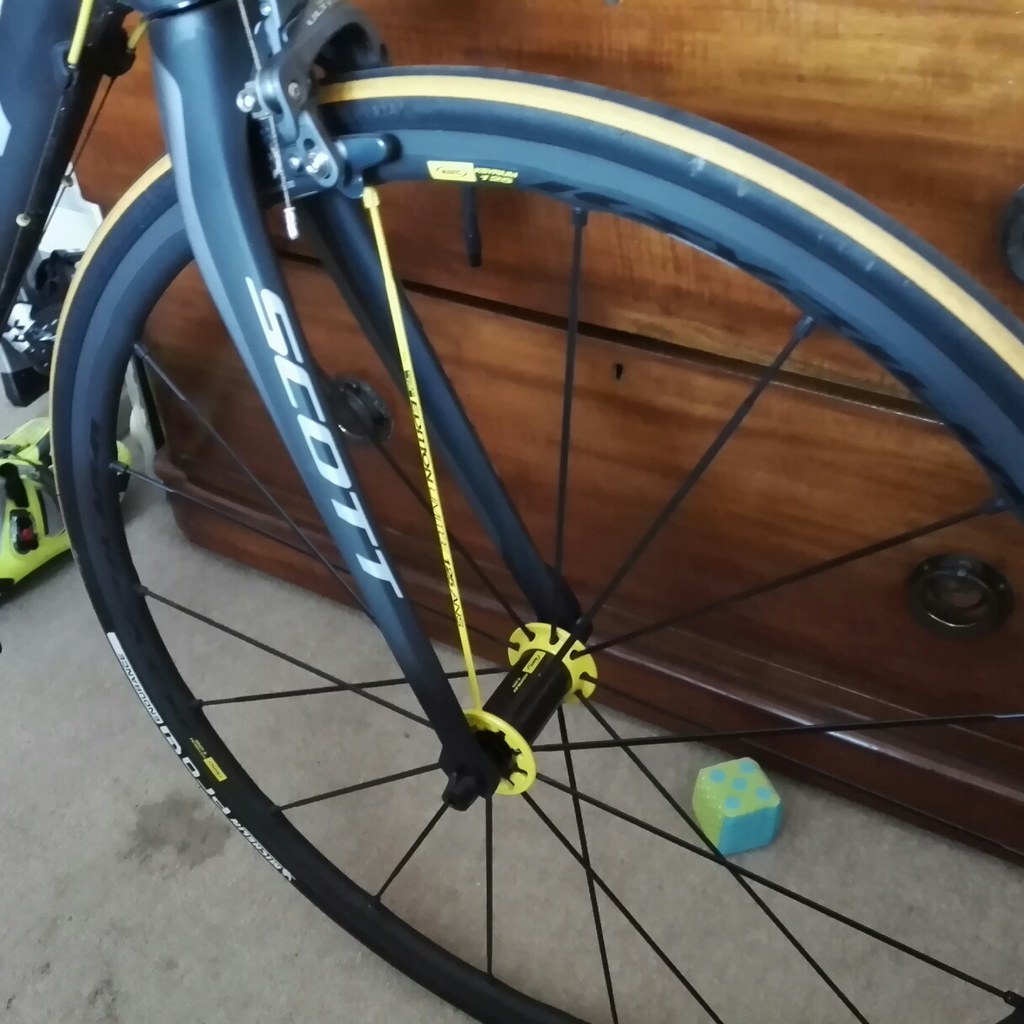