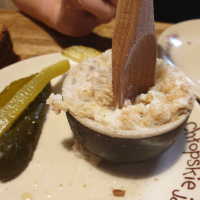 This is what it looked like when I got it built up (just came over from many years mountain biking):
Feb 2009 Then, in Jan 2010 I sent it back to Parlee for a refurb as I was loving road cycling and knew I'd never return to mountain biking. This is what it looked like when I got the frame back:
Feb 2010 and built with the custom sprayed 3T Funda forks and new headset:
March 2013 Now, in December 2013 I once again returned the frame to Parlee for a refurb. I had originally wanted to have the paint stripped off and go back to bare carbon, with a matt finish, but after speaking with Tom at Parlee he told me it was such a labour intensive job stripping the paint off that it incurred a high cost (mainly man-hours), as they had to be certain they removed all of the paint from the carbon weave. So, after deciding that was a no go (from a cost point of view - $1000 minimum quoted :shock: :shock: :shock: !) I had to think of something else, and I decided to keep the same colour scheme but to 'play' with it a little.

Anyway, just before Christmas I received this computer generated image from Tom of what the finished refurb should look like (including new-to-me forks).

Needless to say I'm a little excited!
(no idea what the cost will be though - I was scared to ask).

What do you think?