One Man Team or Plenty of Options? (Graphs)

It shows how reliant the 19 World Tour teams were on a select few riders in 2013.

The first graph shows how many of their (World Tour) points were contributed by those other than the team's top three scorers.

The second shows the percentage of points contributed by the No.1 rider. 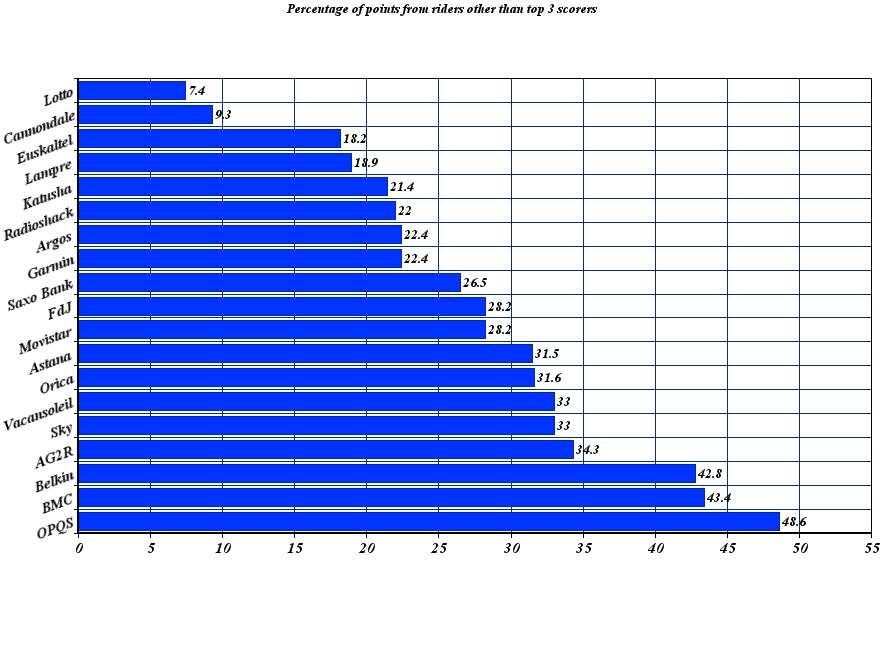 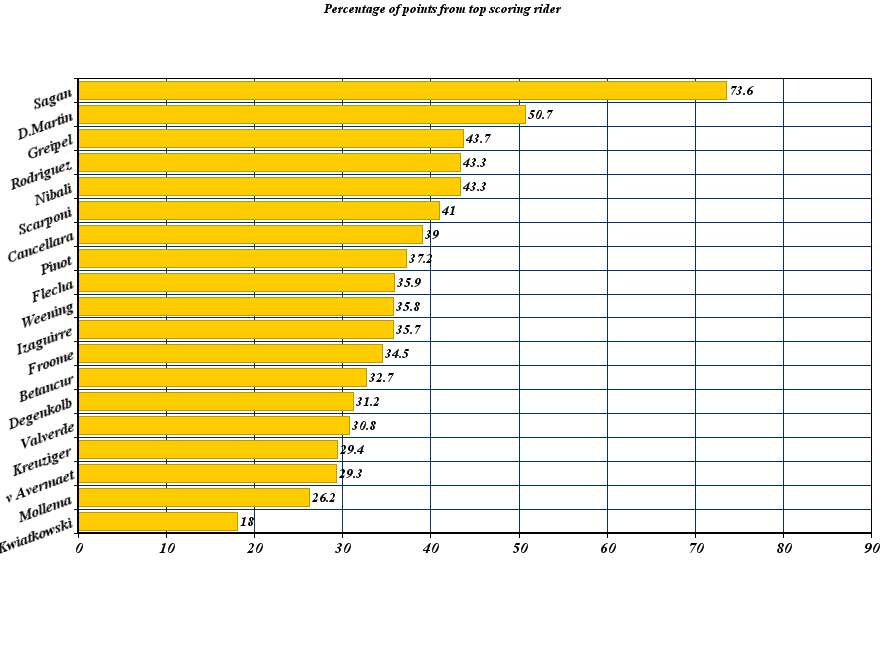