RonB Posts: 3,984
December 2013 edited December 2013 in Pro race
A couple of excellent post(er)s within the 2014 gear thread got me thinking that it would be good to recollect one of the best sprinters of his day. 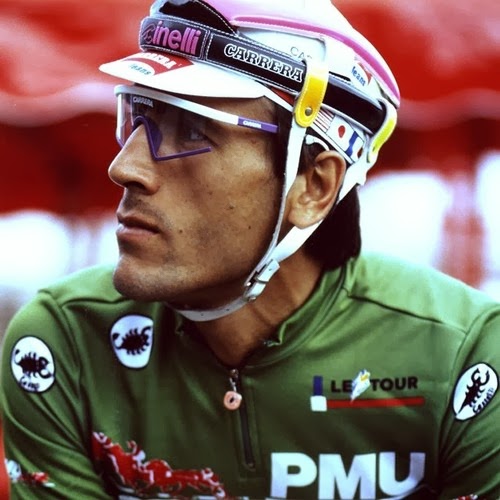 As mentioned previously it is a shame that the YouTube community concentrates on the crash at the end of the 22nd Stage of the 1991 TdF on the Champs Elysees; though it is worth mentioning that after all that he did get across the line to claim the Green Jersey!

Also worth mentioning that he had the ability to get really low and over the bars during a sprint, not unlike Cav though perhaps with a slightly more "erratic" style.