norwichdanny Posts: 105
November 2013 edited November 2013 in Your road bikes
HI all,
Just thought I would post a quick update,
Although the quattro's were perfectly fine, they never really looked the part (vain, I know!) and when planet x had their 12 days of xmas sale I was forced to get these!
The only other addition has been yokozuna cable set.
Put about 500 miles into it now and it seems to get better with each ride.
Only change now will be to swap for a compact as 3 tough days in the lake district in june, i think ill need it!
[img][/img] 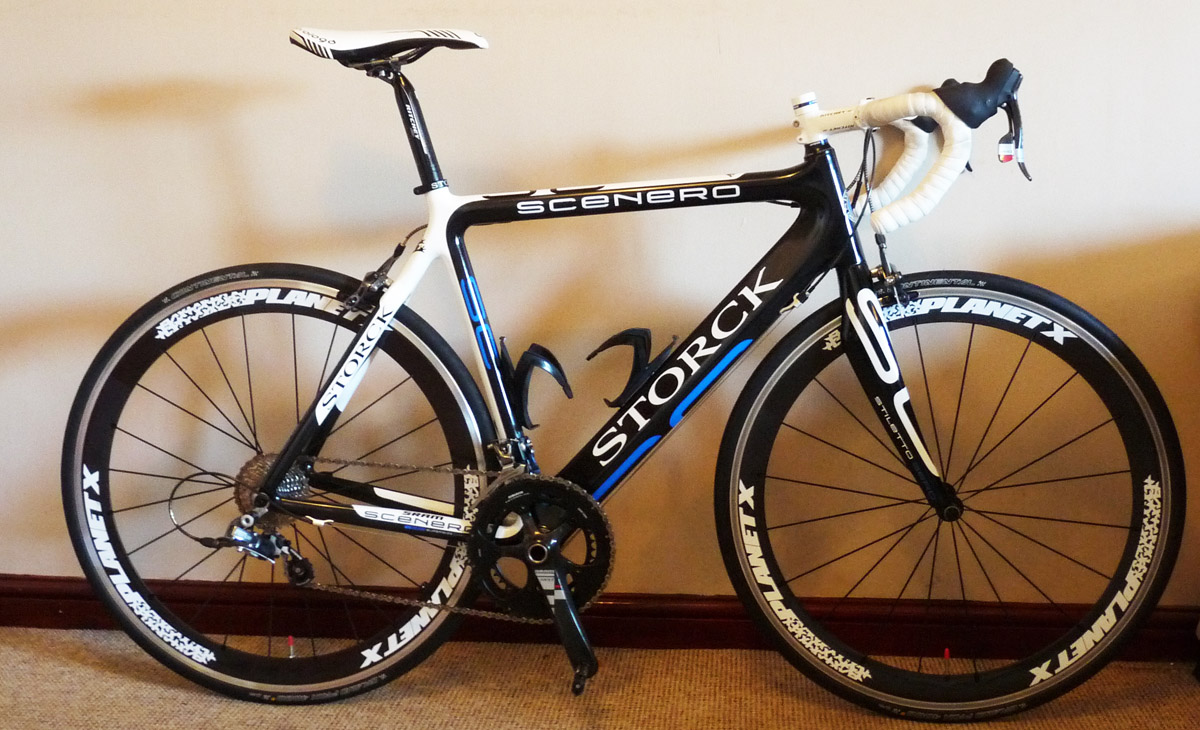 Hi everyone,
I've spent the last 6 months or so collecting the parts for this and finally put it all together a few weeks ago.
It took me a while to decide what i wanted, but I knew that I wanted something a little bit different, so finally settled on a Storck, as you don't see many around here. Quite surprised when the same one popped up a few weeks ago on this forum!
I've also had campy and shimano in the past so was keen to try SRAM.
Anyway here she is with the full spec below.