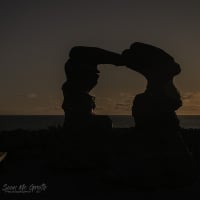 bikeit65 Posts: 962
June 2012 edited July 2015 in Road buying advice
After seeing on here a post from another member about Westbrook Cycles selling Cannondale road bikes at greatly discounted prices i rang them and spoke to Paul Felce to discuss stock levels, bike sizing issues and the cycle2work scheme and he was very helpful, informative and friendly,
so i got the cycle2work voucher off to Paul a few days later and he emailed me to inform me he had received it and give me a delivery date for the bike and he presto the bike arrived on the day.
The bike box arrived intact and it was really really well packed if fact it took me ages to get it untied, unwrapped and removed from the box.
The bike was in perfect condition not a mark on it compared to a previous bike which i bought online a few years ago from a different online dealer, it must have been a shop display model as there was a lot of marks on it and the saddle was also badly scuffed.
So anyone here looking to buy from Westbrook Cycles can be assured of a professional friendly and helpful on line dealer.
I feel it is important for the success of the forum if members post when they get good service and not just bad service.
10/10
https://www.instagram.com/seanmcgrathphotography/
Planet X RT58
Cannondale CAAD 10 2012.
Pain.. Is weakness leaving the body.