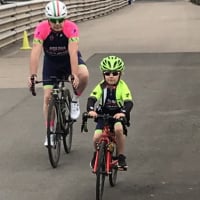 StillGoing Posts: 5,207
April 2012 edited May 2012 in The bottom bracket
So now the FA have decided Roy Hodgson is their man for the England coach job, 'Arry suddenly looks to be needing a decent dinner service for the humble pie he's going to need to eat to win the hearts of Tottenham fans back. He should have negotiated a contract extension with Daniel Levy and pledged his allegiance to WHL while the England discussion was going on, but now the negotiating power lies firmly in the hands of the Tottenham chairman. Business acumen let you down there 'Arry. Given Spurs results since February, is his job at WHL even safe?
I ride a bike. Doesn't make me green or a tree hugger. I drive a car too.
0
«123»