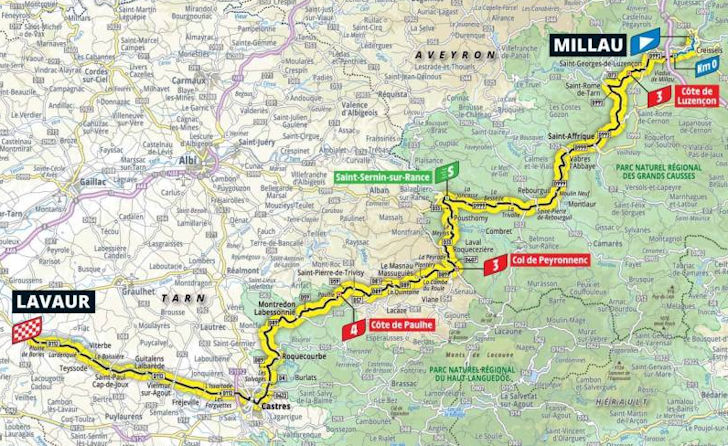 In the areas of Aveyron and Tarn where one doesn’t quite know what “flat” means, the roads are never easy. Other than the hilly course, before visiting Castres, the plans of the sprinters’ teams could be troubled by the wind that can be very strong in the region. In fact, the region is renowned for it.
The stage from Millau to Lavau precedes a weekend of climbing in the Pyrenees. Which does not necessarily mean that this will be an easy day, as racing in the Garonne region is never easy.

The riders start near the Millau Viaduct, which is the tallest cable-stayed road bridge in the world, and set off for a lumpy stage with a number of climbs standing out.

The longest ascent is situated halfway. The Col de Peyronnenc adds up 13.5 kilometres, but the average gradient is doable: 3.9%. Right after a prolonged downhill the riders tackle the second categorised climb of the day. The Côte de Paulhe is just 1.1 kilometres long and slopes at 7% before a last bumpy phase leads onto 40 kilometres on the flat. 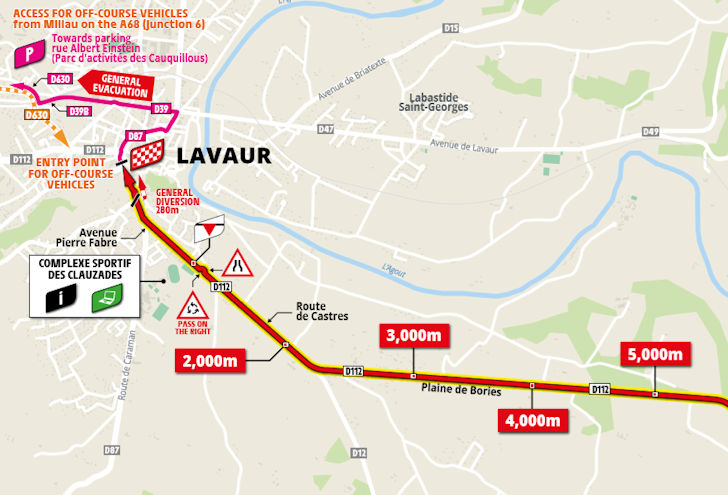 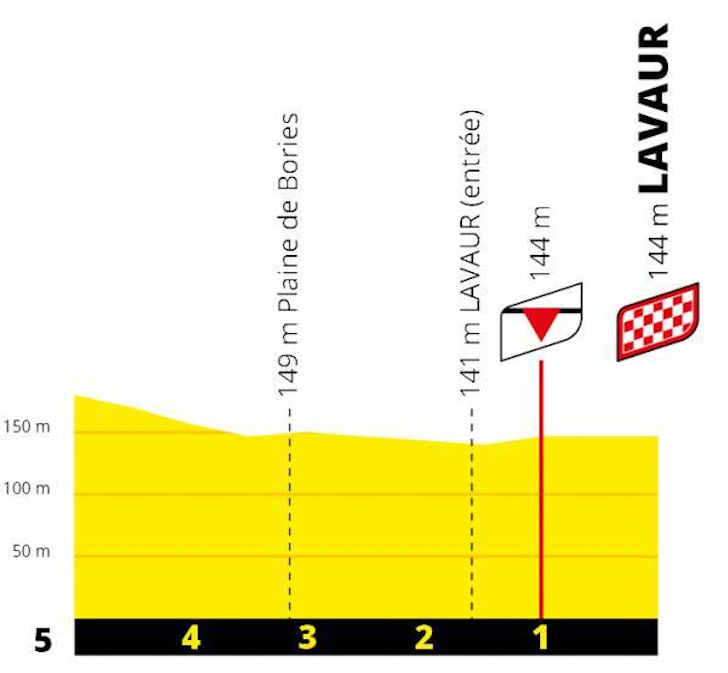 The 7th stage on the Tour de France is far from flat, but the sprinters should be able to survive the uphills. Yet, the Aveyron and Tarn regions can be windy, so echelons could have an impact on how the race unfolds.

Population: 22,800
Left out of the Tour route for 28 years, Millau was back on the map in 2018 for the start of a stage to Carcassonne won by Dane Magnus Cort Nielsen before the rest day. While Ferdi Kubler was the first winner of a tour stage in Millau in1954. Millau has seen many pelotons ride past, especially during the defunct Grand prix du Midi Libre.

On the Tour, the last stage winner before Cort Nielsen was Marino Lejarreta, who finished twice 5th overall in the GC. Winner on the Vuelta in 1982, the Basque rider took part in 27 Grand Tours in his career, riding all three in the same year four times (only Adam Hansen improved the feat by doing it six times in succession).

Population: 11,200
The Tour de France has made it a tradition to come to Lavaur every ten years. A first stage starting in Pau was won by Rik Verbrugghe in 2011 while, ten years later, the unavoidable Mark Cavendish won the bunch sprint for on of his five wins in the 2011 editions. In 2001, Laurent Jalabert seized the polka-dot jersey and kept it all the way to Paris. 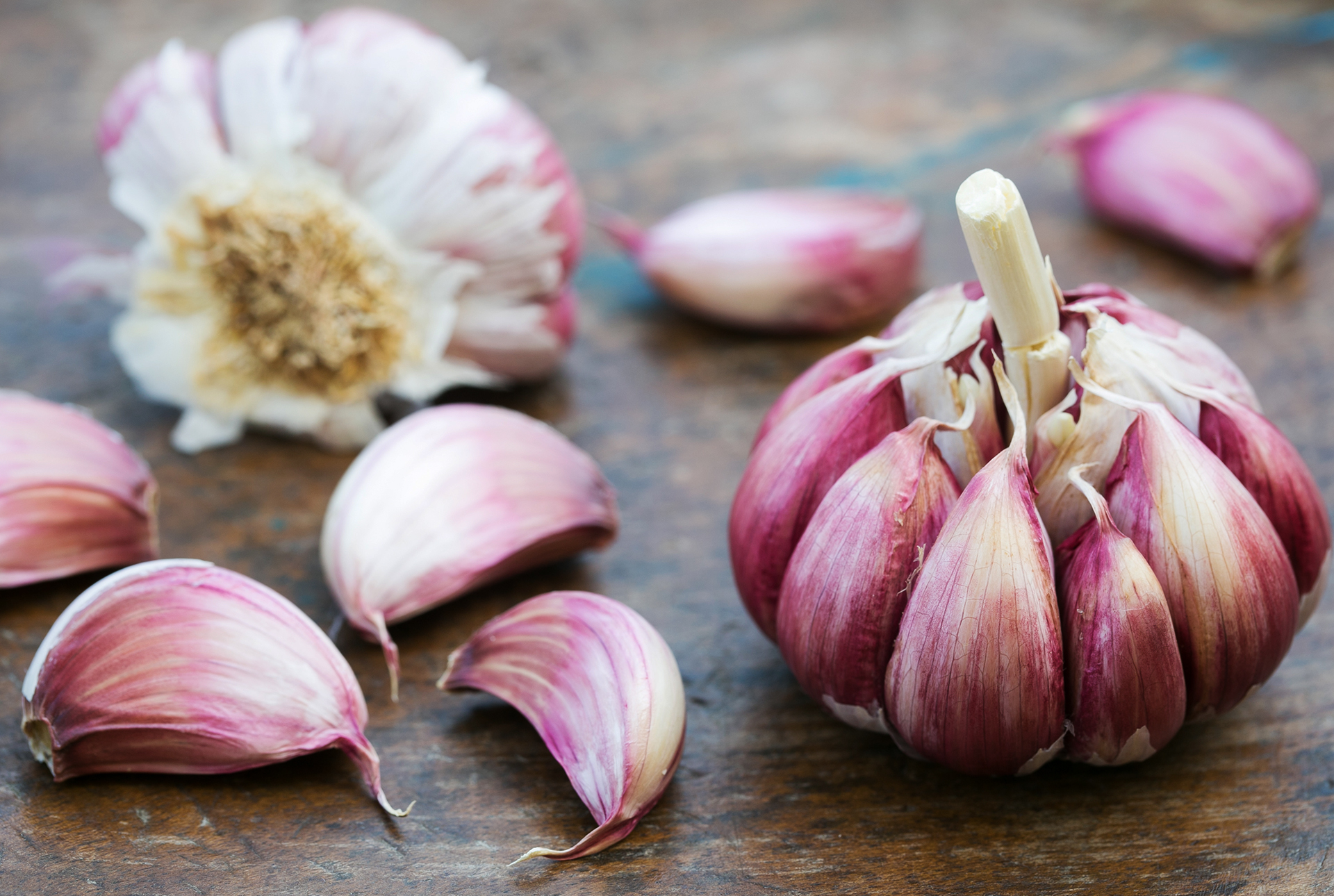 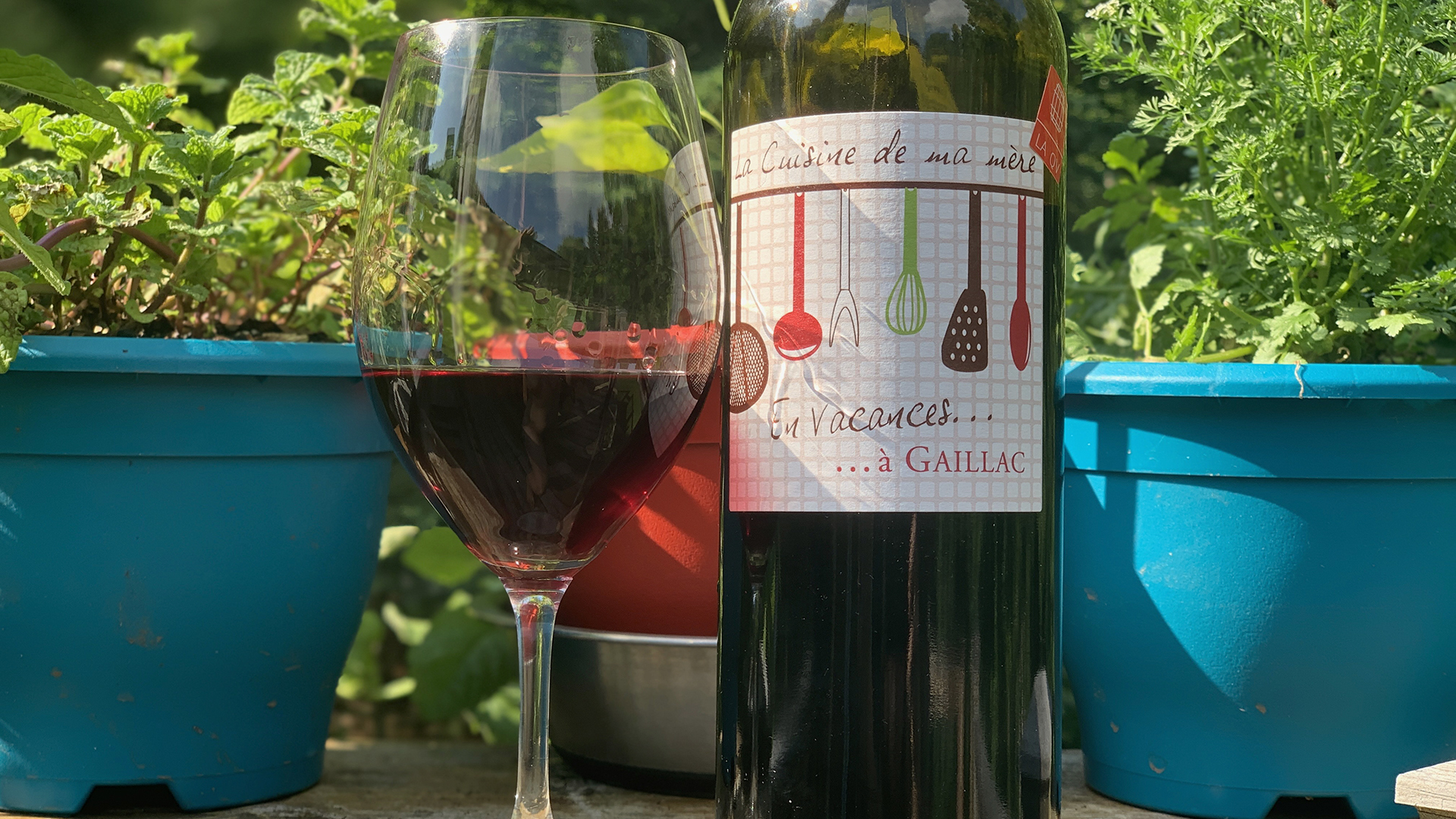