graeme_s-2 Posts: 3,382
January 2020 in Commuting general
I commute on a Planet X London Road with Rival 22. The drive train needed servicing, and I’ve been super impressed the SRAM Force 1x on my new On One Space Chicken, so decided to switch the London Road over to Rival 1x. 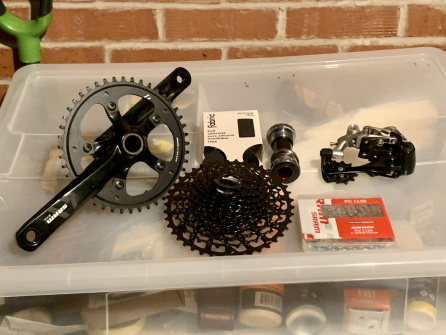 £250 of parts and tools later I’m ready to get going, so this evening I stripped the worn stuff off my London Road, and while giving the bike a clean, discovered this on the drive side chain stay 😢😢😢 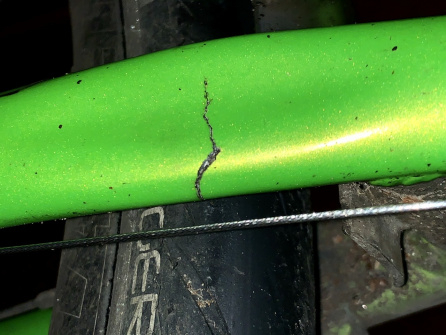 Bike’s not quite done 10,000 miles so a bit gutted. The other thing is I probably wouldn’t have bought the space chicken for general larking about on if I’d known this was going to happen, and now I’ve got £250 of parts and no bike to put them on!