Pyrenees by bicycle - which route? 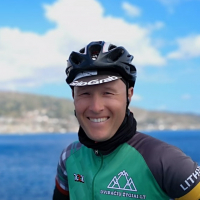 rob796 Posts: 9
19 January in Tour & expedition
Hello, in May I'm planning my 9-10 days cycling trip in the Pyrenees mountains with a road bicycle.

I want to go from Mediteranien see (Llançà or Perpingian) to the Atlantic coast (San Sebastian).
By checking several sources I found several different route options and can't decide which one would be best.

Can anyone recommend a specific moderate/challenging route to go?
In addition, what is the best option to go back from San Sebastian to Barcelona? Train? Bus? Car?

Thank you!
My adventures - https://fullnorth.com/blog/
0